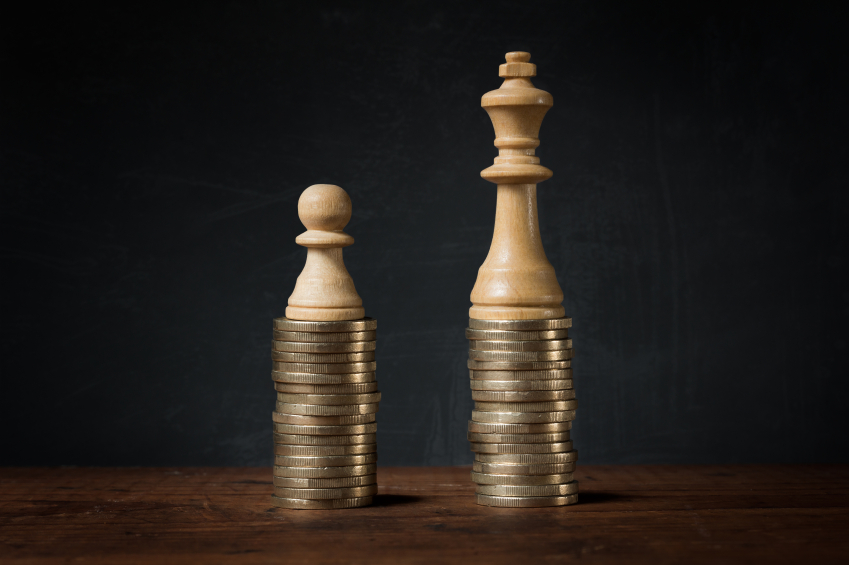 Why is the Government gunning for Australia's best citizens?

When I was a schoolteacher in my early 20s, before shifting to the University of New South Wales (UNSW) to teach economics, a student called Stephen Box taught me a valuable lesson. Box was a champion runner and a good student and gave me some valuable feedback.

Someone in the class had done something wrong and I asked for the culprit (or culprits) to own up. What an amateur! I threatened to keep the whole class in until the ringleaders fessed up. That’s when Box asked why should the good students, who did the right thing, be punished because the baddies are cowards?

I took his advice. As a result, I never lost that class’s support.

It’s pre-Budget softening up time and again the Abbott team in Canberra thinks it's a good idea to spook the goodies — the retirees who’ve planned their post-work days so well that they have a nice nest egg over $1 million. This group of self-funders still get a part-pension and the health card, as well other little niceties that retirees care about.

Last week, the huge story was that Labor might work with Treasurer Hockey to put more slugs and restrictions on retirees with money. I won’t call them wealthy retirees, as the newspapers are tagging, because being wealthy is a relative thing.

Compare this to what Deloitte says a man and woman need for a comfortable retirement. For men, it’s $340,000 and women $370,000 and that’s because women live longer.

Over the weekend, all the newspapers ran with stories about a crackdown on retirees with a million dollars in super and getting a part pension.

What’s worrying for a lot of retirees is a possible new pension asset test designed to win over the Senate and save $20 billion over 10 years. It will also permit a change to the pension payments plan in the 2014 Budget, where by 2017, a two-part
review a year was to be introduced, which would be based on the CPI or inflation rate instead of wages or inflation (or whichever is the higher). The  saving from this change is tipped to be $178 million in 2017-18 but would go to $22.8 billion by 2028!

ACOSS wants to support the 2014 Budget measure that killed the supplement paid to seniors who don’t get a pension because of the asset or income tests. That means a single now getting $858 a year, or a couple pocketing $1295, would lose these ‘government gifts’.

I have no complaints about reducing Canberra’s charity to those with a lot of money in super, but $1 million is a good balance and not an excessive amount.

Two school teachers could have a balance like this. So could mum and pop small business owners, who worked hard, saved instead of spending on themselves, and ended up in the millionaires’ retirees club.

A lot of baby boomers have shockingly small super balances, as shown above, because compulsory super came too late for them in 1992.

On the other hand, other baby boomers, who’d been told that one day they’d get a pension, were then told ‘no’ you have to save for your own retirement. As good citizens, they saved and didn’t overspend. They might have salary sacrificed to catch up on their super or used negative gearing to buy a rental property or even borrowed to buy shares.

They listened to the Government, did their research and even might’ve read articles by media moneymen, like me. They built up their super balances. However, now they’re seen as users, who should be robbed of what other governments said they’d be entitled to.

This is changing the goal posts in the middle of these people’s most important game — life in retirement.

Many of these people have raised kids, paid for private school fees, saved when they could’ve spent and did the right thing. Now they’re being told: “No government support for you!”

As an economist, I get it but we’re picking on these people because we won’t cop:

Scott Morrison, the new Minister for Social Services (a guy I taught at UNSW) and Treasurer Joe Hockey better tread carefully on this one, as a lot of their supporters are in this ‘millionaires’ category. I don’t think the Abbott team can afford to burn friends at this stage of the political cycle.

One last thing. In 2008, many of these millionaires lost 30-50% of their capital when the stock market crashed. They had to build it back up. Now, when they might just be there, the Government thinks it’s the right time to kick them in the butt!

I know it sounds justifiable to tax millionaires but there’s a lot more of them nowadays. A million dollars is not what is used to be. These millionaires are living dangerously long for their super balances — over 83 on average! — and many of them could be your family and your friends’ families.

If politicians had guts, they’d raise the GST to 15% (like the Kiwis) and cut income tax, with an emphasis on lower income Australians. They could also stop spooking subdued consumers, which hurts economic growth and, in turn, hurts the deficit, via less tax collected and more spending on the dole.

Today, the Reserve Bank is likely to cut interest rates and the economy needs it. However, this too will hurt the retired millionaires, who prefer to save with term deposits, which are now around 3% and going lower!

Finally, let me remind you of what Kerry Packer said to the Print Media Inquiry in 1991 about  paying tax to Canberra: “I am not evading tax in any way, shape or form. Now of course I am minimizing my tax and if anybody in this country doesn't minimize their tax they want their heads read because as a government I can tell you you're not spending it that well that we should be donating extra.”

P.S. The weaker than expected jobs number on Good Friday in the States — 126,000 not the 249,000 expected — has taken the US dollar down and the Oz dollar up, which should pressure the RBA to cut the cash rate at 2.30pm today.