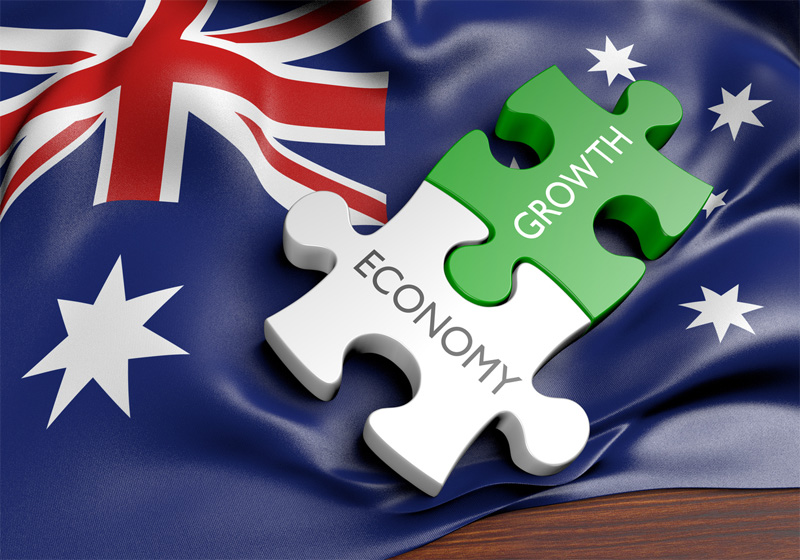 February’s job statistics and the media response made me ponder why so many economists and their media buddies treat the Oz economy like that great singing legend Kamahl?

At the height of his career in the 1970s, Kamahl was often teased for his old-fashioned ways, songs and his ‘uncool’ nature. The oldies loved him but the hipster, cool generation found him corny. And he was often gently teased by the likes of Doug Mulray on Sydney’s number one breakfast radio program on Triple M.

It gave rise to Kamahl’s question: “Why are people so unkind?”

In the same vein, I have to ask: Why are so many ‘experts’ so unkind to the Oz economy?

Provided it’s not rained out, in Sydney tomorrow, the Golden Slipper will run. This is the world’s richest race for two-year old racehorses. Novices might think a tip from a jockey is a great leg up to making money but the racing fraternity thinks differently.

In fact, “that’s like a tip from a jockey” is often used as an observation of derision and it’s what I sometimes think when I see another surprise number from the Australian Bureau of Statistics.

I try not to be hyper-critical of the ABS because it’s a tough job in a changing world. In fact, as someone has to do it (find the numbers to explain the real world) and as I like this number-crunching mob when the story is positive, it’s fair that I try to explain the disappointing jobs report on Thursday for the month of February.

This was the story in summary form:

Now it’s not good news, though it makes sense that part-timers who worked over the Christmas period might lose jobs in February. And it has to be positive that full-time jobs are on the rise.

The St. George economics team had this as a final conclusion: “Nonetheless, above-average business conditions and ongoing growth in job ads suggest that the economy has enough strength to post job gains at a pace sufficient to keep the unemployment rate broadly steady.”

That’s eco-speak for them saying: don’t worry be happy about the economy.

This is what CommSec’s chief economist, Craig James, said about the numbers: “It would be easier to accept the latest jobs data if it lined up with other evidence. But it doesn’t. There have been healthy business surveys in recent months with the NAB business conditions index hitting 9-year highs in January. Mining prices have lifted, the agricultural sector is buoyant, tourist arrivals are at record highs and more homes are being built than ever before. Certainly leading indicators like job ads are pointing higher rather than lower and low real unit labour costs give employers plenty of reasons to be taking on staff. Investors are best advised to move on and focus on the next major economic data which is retail trade, released on April 3.”

This eco-speak for Craig is virtually saying: “I don’t totally trust these one month’s worth of figures and I remain positive based on other data, so move on.”

People with economics training are always suspicious about one month’s data. They also know that unemployment is a lagged indicator. It can reflect what was happening six to nine months ago when the September quarterly economic growth number was a negative 0.5%.

The December growth result was plus 1.1%, which suggests that this jobs report might be a bit dodgy for assessing what’s going on right now.

And remember, the September quarter had to deal with the fallout of the Federal election and the crazy Senate that was elected.

Personally, I can’t wait to see the April and May numbers. I hope their positivity will stop so many economists and media ‘experts’ being so unkind to the economy that soon will break the record for the most quarters of economic growth without a recession! That’s impressive and worth crowing about.