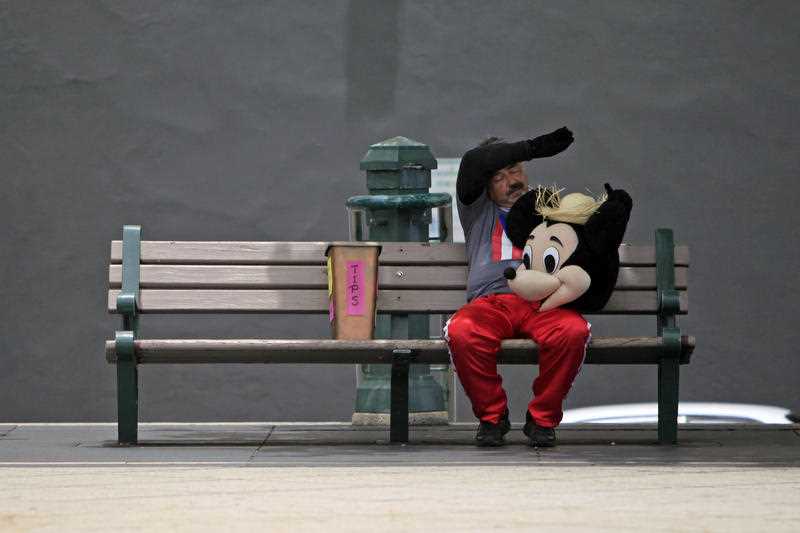 Why is our stock market a dud? Do we have a Disneyland problem?

What’s wrong with our stock market? Yep, that’s the question I get a lot nowadays. Two revelations out today help explain our market’s lethargy.

The first is the offer from Comcast, which is the controlling interest in NBCUniversal, meaning it owns NBC, CNBC, Universal Pictures and a whole lot more media, along with the reruns of Seinfeld! Hasn’t that been a gift that keeps on earning and giving back to NBC?

Hot on the heels of authorities saying yes to a merger of AT&T with TimeWarner, Comcast fired in a $65 billion all cash offer for Rupert Murdoch’s 21st Century Fox, whose share priced spiked 1.8% on the news. But hang on, wasn’t Disney going to buy Rupert’s beloved business, you might be asking?

Well, yes, that was the plan after a shareholder meeting on July 10, but with this new better-looking offer on the table, there could be a change of heart.

Disney had offered $52.4 billion in an all stock deal, so shareholders would be mad to cop the offer with Comcast throwing real money at them.

But this is a side-story for me with the fact that when I jumped out of bed at 5 am to pull this story together, the Dow Jones Index was down about 15 points but the Nasdaq was up 88 points and at an all-time high. This tech-heavy index was excited by the Comcast offer and had spiked higher because of it.

The likes of the FAANG stocks (Facebook, Amazon, Apple, Netflix and Google) have become so big and influential that they are dominating the corporate sector of the USA.

It explains a lot about why the US market has surged in recent years to be up over 300% since the GFC.

Meanwhile, we’re not even up 100% since the GFC and not having a serious tech sector has been a part-cause. The end of the mining boom in 2015 took a lot of wind out of our stock market’s sails. However, with a partial recovery of mineral prices, some of that negativity has gone.

But then we copped the Royal Commission, which will be great for consumers in the future but it will hurt job creation in the financial sector, bank stocks now and super funds now, as they hold shares in financial institutions for their dividends in particular.

As Labor and all the well meaning Aussies out there lined the stands to watch the blood sport of ripping our bank’s bad practices apart in the full view of the media and then the general public, down went share prices.

The CBA’s share price hit a five-year low of $67.22 yesterday, which is a long way from the $80 we saw in February before the Commission kicked off.

On top of that, the CBA had the Austrac debacle, the demand for them to hold more capital from the Murray Financial Inquiry and there have been endless stories of the banks being exposed to a housing sector collapse.

Also, APRA made it harder for the banks to lend to investors and foreign property buyers, which also affected their profit potential.

Just like the way tech dominated the S&P 500 Index, the S&P/ASX 200 Index is dominated by the stocks we have been bagging, bashing and belittling — the banks.

Financials make up around 33% of our key stock market index, which helps explain why our overall market has struggled compared to the USA. And if you throw in Telstra, which on its own is about 3% of the market, these top stocks have had a shocker, while the star stocks of the USA’s top Index have had a dream run.

Right now, we have a ‘Disneyland’ problem, as Disney is a company that has made the progress from the old world of media to its tech age.

Netflix is a classic company. It has taken the old world of media (making and showing great programs, which are now called “content”) and uses the Internet to take money off Aussie consumers, which once might have gone to Hoyts and Greater Union picture theatres.

We are an economy and stock market heavily dependent on financial and material companies, such as BHP and Rio. This latter sector makes up 18.6% of the stock market. This means financials (that have been hammered by the Royal Commission) and materials companies (that have made a bit of a comeback from the drubbing they copped with the end of the mining boom) have all held our overall stock market back.

And this raises an interesting question: how would US financial companies go with an Aussie-style Royal Commission? Luckily for their stockholders, they have Donald Trump and his deregulation of the financial system helping the market over there.

But this raises questions about whether this deregulation in the USA leaves us all exposed to what US banks might get up to. However, I’m more concerned about a US stock market so heavily dependent on tech stocks with such elevated share prices.

These companies have to keep shooting the lights out or else we could see the stock markets give into gravity. I’m not worried now but I will be on a 24/7 watching brief.