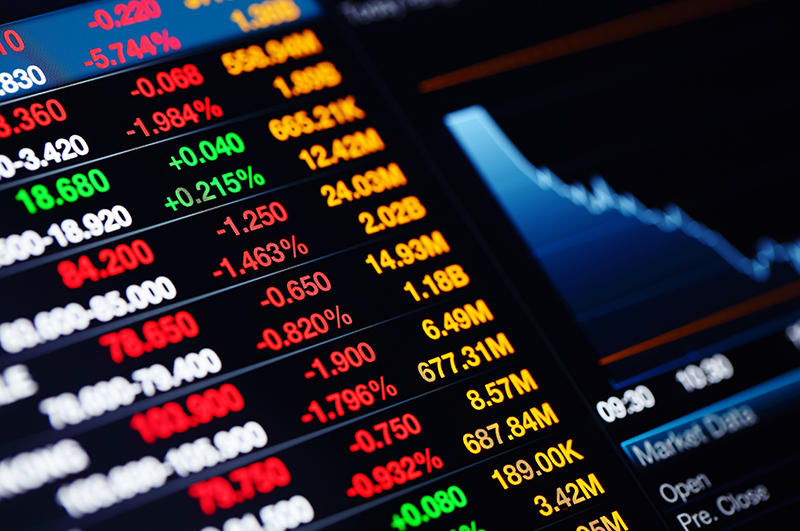 Why I'm getting 'economically' nervous

For a couple of months I’ve indicated that my usual optimism was being tested by some economic negatives coming from recently released economic data. Some of the unlikeable numbers were coming off record high results over the previous couple of years, so you had to keep it in perspective.

Last week I showed you that building approvals are at 205,000 compared to the peak 250,000 not long ago but the current figures are above the  long-term average of 160,000. Also, car sales are down but they were at record highs for the previous two years.

As you can see, it was all positive for consumers in 2018 and the drop from December to January was a biggie, from 104.4 to 99.6 (or 4.5%). That said, the ANZ/Roy Morgan weekly reading of consumer confidence is still above the long-term average of 114 but see how the trend has been falling recently. 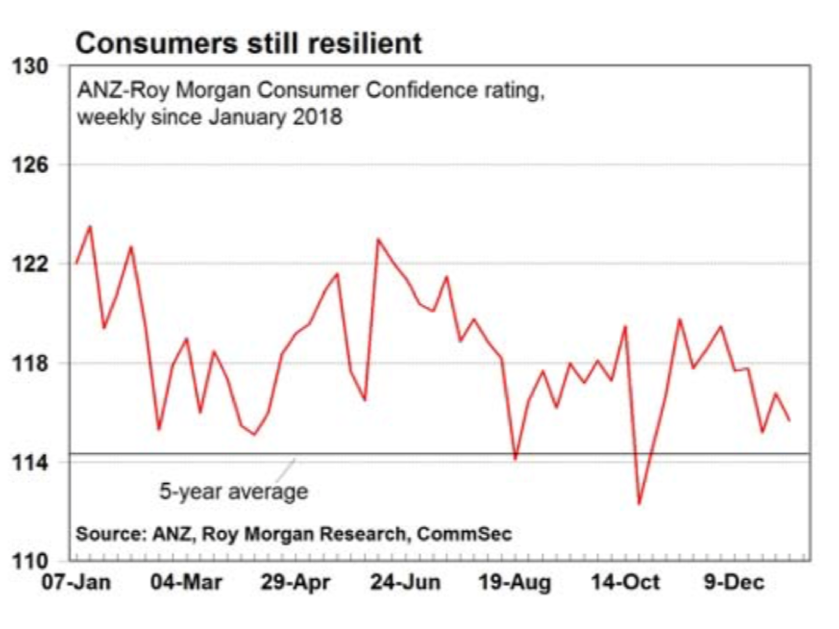 So the consumer looks nervous. I’d say all the house price collapse talk is behind a lot of this because job-creation news has been great. On the other hand, the latest readings from business is really spooky and I hope it’s because you can’t trust stats over the holiday period.

Yesterday, we got the latest NAB business survey and the business conditions number dropped 83% — the biggest slump since the GFC. The chart below shows that but it also shows the GFC was a much scarier event. Note how low the business conditions number went — close to  negative 30 — while now the drop is from +10.6 to +2.2, so we’re still in positive territory but I really hope we see a bounce up next month or my nerves will turn to worries. 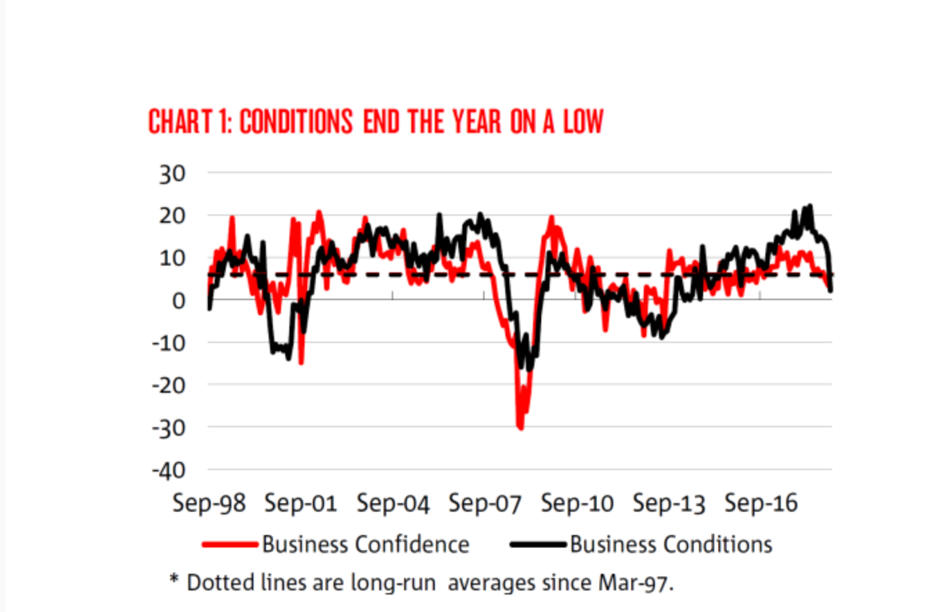 Here’s the story in a nutshell. As I’ve said, business conditions  experienced their steepest monthly fall since the global financial crisis, with retail being the worst-performing industry.

The big take-outs from the NAB business survey were:

·       And business confidence was lowest in the finance, business and property industry category, which has to show the impact of the Royal Commission, the highly-reported house price falls and the stock market shake out before Christmas.

And you can’t rule out the looming election, which historically is always bad for business confidence and retail spending. Making it even more worrying for business and investors, the expected next PM, Bill Shorten, has a more leftish policy agenda, which would affect businesses in real estate and investing-related services such as stockbroking, insurance, financial advice and so on.

If they win the election, remember that Labor’s future Treasurer has promised to implement the Hayne Royal Commission recommendations to the letter of the law. And while these might be socially noble changes, anyone who runs a business is always unsettled by unexplained changes in the wind, so they often just play a wait-and-see game, which slows up innovation, investment and even job creation.

What else worries me?

The house price falls so far, which have been quite measured — Sydney 10% over the year and Melbourne 8.2%, while Brisbane has been flat. However, the media hype is quite intense and has to be unhelpful for consumer confidence. Also, if we see an external threat of a global recession, then the worry factor could help those who think a 30% or more fall in prices end up being right. (I still can’t see this worst case scenario but we are living in a crazy economic world with Brexit, the Trump trade war, the Trump shutdown, Italy and its EU problems and a hell of a lot of debt since the world was rescued from a Great Depression with the GFC!)

The stock market isn’t making me super positive, with many experts thinking we could retest the December lows. And while this is guesswork, all the craziness I listed above makes the case for another sell off believable. This kind of thing even affects my confidence and optimism!

Fortunately the jobs story remains positive but this number can be a lagged indicator because people don’t instantly react to good news and employ or bad news and fire workers. The September economic growth number was lower than expected, with Gross Domestic Product  growing by 0.3% in the three months to September, or 2.8% over the year.

This took annual growth down from 3.4% to 2.8%. I was hoping for a rebound in December but this NAB business survey makes me less positive about this possibility. Not helping was what experts called an unprecedented fall in foot traffic in shopping centres, which could mean one or two things.

It could mean we are shopping more online and going to the beach, which is an attractive alternative, given the weather we’ve seen, or we’re feeling the pinch so we’re spending less. On the other hand, it could be a combination of both.

Tomorrow I’ll look for reasons not to get negative about the economy but, at the moment, with the Royal Commission possibly being really negative for banks and other financial businesses and the damn election in May (including a NSW poll on March 23), you can see why I’m not singing “Always look on the bright side of life…!”