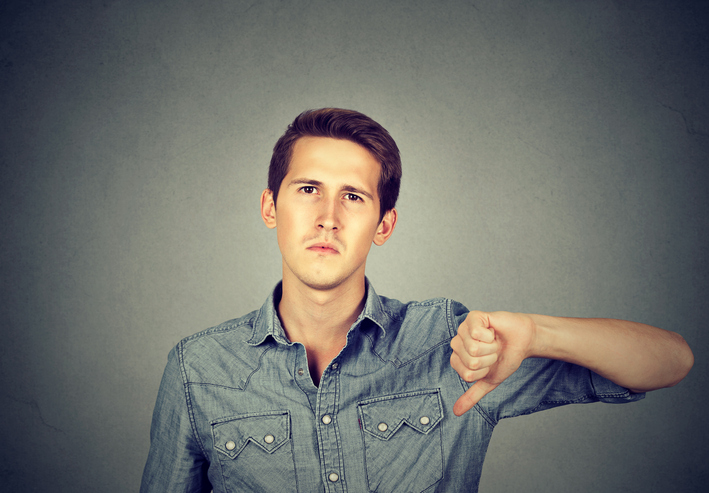 Why I hate whinging and whingers

For crying out loud — what do people want? I’m still getting tweets and emails (though I have to confess not all that many) lamenting my positivity.

And so again I cry: “What do people want?”

Unfortunately, it looks like the answer could be: “The right to whinge without someone like you to keep telling me things ain’t so bad!”

Now let me admit that individuals with specific challenges have the right to say “woe is me” — victims of criminality, industry closures, bullying, excessive discrimination, etc. However, it seems that there are too many of us who think it’s a national right to whinge.

Many of these people aren’t low-income Aussies. They’re more likely to be middle-income types, who hate stuff like high prices of houses in Sydney and Melbourne, slow wage rises, competition from online, international companies such as Uber, or foreign workers doing work overseas that we used to do here.

I understand their pain but this, regrettably, is progress. When Labor reduced car tariffs in the 1980s, people lost jobs and so did workers in the textile, clothing and footwear industry.

A mate of mine — a Labor man whose family were Labor politicians — lost his clothing business because of tariff cuts from his beloved Gough Whitlam! He votes Labor to this day but he’s not a whinger.

I get it. There are many reasons for wanting to whinge but giving in to negativity is never going to be a solution. Sorry for this coaching session, but I feel there are a lot of whingers out there who need some tough love. Note I’m doing this out of love, not spite. I promise.

Now that I’ve dealt with many of the individual reasons why you might want to whinge, let me look at the macro or big-world reasons for not voicing your disappointment with the world.

1. Australia is poised to break the world record for economic growth, which means we haven’t had a national recession since June 1991. We're living through the record-breaking 104th quarter without recession, which means we’ll soon be able to give it to the Dutch, who once were the greatest recession beaters in recorded economic history.

2. This chart of home loan interest rates for the period 1982-2012 shows why there’s no reason to complain about interest rates. Apart from the time in the late 1980s, when rates went to around 16%, the average squeeze from banks for deciding to buy a home was about 8%. You can get under 4% today! If you haven’t got under 4% on your home loan, you haven’t tried hard enough or you have some special issues that prevent you getting these great rates but you should be under 5%. 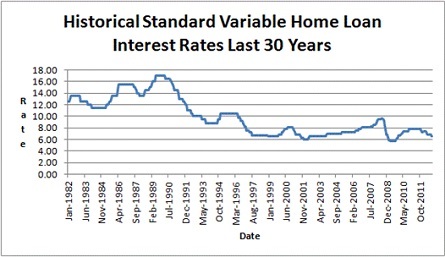 3. Let’s look at the jobless rate over time. This chart says it all.

4. Linked to the above visual case for my position against whinging, is the fact that in 2008, we stared a Great Depression gun in the face and dodged a bullet. Our unemployment rate didn’t go over 6% and sure, we ended up with a big budget deficit. But that’s nothing compared to 10% or 15% unemployment! I didn’t like Labor having to increase the deficit, and they could have spent money wiser, but we dodged a big, scary recession-creating bullet and that’s why I refuse to whinge.

5. I had a TV viewer whinging about the stock market doing nothing for two years. He ignored the fact that it has risen from around 3100 to where it is today at 5800, which is an 87% gain since March 2009. And if you throw in dividends, you could be up 120% over nine years!

Yep, I know we haven’t passed our old low but ‘you know what’ happens and it’s time we stopped whinging and started to look at the great things we have in this country/economy.

When I first did economics, we used to talk about the misery index, which was the unemployment rate plus the inflation rate. In 2014, it was 9% and had just passed what it was in 2008.

I can tolerate low-range complaints in private about the vicissitudes of life but whinging about the economy is a typical new age, first world problem! And whingers needs to stop doing it.