One of the great aspects of the internet has been that it allows anyone to be a commentator.

Why I don't want a lecture in economics from Bernie!

One of the great aspects of the internet has been that it allows anyone to be a commentator. Take, for example, my old mate Bernie, who occasionally thinks it’s time to teach me a lesson or two. Of course, in the pre-Net years, someone like me had to prove to a newspaper editor, a radio news director and a TV producer that I was actually qualified to be given 30 seconds of ‘fame’ three times a morning on Triple M, with the great Doug Mulray in Sydney and the D-Generation in Melbourne.

They were both top rating radio shows, with ratings over 20%. At that time, I had columns in The Daily Telegraph and then The Sun Herald, before being an economics columnist with The Australian, then its Small Business Editor, where I pioneered positive success stories. And I was economics commentator on Clive Robertson’s Newsworld.

On top of that, I taught economics at the University of New South Wales for close on 14 years so when Bernie tried to give me an economics lessons on interest rates recently, I have to admit I was mildly amused. That’s not to say being an economist means I’m infallible in deciphering the future.

However, it does mean I know there’s a history of studying man’s reactions to things like interest rate cuts and other stimulus policies and this is what drives my suggestions to the Reserve Bank (RBA) and Treasury.

On the other hand, on his own admission, Bernie’s “more of a Gerry Harvey — an educator to the layman”.

The guts of Bernie’s lesson that he teased me with in an email can be summed up with the following:

Bernie says he’s in cash as a self-funded retiree and plans to stay there.

To be fair, Bernie asks me not to be offended and I’m not. I’ve always argued if you want to give it, you have to cop it, but I do think he’s way out in his assessment of what’s going on.

If lower interest rates don’t work to stimulate economies and stock markets, then explain these graphs: 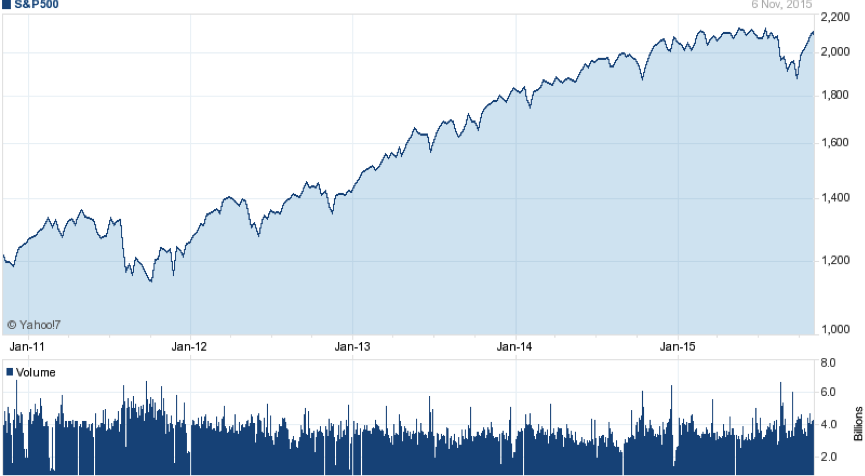 This shows the S&P 500 has gone up from 1,200 to 2,100 since January 2011, which is the period that most people would have been affected by quantitative easing and interest rates at virtually zero.

The next graph shows what has happened to unemployment in the US over the QE period. 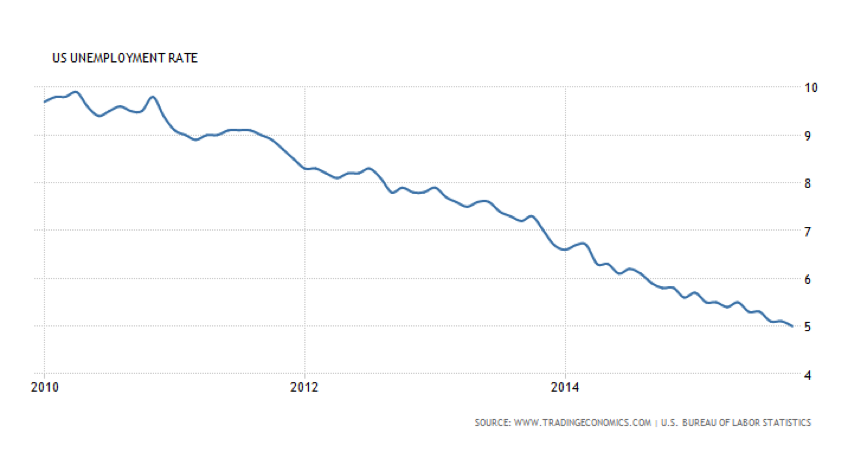 The argument I make is that low interest rates do work, Bernie, but while the Yanks were fast out of the blocks after the GFC, we were slow because China was feeding our mining boom and our banks were world class, safely propped up by the Government as well.

We didn't go into a Great Recession like the Yanks and Europe.

I screamed about the RBA’s slow rate cuts because they delayed the recovery and I’m screaming now. Well, not really screaming yet, I’m complaining now because the Reserve Bank is waiting to see if the upcoming bank rate rises will slow down the economic recovery.

Already we’ve seen APRA’s forced increase in rates for investors has slowed down the housing boom so I bet the threat of rate rises at the end of this month is scaring off homebuyers, who were too cocky and bidding too much for property a few months ago.

Low interest rates do work but they take time. When Dr. John Hewson was a guru of economics in the 1980s, and when I taught with him at the UNSW (University of NSW), we talked about a lag of 12 months or even more when rates were cut or raised. And that’s why I get cranky when the RBA says it still has an easing bias. If you think another cut is going to be necessary because the banks have jumped the gun in raising rates, then I say the RBA should trump them.

Bernie, the RBA could say we think the economy is improving but we don’t want the banks to spoil the show and that could make the average Joe feel less worried about a cut.

And Bernie, you’re a market timer, sticking to cash. Good luck with that. This is a nice piece from Time magazine’s website on timing the market: “Consider some research by finance professor H. Nejat Seyhun: If you had missed the 90 best-performing days of the stock market from 1963 to 2004, your average annual return would have dropped from about 11% to a little more than 3%. More than two-thirds of the market’s gain during those four decades happened in fewer than 1% of  its trading days. That’s doesn’t leave much room for errors in market timing.”

Bernie, you indicated that I had the shock of my life when “the market shat itself” earlier this year. Clearly, you don’t read the Switzer Super Report or Switzer Daily as I kept telling everyone to “buy the dips”.

My portfolio pays me a good yield — miles better than term deposits on your cash. In addition, in more years than not, I get capital gain as well. My capital will go up and down in the short-term but, over time, it grows nicely.

Finally, Bernie, this is the info that drives my investments, not caring observations from a Gerry Harvey wannabe — no offence mate.