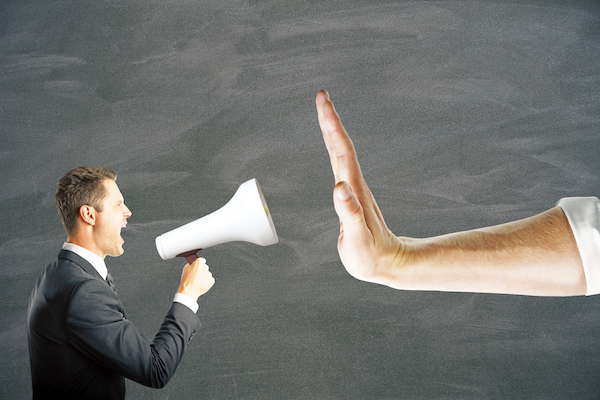 Why I disagree with Adele Ferguson's cap on SMSFs

I feel like a sinner saying anything negative about Saint Adele Ferguson, who I think is a great journalist, but her piece in the AFR on self-managed super funds went too far. Endorsing the idea of a compulsory cap of a million dollars to have an SMSF would be regulation gone mad.

Now don’t think I’m biased because I have a subscriber newsletter called the Switzer Investment Report. I don’t think Adele was writing to protect my sort of clients.

Given we have about 7,000 regular readers out of 1.1 million SMSF trustees and that Adele is trying to rescue those ill-equipped to run their own super fund, I suspect I don’t have a conflict of interest.

Let me objectively look at the main parts of her argument.

“Based on figures released in late April by Industry Super Australia (ISA), Australia's army of more than 1 million self-managed super fund members have potentially wasted billions in life savings over the past few years due to poor performance,” she wrote.

Now before we go on, you have to remember that industry super funds lose a lot of business to SMSFs. These funds are well priced for people with average super balances but as the money in super grows, it can be miles cheaper to set up an SMSF where a million dollar balance can cost you $3,000 a year to run instead of $9,000 at an industry super fund. (If the fund charges a low 0.9% fee but you have $1 million in the fund, the cost is $9,000!)

Adele tells us thhis in a 23-page briefing note on self-managed super funds that crunches ATO statistics, ISA says: “The statistics reveal a sector with widespread underperformance problems, contributing to financial stability risks by adding fuel to the boom/bust property cycle through leverage, which undermines the efficiency of the national economy.”

Yep, I’d agree with that, and that’s why we started our Report.

The ISA note also showed that an “SMSF with a balance between $1 million to $2 million generated a 2.2 per cent return on assets, while SMSFs with balances less than $200,000 suffered negative returns. In contrast, industry super fund members generated average returns of 4.1 per cent over the same period.”

Let’s stop there. I will say that both returns are pretty poor but a GFC really hurt those numbers. The better numbers to look at were the five-year results.

Where I totally agree with Adele is with this observation/comment:

“The sector has inadequate regulation, limited transparency, weak consumer protections and an ability to use limited recourse borrowing, which makes them a target for dodgy property spruikers and other shoddy outfits.”

And I’d agree with her and Peter Kell, the ASIC deputy chairman, who told the Royal Commission that in “nine out of 10 cases, financial advisers failed to comply with the law by not acting in their clients' best interests when advising on setting up self-managed super funds.”

That doesn’t surprise me. In my financial planning business you have to be sophisticated or you have to request one before you go into an SMSF, or you might have an SMSF and you want to keep using it.

And by the way Adele, here’s a story for you. My advisors have often tried to keep people in or put them into industry super funds but these funds have treated our advisers badly, cost us a lot of time and have generally made the experience costly for us. Despite all that, I remain an advocate of industry super funds for many ordinary Aussies but they have cost me money.

Adele got nasty with this one: “Self-managed super fund cheerleaders argue that individuals should be allowed to decide where they invest their super. After all, it's their money.”

I know some unsavoury types might use this argument to justify their cosy little niche for making money but it doesn’t describe the more than a million Aussies who in an SMSF.

I’ve always worried that people ill-qualified to run their own super have been talked into an SMSF by an accountant or financial adviser. I think the regulations need to be made tougher to weed out the inappropriate people.

That said, there are bad APRA super funds that underperform and overcharge. This is why a lot of people have escaped to an SMSF. Others want an SMSF to buy property as they don’t trust the stock market after the GFC and the fund managers who did not protect their super.

Many SMSF trustees prefer a good property (that pays their fund rent) and term deposits so that they have a safe and solid set of investments. Many of these trustees learnt this lesson during the GFC. In fact, the low rates of interest in recent years in part explain why those SMSFs’ returns were so low.

A few years back, ATO stats showed unsophisticated SMSF trustees, who were only in cash when the GFC hit actually, outperformed the best super funds which lost as much as 25% while those in cash were making 5% or so returns!

Finally, a cap of a $1 million stops a 40-year old foreign exchange woman married to a financial planner with $500,000 in their super between them from setting up an SMSF. These people could take their industry fund charges of 0.9% (or $4,500) down to $2,000 (or maybe even less) using an online solution, They could invest in a simple exchange traded fund, which invests in the top 200 stocks and history would say that they would average about 10% per annum. And because they’re young, they could be totally exposed to the stock market, where that 10% return would mean they would, on average, nuke industry super funds or most other funds out there!

Also it’s like the Government being an accessory to the financial sector, when it forces us to put our money into the stock market when property can be as good an asset to build wealth.

Rather than supporting the recommendation of Adele, the ISA and others, who want a million dollar compulsory cap for anyone wanting to start an SMSF, why not make these newcomers (and even existing trustees) do an online course and sit an exam?

After all, we license people to drive a car. And considering the financial wrecks that a badly trained driver of an SMSF can create, why not set up a DIY super test?

Now that’s thinking outside the square.