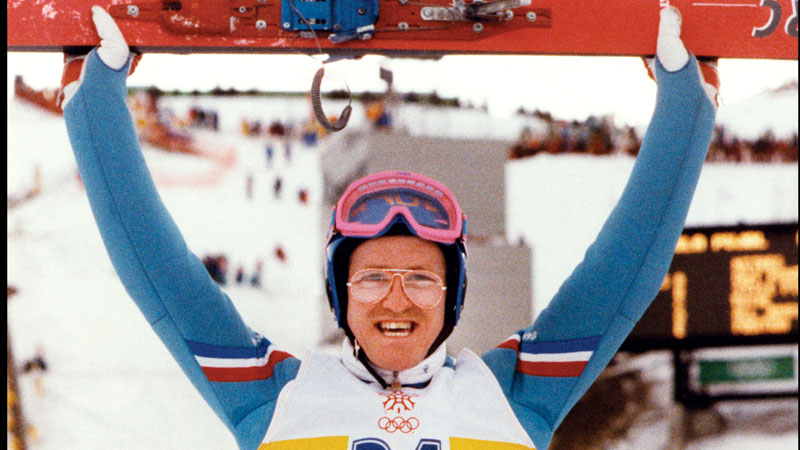 Why has it taken me so long to wake up?

This is one for the unsung heroes out there and unfortunately there’s too many of them.

It’s been a crazy week but it might be just the best week of my life. How come? Well, an overdue penny has dropped, which could make an enormous difference to my life and the lives of the people I value.

Just to put you in the picture, I flew to Thailand on Monday and was limo-driven to a luxury resort at Pattaya, where on Tuesday I delivered a speech to 500 Foodworks supermarket owners and their suppliers. I was then whisked off back to the Bangkok airport and flown home by 7.10am Wednesday to fly to the Gold Coast for another speech.

Yep, it was business class travel – the speaking circuit generally does that.

While I was jet-setting the planet, my son Marty hosted my Switzer program on the Sky Business Channel and my business partner, Paul Rickard, hosted my new radio show on 2UE as well as joined Carson Scott on The Final Count which I co-host when I’m in the country!

Life is good when you have good people in your life.

It has been a hectic but fun week, culminating in another speech at the Melbourne Crown on Friday for the Countrywide group and a weekend in the windy city, which I love, for R&R with my wife Maureen.

I know this is getting pretty personal but there is a point to all of this. You see I started the week crying and it was on the plane en route to Bangkok.

Like most men, I don’t cry much but the loss of close loved ones and my dogs over the years have always brought me closer to my inner-self. However, I have always worried that I didn’t have the same empathy about important things as Maureen and some impressive men I’ve met over the years who really knew how to show their feelings with tears.

So why did I cry? I cried because I watched the movie Eddie the Eagle! Looking at that guy, who over-achieved and lived his dream was inspirational and made me respect what we can do as human beings. I also loved the support his mum showed in fighting his dad, who was a negative, realist and did his best to kill his son’s dreams so he could have another plasterer in the family.

His dad was not a bad guy but was a normal human being who set his goals low so he wouldn’t have to deal with failure. Eddie was the opposite and he was so lucky that his mum was exceptional – she gave up money and good relations with her husband for her son to achieve and was the unsung hero in the Eddie the Eagle story, until the movie.

Fast-forward to Tuesday and I share with the Foodworks team all of the inspirational lessons I picked up from all of my years of interviewing and getting to know the likes of Sir Richard Branson, Jack Welch of GE fame, John Symond, Gerry Harvey, Neil Perry, Mark Bouris, Gai Waterhouse, Janine Allis of Boost Juice fame and many more.

Legends of business success leave clues and that’s what I share with audiences and I’ve been doing it now for 33 years but only recently have I raised my connection level with the people I share my secrets of success with.

A few months back I stopped in the middle of a speech, realising that the audience had great buy-in with my pearls of other people’s wisdom. I also recognised that once my speech is over these changed people for an hour would in all likelihood go back to being themselves.

Change isn’t easy but I don’t have to prove that one to you.

So on this day I stopped mid-thought and said: “If you would like me to share with you any new idea or innovation that comes my way that will make a difference in your business, I will email you when that happens and if you want me to do that for you, then pick up your smartphones an email me now at info@switzer.com.au” and it worked.

After a number of speeches since we’ve got around a 1000 people who want me to help them. Of course, people always want help to build a better business or create greater wealth but not enough people prod themselves to unleash the power within, as Tony Robbins wrote in his best-selling book of the same name.

There is a giant in all of us like Eddie who worked his butt off to go to the Winter Olympics in Calgary in 1988 but not enough of us have prodders and supporters who believe in our dream. 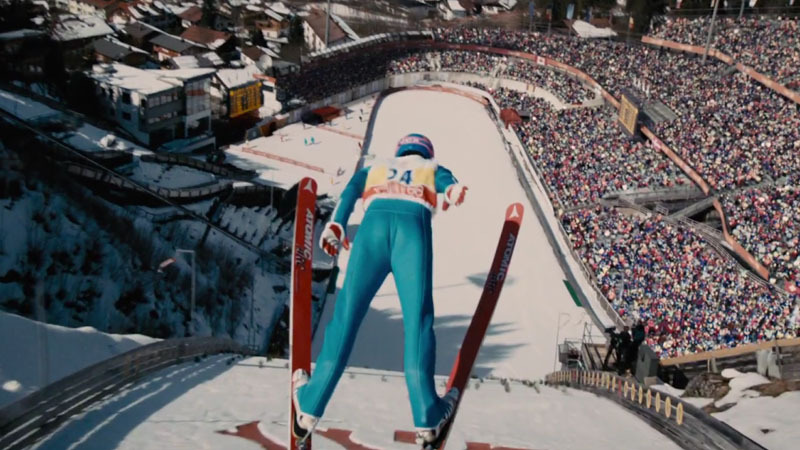 That’s what I’m offering right here right now to anyone in small business or any employee who wants to build their personal brand – I will prod, help and inspire – and all you have to do is send an email to info@switzer.com.au. I want to be a real life disruptor to get as many people as possible doing what Gerry Harvey suggested we all should try to do – “exceed our own expectations!”

My success and in fact my entire families’ success has a lot to do with the prodding and support my wife Maureen has given to the people she loved.

It started with me, who was pretty happy with his life as a teacher then UNSW lecturer, which in fact was inspired by Maureen’s work on making me exceed my expectations.

As a woman who topped the university in law and won the Dean’s prize, she was someone who could have done it all for herself but she decided to back her family – like Eddie’s mum – and a lot of the success for yours truly, my sons Marty and Alex and my daughter-in-laws – Jess and Renee – was because she backed the people she loved. She will do the same for our granddaughter Sloane and our upcoming baby grandson.

We were so lucky but the penny dropped that I have not shed a tear for what she gave up to help us win and that’s why I’ve written this story today.

When you are in the whirlwind of success it’s too easy to forget the people who helped you along the way. For those who want to be in that whirlwind, I recommend you find the mentors, the prodders, the educators and the ‘Maureens’ that will help you make it happen.

Nowadays Maureen is the chief judge for NSW on Telstra’s businesswomen awards and on the most recent awards night the women who came up and thanked Maureen for her guidance and support made me feel so proud. It also made me feel a little guilty that those who have only had a small brush with her inspirational powers were so thankful!

I really should have learnt that lesson then but us men can be slow learners and it took Eddie the Eagle to make that damn penny drop.

In my speeches I often tell the Maureen story and say how she volunteered to be my life coach when I was in my early 20s, though I didn’t know I needed one!

I say she watched me like a labrador watches a BBQ sausage just off the hot plate and not only did she tell me what was wrong with me, she also told me how I could fix up my problems!

I often joke to an audience: “That’s why I say behind every successful man is a pretty surprised woman!”

Interestingly, when I told Maureen about the little routine I use involving her in my speeches, she quickly retorted: “And what can I say you have done for me?”

Apart from being a great bloke and an involved dad, my list was too short to boast about.

It’s time that changes and I’m imagining how successful we will become when I give her what she gave me.

At times I might not have empathy with the people I love but I do feel at one with Homer Simpson. Doh!