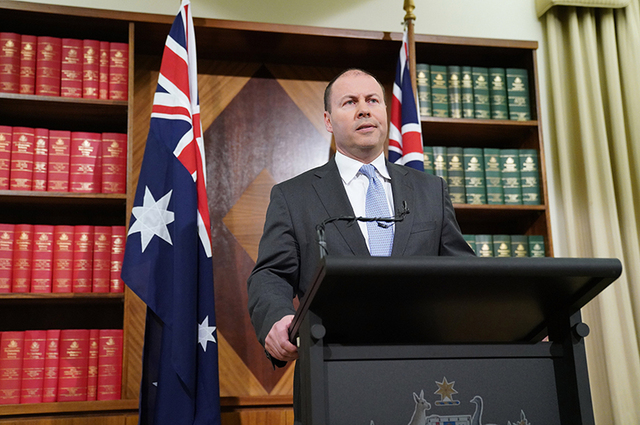 Why Frydenberg should learn from Shorten and Napoleon

Treasurer Josh Frydenberg should learn from Bill Shorten’s courageous admission that he screwed up on the franking credits issue. He said he “misread” the community anxiety about the issue and thinks he should have offered more tax cuts to Australians earning less than $125,000.

But Josh and Labor could do well by studying the battle tactics of arguably the greatest military tactician ever — Napoleon. I’ll focus on the Napoleonic lessons later. For now, let’s stick to the here and now.

Bill’s mistakes were many and those slow learners called politicians really should have a good read of this story of mine and resolve to give up their self-assured, hubris-laden ways.

The classic example of pollies who are misguided are the Greens. Let’s assume they have a noble goal to reduce man-made climate change. But who’d know that, given the fact that they jump on every alternative policy option, no matter how left-leaning and loopy the idea is.

What this does is keep their constituency happy but doesn’t grow it. The Greens should be educators and provers of their argument rather than looking like watermelon reformists — you know, green on the outside and red on the inside!

At the height of his radio ratings, John Laws used this great watermelon insult for the Greens and their current electioneering shows they’ve done nothing to change that possible unfair view. Like most politicians they have a hubris problem. As with most problems political, it’s a leadership issue.

Back to Bill and his overdue smart analysis that he “misread” the community on franking credits. When I was asked by a retiree at a Switzer Strategy Conference about what I’d do to fight Bill’s “unfair assault” on self-funded retirees, I said those affected  should get all their heirs together and simply tell them that if Bill wins, their inheritance will be shrunk!

On our website, Bill Shorten stories on how they would affect retirees, property investors, investors generally and small business resulted in a five-times greater readership per story! We saw how impactful these policies were so why didn’t Bill and Labor?

Hubris is the answer. They don’ understand the big issues affecting the majority of Australians. Every politician should know that Aussies on average love:

• Their parents and grandparents.

• Their houses being more valuable.

• Footy (whatever their preferred variation).

• Local high-achievers who wow them on the big stage.

• Underdogs who defy the odds.

• And leaders who don’t look like they’re too rich or too trade union-led.

I could go on but that’s a pretty good list. Bill and Labor threatened self-funded retired and soon-to-be retired parents and grandparents and I guess their kids saw that. Why didn’t Labor? They were appealing to their converted followers and ignored the swinging voter, who ultimately decides elections and what we, as a country, stand for — like it or not!

My advice to Labor and anyone interested in leadership is to read John Maxwell’s book The 21 Irrefutable Laws of Leadership because there’s a lot to learn about leadership. And Maxwell argues you can learn how to lead.

Now to Napoleon, Josh and Labor.

Forbes recently looked at the business lessons that could be learnt from Napoleon as a military leader.

“Napoleon won nearly 90% of his battles, a remarkable statistic for a coach, but unheard of for a military commander,” wrote Forbes contributor, David Carlin. “Napoleon’s great adversary, the Duke of Wellington, was once asked who was the greatest general of his age. Wellington replied, ‘In this age, in past ages, in any age, Napoleon’.”

I won’t try to pass myself off as a military tactics expert but Carlin says Napoleon was great at focusing on one big goal. He wasn’t a multi-tasker, which largely explains why he did so well until Britain, Russia, Prussia (the strongman of Germany) and Austria joined together to end the Napoleonic era, during which time he virtually conquered most of Europe.

Napoleon explained his success this way: “The secret of great battles consists in knowing how to deploy and concentrate at the right time…[and] being always able, even with an inferior army, to have stronger forces than the enemy at the point of attack.”

A recent Stanford Study showed multi-tasking hurts productivity and performance and UCLA scientists have shown that pursuing multiple new habits makes us more likely to fail at all of them.

In his seminal business book Good to Great, Jim Collins showed how having a Big Hairy Audacious Goal (or a BHAG) was at the core of business success stories, not a multi-tasking goal!

It’s too late for Bill but not for Josh or Labor. If Bill had said “I’ve got a bagful of great ideas but first Labor must get the economy growing, add to jobs, get wages rising while helping businesses boost profitability to pay for fatter pay packets”, then he just might have won the unlosable election.

Josh can’t wait for the RBA’s rate cuts and his too small tax cuts to ramp up the economy. Our economy is at a crossroad — we could spurt higher or slump lower — and Donald Trump, with or without a trade deal, could be critical to our economy.

Josh needs to get on the front foot and start stimulating the economy via tax cuts and spending, which might mean no more rate cuts, which reduces the likelihood that a house price boom restarts.

Both business and consumer confidence is the weak point and this is the area Josh needs to attack with pro-economy policies. Meanwhile, Labor should spend the next three years learning how to help employers, who pay the voters of Australia and have a big role in making their personal, family and economic dreams come true.

P.S. A few years back, Labor asked me to interview Chris Bowen after a Bill Shorten Post-Budget reply. I thought it was great that Labor invited me to do the interview rather than a biased Labor lover. I played the interview objectively and a lot of people in the audience (made up of MPs and Labor heavies) didn’t like it. I think I might have talked to the waiters after the session because few others wanted to know me. It made me think: “Well, the Labor guy who booked me got it — he was in PR — but the rest of the Party has a lot to learn. I hope the May 18 election result has helped them open their eyes and ears to discover who they aspire to lead.