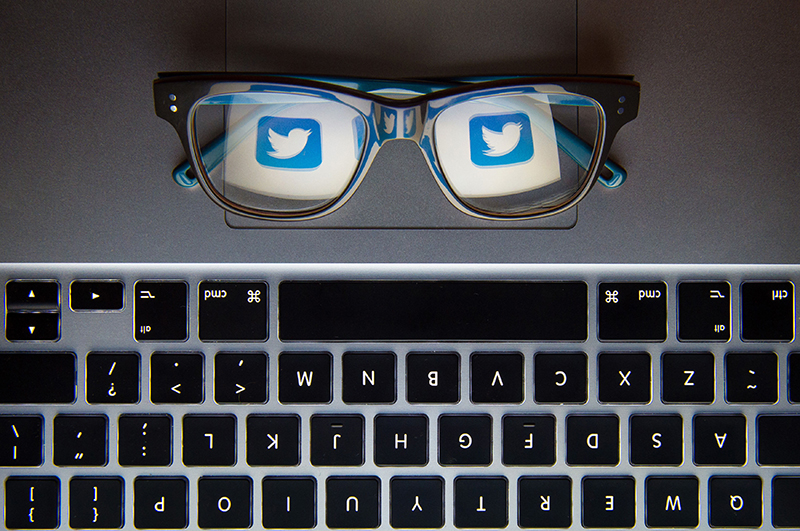 Each week I try to search for something a little outside the square for my Weekend Switzer piece. Over the course of the working week I try to make sense out of the stock market, the economy and the crazy Canberra team for purely making money reasons.

But when it comes to the weekend I test-drive some of the higher order issues in our lives that could influence the way we think and react in both our working and social lives.

One of the big lessons I drew out of that legendary book Think and Grow Rich by Napoleon Hill (written in 1937) is that personal development can’t be separated from goals to become a better business grower, a more promotable employee and successive wealth-builder.

Sure, some unsavory types do get rich but my observation of successful people is that they tend to be good leaders, good role models and committed to self improvement.

It’s in this context I ask the question: why does Twitter breed nastiness rather than wisdom? After all, it is a forum for debate but all too often it seems to give opportunities for nasty smart Alecs to show how nasty they can be in less than 140 characters!

I must admit most of my tweet-feedbacks are supportive but if you get too controversial, as I did this week, you can face a hurricane of nastiness. It argued that negative gearing for baby boomers might have been acceptable because these older Aussies have missed out on compulsory super, unlike all young people who have a job.

On my calculations, many young people will get the equivalent of a million dollars today in retirement in 30 or 40 years’ time, so their super will be like, or even better than, property. And if over time they do buy a property, they will be better off than many baby boomers.

But the reaction by some was like I’d robbed a kiddie’s piggy bank rather than I was an economist just putting an argument out there that older people buying properties in the past could be simply making up for the fact that their super was terrible.

Also a lot of people hate the stock market, so given the tax laws and the tax rates, negative gearing into property just made perfect sense.

When I explained this to one aggressive tweeter he did reply: “Thanks for explaining that”, which was a nice reply-tweet but there was still a lot of nastiness left out there in the ‘twittersphere’ and I’m curious to understand why.

One of the greatest insights I have gleaned from being an academic is the value of debate and valiant attempts to be as objective as possible. That said, even academics have had trouble with self-absorbed nastiness. When I was teaching economics at the University of New South Wales, we used to have a lunchtime get together where someone would explain the latest work they were doing and we were meant to listen and give feedback.

Now because these were people who were pretty smart and proud of themselves being academics at a very good institution, they had high opinions of themselves, so they’d rip into each other’s work. To put bluntly, it was a ‘shit-fight’ and, over time, less people showed up and the lunchtime get together ceased to happen!

Only one of those economists amounted to much in terms of fame and the only one who did, did it in the media and was famous for being the rudest of so and so! Smart but rude, I guess like Mark Latham, and it wasn’t me!

The point I’m making (as I said a few weeks ago) is, as the English poet, William Blake, virtually said (but in poetry-speak): “Without controversy there is no progress”, though he didn’t add “but don’t be rude”.

The old Voltaire expression of a love of free speech, which scholars now tell us he never said: ““I disapprove of what you say, but I will defend to the death your right to say it,” has been something I’ve felt strongly about for most of my grown up life. There are exceptions I would argue, even to that, but negative gearing versus super is not one of them!

The willingness to debate something has generally led to self-improvement and this has been the standout characteristic of the high-achievers I’ve interviewed and analyzed over 30 years in the media — they’re into self-improvement.

This week I interviewed Hamish Douglass, the co-founder of the Magellan Financial Group who listed his funds management business in 2007 with Chris Mackay — the year when the GFC started — and his expertise in investing in overseas companies has seen him create a business with over $50 billion under management. That’s fifty billion dollars!

Hamish said he had an epiphany when, as a young man Chris, who was older, gave him a stack of old Berkshire Hathaway Inc. annual general meeting notes, which gave him insights into the thinking of Warren Buffett, who is regarded as one of the best investors of all time.

It’s the power of leaving yourself open to new tricks and nasty insults when you see or hear something you don’t agree with invariably leads to more of the same from another party.

I’ve been lucky in my lifetime that my wife Maureen always had the guts to be objective, and sometimes subjective about my weaknesses and was always willing to give advice about how I could fix myself up. That said, she also was a strong advocate of my strengths as well and so a lot my self-improvement over the years is down to her and the debates she instigated.

Of course, I brought to the table the strength of a willingness to listen to the barrage of criticisms I’ve endured over the decades— sorry, I mean objective observations — however, I have been the greatest beneficiary.

This is why Twitter worries me — it’s got a tone about it that discourages debate unless you have a hide as thick as my old mate — Peter Fitzsimons — who loves the cut and thrust of insults and counter-insults. Pete uses Twitter to get the world straight on everything from not eating sugar, the need for a republic and an even greater need for people to see the world from his more sensible point of view.

Jamie Bartlett writing in The Guardian newspaper opened an opinion piece in the following way: “There’s a new consensus about what social media is doing to public life: it’s making us meaner to each other.”

It explains why usually normally nice people can tap out outrage against dimwitted politicians, silly celebrities and tired and emotional sportsmen.

Bartlett puts it brilliantly with this: “In 1990, the American lawyer and author Mike Godwin proposed a natural law of the behaviour of Usenet newsgroup conversations: ‘As an online discussion grows longer, the probability of a comparison involving Nazis or Hitler approaches one.’ In short, the more you talk online, the more likely you’ll be nasty; talk long enough, and it’s a certainty. (Godwin’s law can easily be observed today on newspapers’ online comment threads.)

I loved the idea of the ABC’s Q&A, being brought up on Monday Conference, when I was young and much more left, until the audience booing and the insulting texts became insufferable.

When normal people act abnormally bad via the protection of a computer screen, the US academic, John Suler called it the “online dis-inhibition effect.”

Social media has created filter bubbles, where similar people ‘hang out’ with similar-minded people and so Donald Trump fans dismiss news that is anti-Trump as “fake news”, while progressive liberals see criticism of their world as “redneck stupidity” that leads to people saying one thing in political polling and another thing inside a voting booth!

I call it tribalism gone mad. It’s controversy that doesn’t lead to progress and I hope eventually great role models will take control of social media platforms such as Twitter and Facebook to increase the propagation of wisdom rather than fear and loathing, but I think this is optimism that’s even hard for me to believe in.