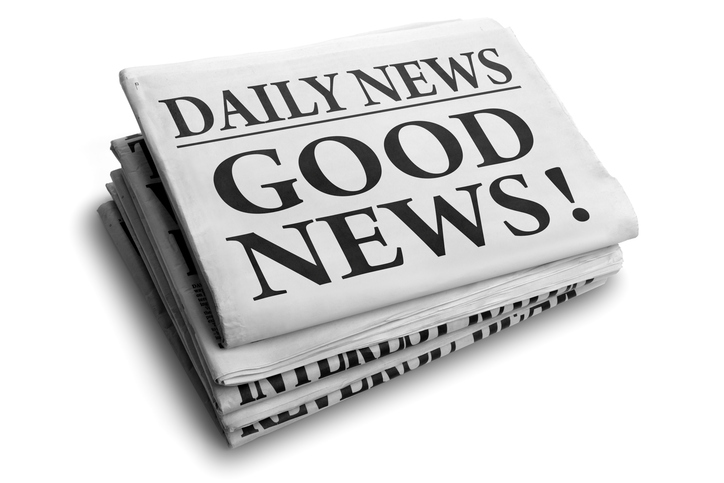 Why does the media avoid good economic news?

We Aussies got some really good economic news but not one newspaper website gave it any headline prominence! However, despite the reluctance of the fourth estate to care about business conditions being at a nine-year high and business confidence being at the best level in three years, the better news on the economy is at least getting some media airing.

Yep, I have to be fair on my media buddies, because last Wednesday the AFR led with “RBA gets bullish on economy”, which actually made me keep that newspaper I got on my plane trip to Melbourne, ahead of the birth of my grandson, young Ted!

I saw it as a good omen but, as you know, I do stretch my neck to find reasons to be optimistic on Australia.

The positive headline in question followed the new Reserve Bank Governor, Dr. Philip Lowe, giving our economic outlook a pretty solid thumbs up. His effective message was to forget about talk of a technical recession after the negative quarter of economic growth in September, because the December quarter looks good.

Dr. Phil tipped we were in the 3% growth region for the next two years, which put him at odds with a Fairfax survey of 27 economists, who had average growth of only 2.4%. In fact, quite a few were much lower, which brought the average figure down.

Along with Treasury, six economists were in the 3% club and HSBC’s Paul Bloxham was at 3.4%. And after the business reading yesterday, he might come out as the champion economic guesser of the country in 2017.

Be that as it may, I like it when the RBA, the body with the most credibility for economic forecasting, agrees with my assessment that economic things look a lot better than the media is portraying it.

Sure, I’ve disagreed with the RBA on the state of the economy in the past and when they should cut rates. However, being occasionally wrong doesn’t mean you’re hopeless at forecasting. The RBA is a market-moving body because it has credibility and firepower.

Another important implication of Dr. Phil’s speech last week was that it said the economy is doing so well that it won’t need another interest rate cut. And this partly explains why the Oz dollar is testing the 77 US cents level.

And yesterday’s solid NAB business survey reinforces all these good tidings on the economy.

In case you missed it (and I suspect you did):

Call me an economist but I reckon this is the kind of news every Australian should hear but especially those of us who invest in businesses and create jobs.

And if the media won’t tell it as regularly as it should, then the Prime Minister should appoint a Minister for Good News and he or she should be forcing the media to cover it!