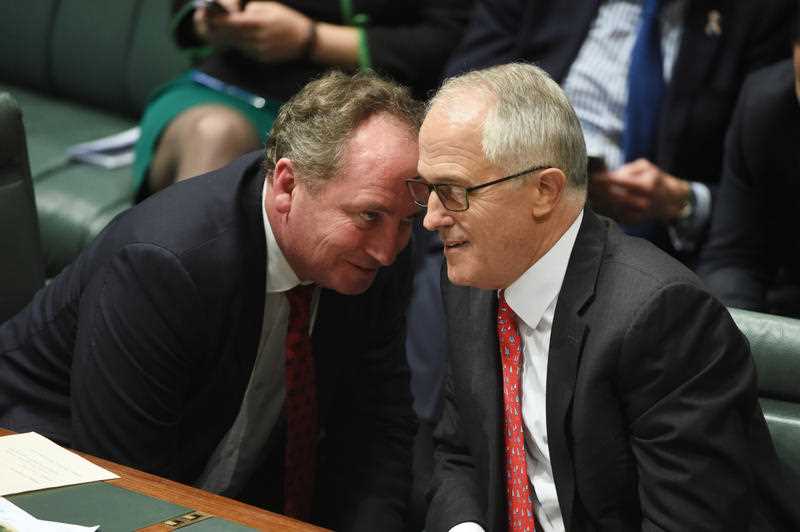 Why does the government ignore the black economy?

After watching Governments squabble over money trying to rein in budget deficits to slow down the growth of the country’s rising public debt problem, the question is: why is the black economy ignored?

A recent Fairfax story reported that 5,500 workers dob in their bosses for paying them cash in hand. Meanwhile, I’d say tens of thousands of bosses illegally don’t pay their employees’ super.

However, at this point in time, there’s no discussion from Canberra about what’s going to be done about it.

I’m sure all politicians care about it but it seems to be slam dunked into that old ‘too hard’ basket.

My interest in these stories comes as we learn that in 2014-15, Aldi, the German discount supermarket retailer, had income of $5.8 billion but taxable income of only $238.5 million and paid tax of $71.56 million. Sure, this is close to 30% (the company tax rate) but there are those who think many low taxpayers like Aldi boost up their costs, which are often sales to another division of their firm, to reduce profits and tax in another part of their business.

I have no proof that Aldi does this but foreign firms, and possibly locals, are also doing this illegal stunt to reduce their tax bills.

There have been complaints about companies such as Google and Apple for years but where is the government action to do anything about it?

Even before he officially becomes President, 50 Democrats and 50 Republicans led by Congressman John Delaney, a former founder/CEO of a publicly-listed company, reportedly supported an idea to get US tax dollars back from overseas, showing some US politicians are thinking outside the square.

The proposal has two options. First, a US company with overseas divisions would be able to bring home accumulated untaxed profits once only tax-free, if they agree to buy into a 50-year infrastructure bond at 1%. They could negotiate via some kind of auction to say put a billion into the fund, if they can bring home $5 billion tax-free.

And there’s another more comprehensive plan, which brings the foreign profits’ tax rate down to a one-off 8.75%. After that, there’s a sliding rate that tops out at 15% but there’ll be no tax deferrals allowed after that.

On the black economy, the ATO has a lot of dobbing going on but really there needs to be a more ‘outside the square’ solution to the problem.

The ATO has done some quality guessing and thinks 1.6 million businesses with turnovers going from low amounts up to $15 million are in the black economy and it cuts across 233 industries.

Audits have increased for cafes, tradespeople, beauty businesses, cleaners and those in the waste removal area.

The ATO has also ramped up data matching but one has to ask the question: what is Canberra really doing to crack down on the cash-in-hand businesses not paying the right tax bill?

Do we see ads telling us that the “Tax man cometh”? Have they come up with something outside the square, which I was told the French came up with to give tax credits to customers who paid cash but asked for a receipt, which then could be taken to the Post Office to get an instant tax credit refund.

I’m not sure that worked because many tradespeople would have refused to issue a receipt for a cash discounted job. I also recall that the rule did not apply to au pair girls! Only the French would come at that!

Even if this was an urban myth, it does show someone was thinking laterally.

I reckon a lot of Australians would like politicians to do some thinking outside the square on getting more tax in from people who aren’t paying their fair share rather than wasting their time debating topics that a lot of us don’t care about.

Imagine tax collections went up, without hitting people already paying too much, by getting those who are grossly underpaying their tax and then overall tax rates fell.

Imagine if the politicians thought outside the square and got bosses to pay their super for their employees and even persuaded big overseas companies to pay the right tax.

Now that would be the kind of political activity that might make Australians think that their politicians are not just a bunch of hot air producers, failing to do anything that warrants respect.

Imagine having politicians who we’re really proud, like the recently retired Kiwi PM, John Key, who has left a pretty good New Zealand economy behind him.

Anyone who wants to see a great PM in action, have a look at Key give it to Labor over the incident when a Jordanian pilot was shot down and burnt to death by ISIS.

As Key says in this video, it would be great if our pollies could “get some guts.” I’d also like them to start thinking more laterally, particularly when we have one of the best ATO bosses ever in Chris Jordan.