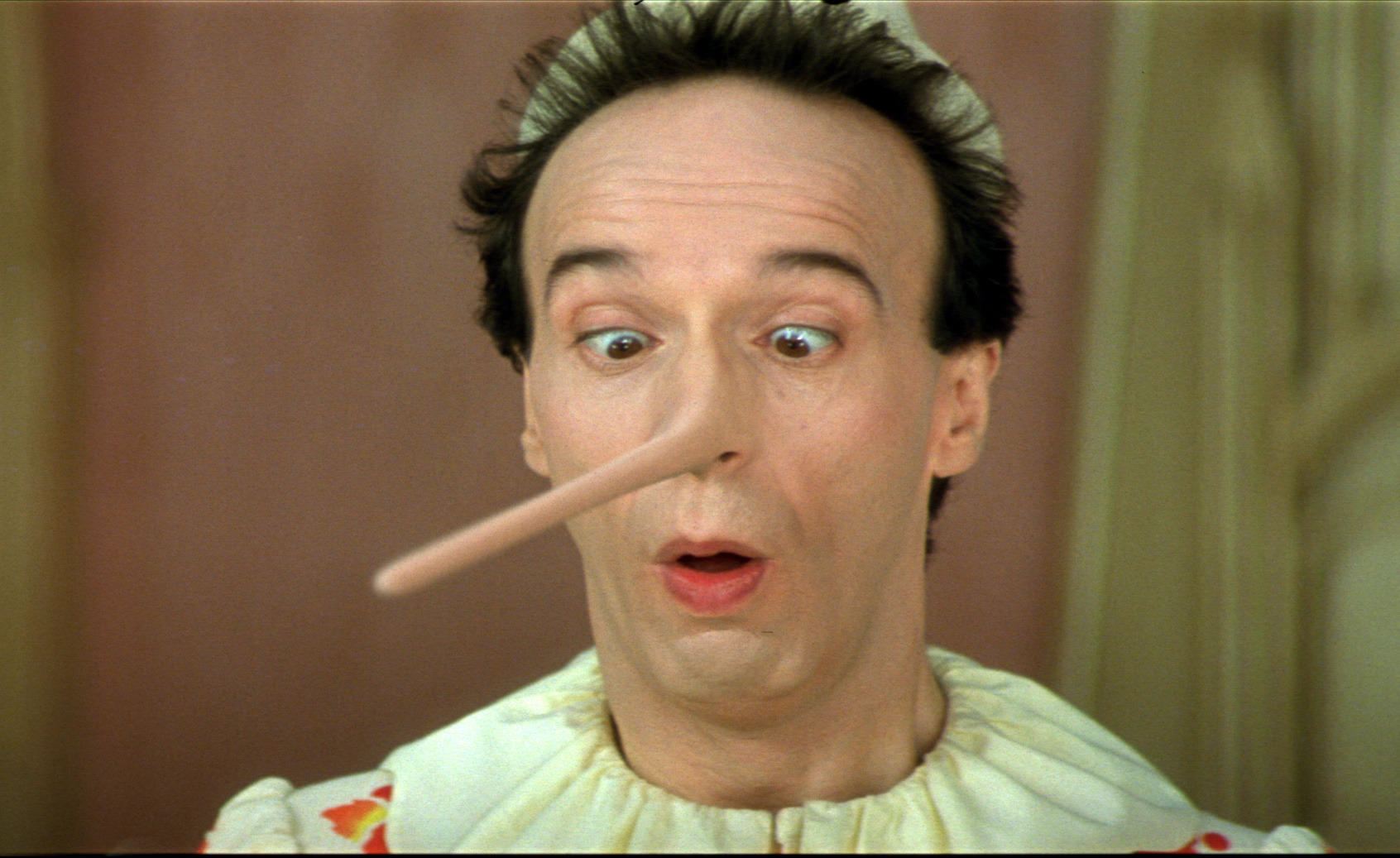 Why do we have lies, damn statistics and damn pessimists?

In recent times, those who like to believe that the end is nigh or Armageddon is around the corner have dismissed the faster-than-expected growing Aussie economy to stress out about something called an income recession.

Earlier this week, my colleague and co-host on the Final Count on the Sky News Business channel, Carson Scott, brought up the subject.

Those of us who think the Oz economy is doing well because we’ve been growing at over 3% for six months, unemployment is falling to 5.7%, house prices have been strong, residential building is around record highs, along with car sales and tourism levels, etc., are missing out on something because we’ve ignored the income recession out there.

Economists have largely accepted that a recession, technically-speaking, is two quarters or six months of negative economic growth. In Australia, we have not seen one of those since 1990-91 and we’ve now put together 100 quarters of economic growth and look likely to beat the world record of 103 quarters of growth held by The Netherlands.

The above good news coincides with the NAB business conditions and confidence levels being nicely elevated compared to recent years, and the latest MYOB survey of SMEs shows the Budget was a real hit with the sector, especially with the raising of the threshold where a lot of small business incentives kick in at $10 million rather than $2 million.

I could lay this good news story on thicker but I do worry about the slowness of the non-mining sector to start investing, as the mining sector cuts back as the boom peters out with lower commodity prices.

I also worry about the slow increase in wages and that’s where the income recession antagonists have an issue that shouldn’t be ignored, as it suggests that things look good on one level — production and jobs — but Australians could be struggling income-wise.

Looking at something called Real Gross National Income, we get a pretty convincing case that we’ve had a number of negative quarters.

Don’t worry if you don’t entirely get this — just trust me, I’m an economist!

But as I thought of this statistic, it worried me that it might not take into account the benefits of things like historically low interest rates, which clearly would make a lot of low wage rising households feel wealthier. Would low petrol prices be picked up in these numbers as well? If there was a substantial tax cut for lower income Australians, would that show up as well?

I then thought that maybe something like Personal Disposable Income (DPI) statistics might give a better snapshot of whether we Aussies feel better off or not, despite the low wage rises.

This is what the chart from Trading Economics showed:

What you can see is that Australian Personal Disposable Income has continued to rise over the period, where we’re told we’ve lived through an income recession.

I simply asked: am I right to look to the personal disposable income to work out how we Aussies have been travelling, compared to stats, such as Real Gross National Income or some other measure?

This is what Shane replied: “Talk of an income recession based on Real Gross National Income (GNI) being down 1.3% over the last year is way over the top. The main driver of the slump in real GNI is the slump in commodity prices, iron ore, coal, etc. And this does affect the economy overall, but only parts of it (e.g. miners, revenue growth in Canberra, etc.). Most Australians don’t get paid in iron ore or coal so their slump is of less relevance. I’d agree that DPI is a better guide for most Australians and real growth in it is still positive, albeit modest.”

But he didn’t let this issue go and followed up another email that went: “I think all the current nonsense about an income recession is a bit like five years ago when iron ore was $US180/tonne and some were saying we were booming because national income was through the roof. Try telling that to someone in Blacktown or Avalon at the time and they would have laughed at you!”

And Craig came back with: “Totally agree – the focus should be on what the average person is earning. Personal disposable incomes are up 3.8% over the past year, while prices are up only 1.2%. I would have thought this was positive and actually it is, with consumer confidence at a two-year high!”

Given what two of the country’s most respected economists think on the subject, I think it’s safe to ignore the lying statistics and believe our economy is in pretty good shape.

It will be in great shape when wages start rising more quickly but then we’ll have to worry about rising inflation and then rising interest rates!

This is why economics is called the dismal science and I must admit, at times, I wonder and have asked why an optimist like me has ended up in such a fraternity!