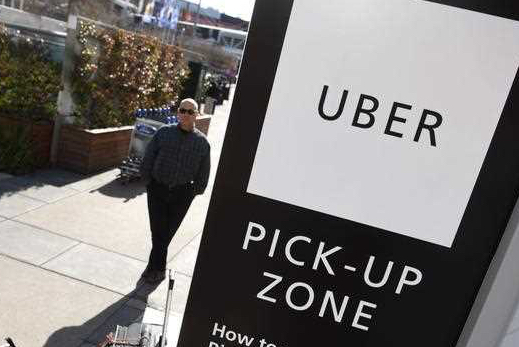 Why can't gutless pollies fix up Uber and Airbnb?

Here’s a question for you that our politicians are struggling with that explains why a lot of Aussies have become jack of the people who have been voted into lead. And the question is: why is it so hard to lay down laws for the sharing economy?

For example, if Johnny the bank worker wants to be a weekend Uber driver, why doesn’t the State Government get an insurer or two to offer a policy for Uber drivers to make sure you are covered for an accident?

Why not make the Uber drivers face the exact same rules as taxi drivers have to face or take away the rules for taxis? That seems not only fair but logical.

And then there’s Airbnb, which isn’t seen as such a rule breaker as Uber and largely has had good press, at least here, but not so in the USA.

That said, as today’s Fairfax press points out, there are neighbours to Airbnb properties who’d like things to change.

In Sydney, there’s a group called Neighbours Not Strangers, led by inner-city resident Trish Burt and in Melbourne, Barbara Francis heads up We Live Here.

Of course, state governments are dilly dallying over the issue because they have some citizens who hate blow ins partying next door on a very regular basis, while those making money out of playing an Airbnb landlord think it’s absolutely fabulous.

In NSW, they’re thinking about taxing the host, while strata complexes could ban the game altogether.

In Victoria, they want to ban so-called party houses but community groups say it’s not enough, so the pollies are stuck in neutral at the moment.

Both states know Airbnb is good for tourism and the cafes and restaurants like the local spending that short-term foreign and interstate tenants make being in holiday party mood.

Also business is finding their employees are using Airbnb so there could be cost savings for some commercial operations as well.

And while regulations are required in my opinion, in the USA there have been some scary outcomes for homeowners who got dragged into the Airbnb web.

Cities such as New York, San Diego and others that have ‘suffered’ under excessive tourist influxes day in, day out, have laws against short-term rental stays. Miami Beach has similar regulations with taxes and fees but there are also fines that can be as high as $20,000!

CNBC tells a story of a homeowner who has run up half a million dollars in fines for having his property illegally listed on Airbnb. The problem for him, however, is worse than just the fine - he didn’t know his place was being rented out because it was his tenant doing it!

When he tried to get some info from Airbnb about his property’s listing, he didn’t find it easy.

“First, he had to figure out where the listing was, since Airbnb's site doesn't let users search by address to check whether properties they own might be listed illegally,” CNBC’s Laura Kolodny reported. “He was looking for a place for four or six adults, since the house has three bedrooms.

He eventually found the unauthorized listing on March 17. It was promising a "Tropical, Eclectic Home...Sleeps 12!!"

At least in the USA, for a homeowner to get his property off the Airbnb list is about as hard as getting front row seats at our upcoming grand finals.

OK, that’s something for Airbnb to sort out but the lesson is clear for landlords: if you don’t want sub-leasing of your property on Airbnb, you better have that clearly in your lease and then hope your tenant plays ball.

Meanwhile, our politicians need to pull their fingers out and make a gutsy decision based on fairness and common sense. And if they decide to go down the rules, taxes, fees and fines road, they need to make sure they give landlords protection.

In the USA, they often call an official who oversees public policy a “tsar”. The more and more I see gutless politicians on so many subjects, the more I wish they had the guts to appoint a common sense tsar, who simply looks at laws and life as it changes, then makes recommendations to make sure common sense prevails, rather than the current madness on so many subjects.