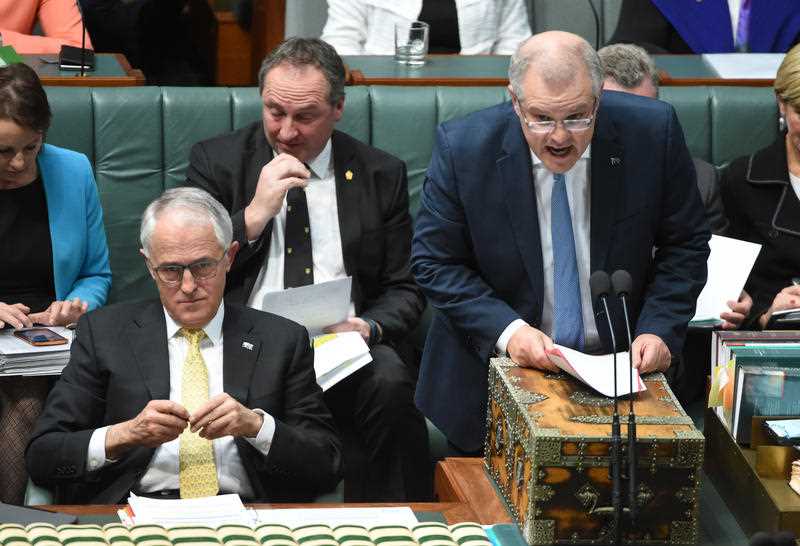 Why can't Canberra and the media care about the big issues?

Last night I was interviewed on Laura Jay’s news show, The Latest, on Sky News at 6pm. Laura wanted to talk about Labor’s Royal Commission into banks and super changes, which occasionally distract our politicians from other issues, such as the plebiscite on same sex marriage, Sam Dastyari’s Chinese subsidies to cover his expenses and other sideshows to the important job of our national government.

Don’t get me wrong, I recognise that there are Australians who care about same sex marriage, but I’d prefer that our leader said it will be held on this date and now shut up while I try to get Australia on the road to prosperity.

Labor’s playing Opposition really well and Malcolm Turnbull is letting them set the agenda. Our personal banking problems can be sorted by not only grilling banking CEO’s each year in Canberra, but we should introduce a banking disputes tribunal, just like the state governments have for building disputes.

I’ve tried this tribunal and have been really happy with the process and the result. There are no lawyers, both sides state their case with evidence, and a decision is made.

It would work with banking crimes against customers and the news stories would lead to much better behavior in double-quick time.

Okay, that’s sorted. Now I want to shine the spotlight on the great news of this week, which you might’ve missed when Canberra and the media pursued Sam and same-sex matters.

On Thursday, the estimate of business investment for 2016-17 went up for the second quarter in a row. “Despite considerable uncertainty that existed in early July, including the aftermath of the UK’s Brexit vote, a close Federal election and the possibility of a hung parliament, firms have upgraded their total capex intentions for 2016/17,” said Kishti Sen, the Senior Economist at BIS Shrapnel. “It appears firms are getting on with the business of investing, taking comfort from a low interest rate environment, a lower dollar and generally calmer economic conditions. While a fully-fledged recovery in non-mining business investment will take time as there remains sufficient excess capacity to meet current demand levels, recent capex data suggests we may be slowing coming out of the bottom of the cycle (in terms of non-mining investment).

In the space of six months, the plans to invest have been bumped up 12%. Now that’s worth reporting. Businesses increasing their plans to invest is great news for the economy, jobs, and the PM! And I asked Laura: why is it up to me to blow the trumpet on an improving economy? This is Malcolm’s and Scott’s job!

And when a leading banking economist surveys some new data and says that the economy looks like it’s better than was thought, what does the media do with it? That’s simple — it ignores it!

Of course, if dwelling approvals fell 11.3% in July, you can bet your life that a story like ‘we’ll be ruined’ would’ve been a good chance of a headline story.

Now generally, I would’ve ignored a month’s figures but when a respected Westpac economist like Matt Hassan says that the numbers suggest the economy might be better than expected, then this kind of news should be released to the public at large. And the Government should have blown its own trumpet for this sort of thing.

I did a speech yesterday in Sydney for Colliers International and a whole lot of real estate/developer types and argued the case that we’re the greatest economy in the world, something I have canvassed here a few times. Sure, I could have an argument or two on some issues about our greatness, but there’s plenty to crow or trumpet about. I’d just love a bit of support from those in Canberra who have just been elected on a war cry of jobs and growth.

You know, if we market how good we’re going, it could help confidence as well as business and consumer spending, which would help (you guessed it!) jobs and growth.

It’s time for the Prime Minister to get the daily political coverage by the media back to the main game — jobs and growth. If the Opposition want to deal with political rather than economic issues, then the PM should regularly pull the Bill Clinton line: “It’s the economy, stupid.”