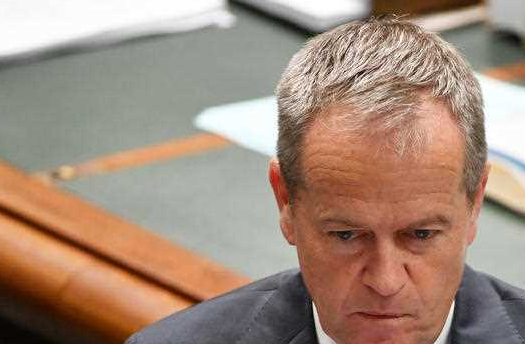 Why are we complaining about electricity prices? Well it depends who you are?

Economics editor at The Age, Peter Martin (and my old mate) has done the numbers work and has found that for most of us, the rise in electricity costs has been exaggerated!

But could it be that your right to whinge depends on who you are? I suspect the average Aussie has done OK with their electricity bill and Pete pretty well shows that. For non-average locals, however, the story could be very different.

This was great work from Pete and the ABS, which breaks down these numbers. But to find out whether you have a right to whinge about power prices, you have to work out if you’re an average Aussie.

And this little line by Pete gives us a clue. “Electricity and gas amount to just $41 of our total weekly spending of $1,425,” he wrote.  I’d suggest we should all focus on the $1,425 a week spending number. I instantly think about pensioners on $444.15 a week. They’d be understandably worried about power bills because they don’t have much wiggle room.

Also, if you run a small-to-medium size business, where you don’t have much pricing power because you might be competing against Woolies and Coles who are price-cutting, your power bills have spiked in 2017.

In July this year, Frank Chung, writing on the www.news.com.au website, captured the small business take on power price rises. “This is the biggest business crisis I’ve seen in my lifetime,” said Peter Strong, chief executive of the Council of Small Business Australia. “The GFC was managed and it affected everybody, but this is only Australia and we cannot see a solution.

“What we’re hearing is terrible. We’re seeing closures have already started, I fully expect there will be more closures and staff put off. When you’re running a small supermarket, where do you find an extra $70,000?”

And Frank put the non-average Aussie small business case for whingeing pretty well with: “The price hikes hitting businesses of up to 120 per cent — dwarfing the 20 per cent increases faced by households — have been partly blamed on the closure of cheap coal-fired power stations, including Hazelwood in Victoria and Playford in South Australia.”

Also, the supply issues on the east coast of the country have added to our national energy woes. This wasn’t helped when fracking for coal seam gas was banned by state governments reacting to community and competing industry concerns. This was made worse by the fact that previous governments in Canberra did not have a future focus on power prices when they let private gas miners nail great export contracts with China.

Obviously, the GDP, export income and tax benefits of these contracts blurred the vision of what might happen to local electricity prices down the track.

I know rising power prices hit individual businesses harder than the average operation that might only have a small outlay on power because they’re white collar and service-oriented. But imagine the bills for small supermarkets, big restaurants and laundry businesses where washing machines and driers operate 24/7!

This is a case in point for a non-average Aussie business punctured by power price spikes.

The family-owned South Australian recycling business, Plastic Granulating Services, closed its doors after nearly four decades, leaving 35 employees out of work. Managing director Stephen Scherer said his monthly electricity bill had increased from about $80,000 to $180,000 over the past year-and-a-half. “It was totally unsustainable for a business our size,” he told the Adelaide Advertiser.

You’ve always got to be careful about averages and while Peter’s work says the average Aussie hasn’t got a real lot to complain about with their bills (at least to the end of the financial year in June 2016), there has been a significant rise in power bills since then, which haven’t been captured in the ABS figures.

I think Malcolm ignores the power price problem at his peril. Unless he secures price rise moderation, he will suffer Bill shock at the next election.