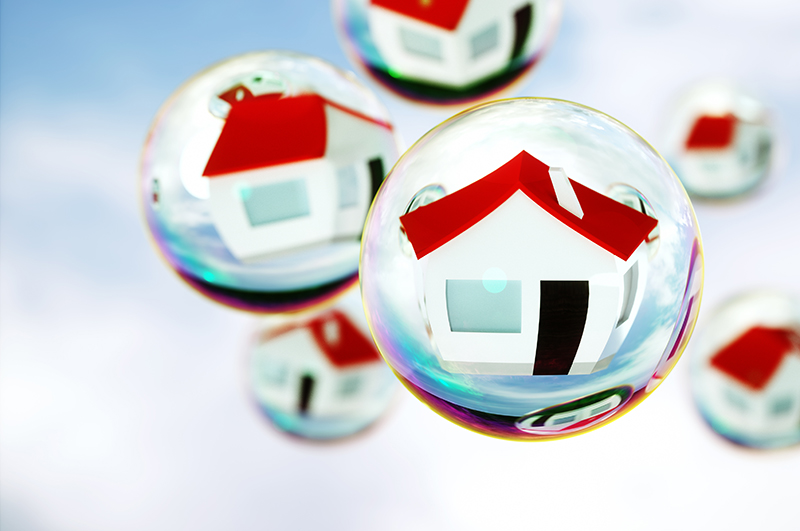 Why are some Australians rooting for a house price Armageddon?

The subject of house prices and the excessively aggressive reaction from the ‘Armageddon Army’ (AA), as I call them, makes me wary of continuing the ‘debate’, which on twitter looks more like a pub brawl!

On two Friday afternoons in a row, the twitter guns have fired up against my proposition that the 40% house price call out there seems excessive. I have supported the economists and property monitoring experts out there, which apparently have zero competence and credibility, according to the AA. Central banks are in the same category, with one enemy arguing that they missed the coming of the GFC. This militant tweeter seemed to ignore that debt-ratings agencies pulled the wool over everyone’s eyes, until a smart hedge fund guy started looking into what was in those damn CDOs (these were parcels of home loans called Collateral Debt Obligations, which were thought to have AAA quality but they didn’t).

I suspect that if CDOs had been rated properly, central banks would have been aware of what might happen, just as the smart hedge fund guy did, who later starred in the film The Big Short.

Anyway, on the weekend, as if out of respect for the looming Armistice Day, the guns went quiet. A turning point could have come from a decent bloke called Seton Lillas who tweeted: “Crikey, what’s with all the aggro towards @peterswitzer? He seems like a good dude.”

That brought in others who recognised that I’ve had a history of debating the issues because I didn’t want people to sell their houses, as some did, during the Steve Keen house price fear days. By the way, Steve is a mate and we debated this at the time in my Sky Business TV show and I’d always conclude with: “That’s Steve Keen and I hope he’s wrong.” And he’d then add: “And so do I.”

Steve is smarter than me. We studied and taught together at the University of NSW. And he was right on forseeing an economic collapse linked to a possible financial crunch before the GFC. And he was lauded for that. However, he was wrong on the post-GFC house price collapse and predicting a recession two years ago and now owes me and my wife a meal in the most expensive Chinese restaurant in London!

That’s what reasonable, economic debaters can do — agree to disagree — and then let history sort out who’s right.

However, this isn’t just an academic debate. As with all of my economic/market/political commentary, my interest in the subject is to have the best guess on what might happen in the future. If I’m right on house prices i.e. that the fall will be a more measured 15-20% over two or three years before going sideways then resuming a rise, then consumers who aren’t intending to sell their homes don’t have to be spooked. They might remain more confident, spend more money, borrow more money, help businesses grow and add to employment, which is the best kind of social welfare imaginable.

I disagree with the ‘big bubble bursting’ scenario because respected economists, the RBA, the IMF, property forecasting businesses and others believe that the sell off won’t be akin to an Armageddon.

I got it right fighting those who tipped a Great Depression, those who tipped a house price collapse after the GFC, those who argued we had to go into a post-GFC recession, those who thought the RBA was right holding interest rates high in early 2008 and later doing the same thing again in 2011. I got it right with my “ buy the dips” on the stock market since 2009. My 7000-call on the S&P/ASX 200 for this year was a stretch but it was made with a lot of ifs and buts attached to the prognostication.

I never expected our stock market would fight gravity and underperform as much as it has but it has had to deal with the collapse of the mining boom, APRA’s crackdown on Chinese and property investor borrowing, the Royal Commission’s negative impact on bank lending, someone like Donald Trump as President, who then would attack China with a trade war! That I admit to but after 12 years as an economist academic and 34 years in newspapers, radio, TV and now websites, I should be able to make comment to hose down those who would predict doom and gloom primarily because they ‘know’ all bubbles burst.

One comment that I put out in order to make my attackers think (and no one to date has addressed this) was my answer to why should Australia be different to Ireland, the USA, Spain, Iceland and others, where house price collapses followed the GFC? As one attacker/tweeter put it: “I wonder if people in these countries thought it could never happen here?” or something equally profound.

I must admit that this tweet did make me think, which, of course, is great for progress. What I came up with was the fact that in all these countries, the house price falls coincided with a serious recession and the near collapse of their banking system. It was a credit crunch never seen since the Great Depression and we missed out on this.

There were lots of reasons for this and while I don’t want to get into another argument on this subject, the big question for all my attackers and believers in the ‘big bubble burst’ speculation is: “Do you think a recession will soon help you be right?”

If a recession was imminent, I’d back off being less pessimistic about house prices. Last week, the RBA tipped that we’ll grow by 3.5% this year and next. When we grow over 3%, unemployment falls. The big Bank thinks unemployment will fall from 5% to 4.75%. If they’re right, then I think a house price Armageddon is unlikely, at least for a couple of years.

Of course, if a global black swan trumps the USA and Wall Street goes crazy scared, then my attackers could be proved right. But I still think 40% is a huge call.

All bubbles burst but no one has ever proved that the bursting is the same because people, economies, government reactions, central bank responses and many other things can determine the price fallout.

Undoubtedly, I’ll have to deal with a twitter reaction to my maintenance of my less gloomy view on house prices but I’m intrigued about one guy’s comment that I have a vested interest in keeping prices up!

That shocked me but it made me think: “Are these over-reactors actually praying for a house price collapse? Are they waiting for a buying opportunity? Do they want to be proved smarter than people like me and the experts I’ve relied on?”

I railed against the house price boom, calling it ridiculous and even advised people on my radio programme that they should wait for the price turnaround, as they stressed about FOMO — the fear of missing out. Now we have FONGO — the fear of getting out — but how many people want out?

I reckon the most worried are those who bought off the plan and have seen the value of their property fall and have found banks aren’t lending as easily and as cheaply. The current times are bad for them but they were acting as investors and investing brings risk.

On the flipside, price falls now advantage first home buyers and upgraders — it’s swings and roundabouts.  But I don’t want speculators to keep telling us house price devastation is around the corner for no good reason.

The timing of the next recession will be really important to what happens to house prices here and at the moment, the experts (who have little credibility with my attackers) are more worried about 2020 than 2018 or 2019.

Unlike what I used to say to Steve, all I can say about these respected economists/experts is: “I hope you are right.”