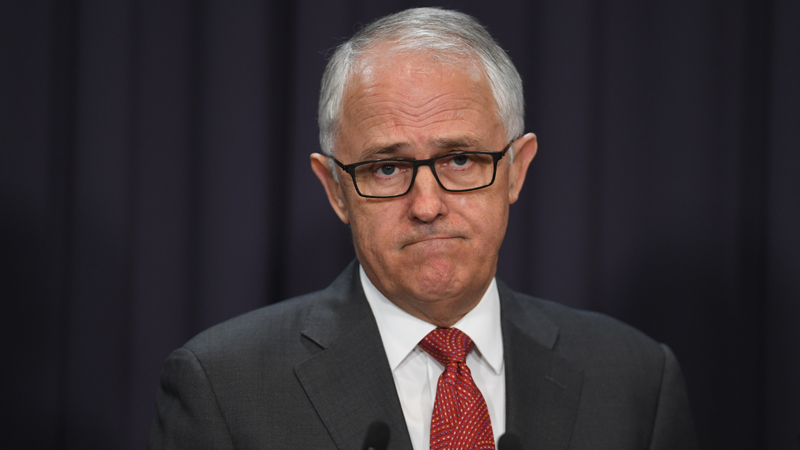 Why are Malcolm and his mates so disliked?

One of the endless surveys of our population last weekend quoted a Sydney Western suburbs voter, who lamented that the Prime Minister lacked intestinal fortitude. It was put less delicately, but I’ve decided to not contribute to unhelpful hate sessions that currently prevail for our poor politicians.

And I do use “poor politicians” to imply both messages that they are poor performers and that I pity them, at times, for being such a group of disliked individuals.

The sorry situation applies to both sides of the Federal Parliament, where it’s becoming tribal, with disdain for each party’s positions so intense that I reckon most politicians, except Bill Shorten, seem scared to stand for anything!

Bill has made a decision to be anti:

• Small business since he unleashed his anti-trust campaign.

He’s decided to be an unashamed lefty, which must make him likeable for left-leaning voters. He’s given up on trying to win over the business community, who currently can look past the Canberra crisis of confidence to be really happy with their business lives.

This week, we saw the monthly look at business conditions and confidence by the NAB and it made great reading for the Government.

And these businesses are not unhappy to create jobs, with May and June producing 115,400 full-time jobs, which is the biggest back-to-back increase in 29 years!

So business might be relied upon to vote for him at the next election but the biggest voting block — consumers — are as impressed.

One day after we saw businesses thinking about popping champagne, we saw Aussie consumers weren’t up to forking out for foreign fizz.

The Westpac/Melbourne Institute survey of consumer sentiment fell by 1.1% to 95.5 in August. The confidence index is down 5.8% on a year ago, where a reading below 100 denotes pessimists are outnumbering optimists. That’s five months in a row that consumers are saying life sucks!

You can’t help but think if these consumers aren’t enthused about interest rates at unbelievably low levels and the unemployment rate at a four-year low, it must be slow wage rises and fast-spiking power bills that’s making them oh so negative.

And it mightn’t be helped by uninspiring politicians, who are doing nothing for their confidence. It’s no surprise that in the latest Newspoll, Labor leads the Coalition 53% to 47% on a two-party-preferred basis.

However, Bill seems to lack the kavorka or magnetic appeal, with the same poll showing that Malcolm Turnbull continues to lead opposition leader Bill Shorten as preferred prime minister 46% to 31%. 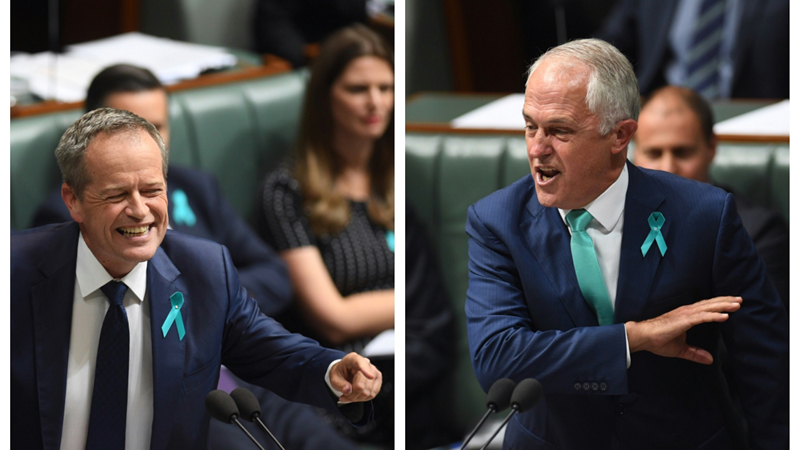 So what’s wrong with our politicians? Is it a post-GFC thing? Since the GFC, national leaders like Kevin Rudd, Julia Gillard, Tony Abbott, David Cameron in the UK and many in Europe have been shown the door.

Elections such as the recent US one are closely run, and weird winners, such as Donald Trump and the young Emmanuel (the anti-politician) Macron in France, show how tired voters are with traditional pollies.

Writing in the UK’s Daily Telegraph in 2014, Alex Proud saw this anti-politician trend coming. He argued that politicians are just too much not like us and that’s trouble.

He was brutal in his assessment of UK politicians but it could easily be applied Down Under.

“The view that they’re cowardly, inept, self-interested and deeply weird is pretty much on the money,” he wrote.

To make his case convincing, he started with the proposition that most politicians are weirdos! “At university, this weirdness is even more evident,” he went on. “Our current top-tier pols were rarely normal students. They were the odd spods who hung around the Student Union (Labour) and Conservative Association dorks. When the rest of us were attending raves and discovering the then novel drug ecstasy, they were handing out flyers or tying themselves up in knots passing pointless motions against oppressive regimes.”

He says they’ve seldom had real world jobs, provided you believe the law is not real world. “A lack of real world experience points to another key reason politicians are terrified about upsetting anyone,” Proud insists. “It’s because they think they’ll lose their jobs at the next election. But, if they’d spent a bit more time in the real world, they’d know that losing your job isn’t the end of the world and, what’s more, they’d have another career to fall back on.”

I agree with a lot of his observations but it could easily be argued that a lot of politicians in the past were weirdos but we didn’t hate them as much. And we did vote for them and no one like Clive Palmer could have started a party and actually would’ve become a short-term political force.

And would Pauline have flown 20 years ago?

Proud did come close to the money with this observation. “With cozy western capitalism facing a kind of drawn-out existential crisis, they are not the men and women for the job. And because they’re not up to the task, we hate them.”

Yep, the GFC intensified our lack of faith in politicians and the fact that John Howard, who was our second-longest serving PM was beaten by someone like Kevin-O7 Rudd, with his team of hi-tech tweeters and bloggers, was saying a lot about our changing attitude to politicians. And when the GFC brought talk of Great Depressions and worldwide economic collapse, we started looking for very special people whom we could relate to and we got Kevin, Julia, Tony and Malcolm! 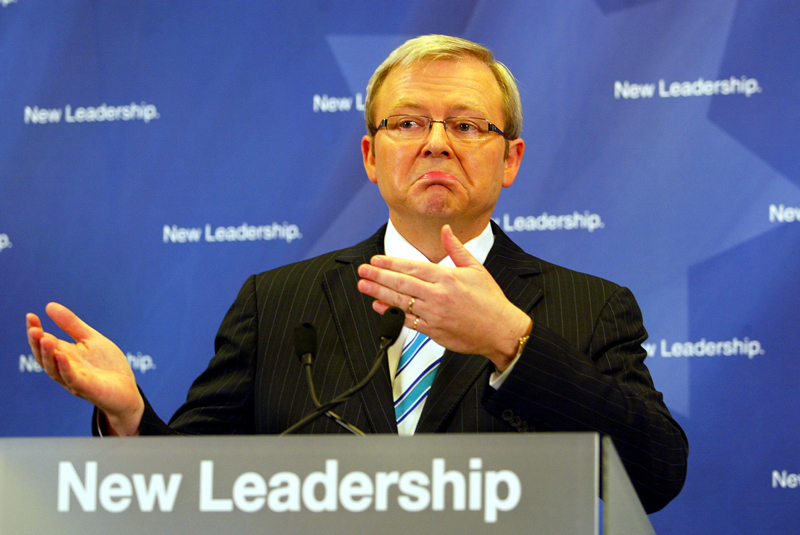 David Ursillo is the US author of a book entitled Lead Without Followers. He says he saw the same trends developing in the USA in 2008 when he started life in DC as a White House intern. “Outside of my White House experience, when I escaped from the suit and tie and quietly walked the smoldering District streets as a buzzed-headed kid in a t-shirt and jeans,” he recalled, “I gathered a disturbing sense of disillusionment and widespread cynicism among ordinary people—something that quickly became quite unsettling.”

Like Proud, this guy’s heroes were great politicians and he wanted to be a part of the whole political scene but it reality disappointed him. “Beneath the surface of petty headlines and trifling political arguments, there was a bleak, suspicious and dark atmosphere that had begun to grip the entire public psyche—as if a widespread virus had subtly inflicted the collective consciousness with pessimism, hopelessness, fear and anger,” he argued. “It ran far deeper than Republican and Democratic party-lines, or incumbent-versus-challenger voting patterns.”

He observed something of the USA, which shows up in Australia too when you listen to the talkback callers on Alan Jones’ or Andrew Bolt’s radio show or tune into leftish ABC talking head shows. We’re becoming cheesed off and grouping into tribes based on left, right, tolerant, intolerant and it’s becoming nasty, especially on Twitter.

Objectivity is dying in the media, as journalists line up with their respective tribes. And so my old mate Peter Fitzsimons pondered “Same-sex marriage: How did the Liberal Party get into such a mess?”

Of course, the answer is simple. This whole post-GFC change in the political landscape, which has been made more complex by the age of social media that has created millions of commentators with smartphones, has not only made cowards out of politicians but has resulted in near hung parliaments.

In the old days when a PM had many seats up his sleeve and the Senate was less diverse, he would’ve said: “I promised a plebiscite at the election and that’s that.”

John Howard did with the guns buyback program and the GST before an election.

Malcolm Turnbull has not won the people over and his election result proved that. He now has a one-seat majority, which makes him a virtual lame duck leader, who has to tolerate every weirdo in his own party. He can’t make tough decisions because he could be out of power by losing one supporter.

The economy isn’t helping, with wages rising so slowly. I can’t see a solution until we see the emergence of a leader, who a majority of us say “this guy or gal isn’t a weirdo.”

Unfortunately, we might have a long wait on our hands.