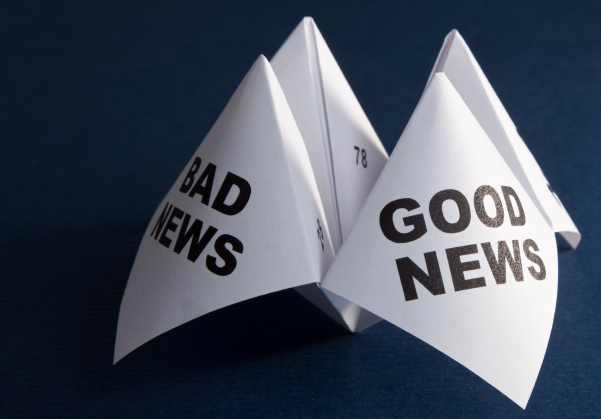 Who's right on the economy ' the optimists or pessimists?

Our preoccupation with what’s going wrong (such as a slowing housing sector) often stops us from seeing what’s going right. And this always comes to me when I’m interviewing really smart people who might not have done all their homework when it comes to the economy.

Because they’re smart, they read the views of other smart people. But when it comes to complex matters, smart guys and gals can get it wrong.

I found this when I was railing against the Reserve Bank in the years after the GFC. Our RBA was the first central bank to cut rates in 2008, after being wrong for most of that year, but most smart people thought they were right.

As someone in their own business and a specialist on small business, I knew our economy was more vulnerable, but I also was invited to lunch in early 2008 where Phillipa Malmgren (a former Whitehouse economic advisor) was speaking. She actually said our RBA will have to “turn on a dime” and cut rates when they realise the global and then local challenges that lie ahead.

I wrote this in The Australian at the time, but it took about seven months for Phillipa and me to look like the smartest people in the room!

Right now, the smarties fear a slowing housing sector and falling house prices, which could KO the consumer. The combined impact of a weaker construction sector and subdued consumer (who might have to deal with higher interest rates, while being over borrowed) will hurt the economy.

Some economists have our economic growth falling say to 2.5% but the Reserve Bank, Treasury and the IMF think we’ll stay at 3% or so for 2018 and 2019. Who’s right? Who’s the smartest in the room?

I’d like to think it’s the 3-percenter forecasters rather than the 2-percenters, because 3% growth gives lots of jobs, cuts the unemployment rate, brings profits, higher stock prices, better super returns and can even deliver a budget surplus for Canberra well ahead of time.

It will create a virtuous cycle of confidence, spending (leading to more confidence), higher inflation and even higher interest rates to give savers and retirees coping with too low rates on term deposits a fair go.

I’m talking about a normal economy, which we haven’t really seen since the GFC.

So if we accept a slowing housing sector, what could replace the grunt that this gave to growth?

Well, it could come from business investment, infrastructure spending, a lower dollar and some damn good trade numbers. These are all areas that seem to get ignored when the pessimists find reason to spread their negativity.

The latest NAB survey of business showed that business conditions have pulled back from the historical highs seen in April, but are still above the long-term average. The index eased from a downwardly-revised +14.1 points (previously +15.0 points) in June to +12.4 points in July. The long-term average is +5.7 points.

Meanwhile, the NAB business confidence index rose from 20-month lows of +5.6 points in June to +6.6 points in July. The long-term average is +6.0 points. That’s not a bad effort with so much negative news about trade wars, the need for rate cuts and house price collapses.

But what I liked about this business survey was its take on jobs. The 12-month moving average of the NAB employment index rose to a record high +9.58 points in July, up from +9.3 points in June. The long-term average is +1.7 points.

The best indicator of what a business owner really thinks about the future of his or her business is their willingness to add staff. Look at the long-term average of 1.7 and see it’s now at 9.58. That’s a record high!

Another big concern for the economy generally has been the slow rise in inflation. This has been seen as a sign that the economy was in some post-GFC funk, but purchase costs rose at a 0.9% quarterly rate in July after a 0.7% rise in June, which is the equal highest level in 2½ years. Mind you, lots of businesses would not like to pay higher costs and some of it could come from the lower dollar but it also says that local businesses supplying other businesses are finding it easier to raise prices.

Since the age of digital disruption, internet websites and the shared economy, many businesses have found it hard to raise prices, so this new development might be more good than bad. Profits have fallen as a consequence but this might not be a long-term trend.

Things could be becoming more normal, with retail trade rising by 0.4% in June after rising 0.4% in May and 0.5% in April. Annual spending growth rose from 2.5% to 2.9%, so retailers must be feeling a little more confident.

I’m not denying that some aspects of the economy are coming off the boil but there still seems to be an upward trend. For example, the AiGroup services sector gauge eased 9.4 points to 53.6 in July but any number over 50 means the sector is growing.

Amongst the bad news that we see too much of (because of my media mates), we seldom see information such as this from CommSec’s Ryan Felsman: “Council approvals to build new homes rose by 6.4 per cent in June – the largest increase since January. And approvals were up 1.6 per cent on the year. Greater Brisbane house approvals rose to a record rolling annual total of 14,715 over the year to June.”

And what about this ignored fact? The average credit card balance rose by $56.40 to $3,251.30 in May, up by 4.1% over the year – the strongest annual growth rate in 7½ years. This has to be a sign that consumers are spending and some businesses must be beneficiaries.

And while I’m on a role, what about this? “The Westpac/Melbourne Institute survey of consumer sentiment index rose by 3.9% to 106.1 in July – the highest level in 4.5 years. The index is above its long-term average of 101.4. A reading above 100 denotes optimism.” (CommSec)

Finally, our trade performance also lends support to my optimism, with the latest numbers showing that our trade surplus rose from $725 million in May (previously $827 million) to $1,873 million in June. This was the 11th surplus in 13 months.

As you can see, there is plenty of evidence out there to give an optimist a reason to believe that our economy can keep delivering.