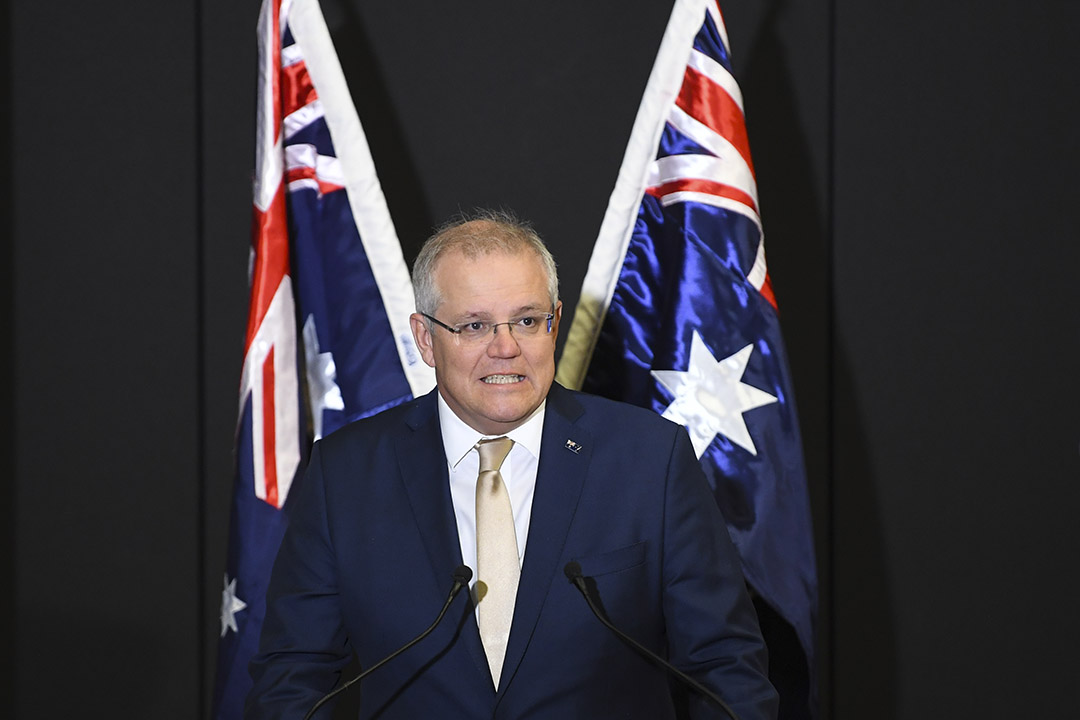 Who’s afraid of a higher GST on everything?

So it’s a deal. But will the voters of Australia see it as good deal when they end up in the ballot box in 2022 or maybe even earlier, if political pundits can be believed? These experts on the sneaky minds of politicians think if we continue to nail the Coronavirus and ScoMo is still seen as the former Hawaiian holiday-maker turned virus killer, then an early poll might be a smart idea.

Back to the GST…

Let me add, that I’m biased when it comes to the tax. I’m totally conflicted because when John Howard started talking about it before the 2001 election, I wrote a book that made the top 10 business best-sellers with the title: Who’s afraid of the GST?

Then taking the gamble that the Coalition could win an election with a tax, I wrote the book GST: Your Questions Answered. On about the seventh edition, this book had the tag line on the cover: “Over 130,000 sold.”

Later that year, I MC’d a conference where the then-PM John Howard was a special guest and I recall welcoming him, saying that my book had become a business best-seller and that “the GST was the tax I had to have, and he was my kind of Prime Minister!”

Did I say I was conflicted?

Accountants and economists are generally noble, well-meaning types who try to throw off their normal person characteristics to search for a better way of running an economy so that the inhabitants of the related economy can ultimately lead a better life.

But a better life, according to whom? The economists? The accountant? Or maybe the politician, the business leader or trade union boss who asks the number-cruncher to do some futuristic figuring.

John Howard’s GST was supposed to be on virtually everything until the Democrats made him exempt stuff like fresh food, education, health and so on. And that’s the problem for theoreticians like accountants and economists — real people, the real world and conniving politicians get in the way. But they’re not altogether blameless in the threatening ideas that they peddle at times.

In the opening lines to his 1977 TV show based on his book The Age of Uncertainty, which I recently discovered is on YouTube in its entirety, John K. Galbraith underlines how some of the most controversial political figures of human history were often inspired and powered by the theoretical rantings of out-there economists who did their best work in darkened libraries or academic digs.

After all, Karl Marx was not a physical revolutionary, unlike Comrade Lenin, who put Karl’s scribblings and big ideas into action in Russia in 1917.

But I digress. So let’s look at what the accountants from PwC, quoted in the AFR, are putting up for national consideration.

If their perfect accountant’s world became a reality (now that’s a thought!), there could be a $40 billion pay-off for the Federal Government. Now that would make politicians pretty happy, considering the Coronavirus has smashed a huge budget deficit hole in the country’s finances. JobKeeper alone was expected to cost $70 billion, so finding a new way to pay back the taxpayer, who ultimately bankrolls the virus rescue plan, makes a lot of sense.

However, raising taxes to pay back taxpayers isn’t an easy thing to sell politically. Don’t get me wrong, I support a broader GST and a higher one, as an economist and as someone who can afford the consequences of the promoted changes, but a hell of a lot of Aussies would fear giving politicians the green light to reach into their lives and bank accounts via a broader and higher GST.

So let me sum up the overall ‘perfect world’ pitch for a new GST if PwC’s accountants are listened to by ScoMo:

So what are the chances of this GST idea being on the agenda for the next election? My guess is zero!

The PM has indicated that it’s not on his agenda right now but the AFR’s Tony McIlroy says he “…has tasked Treasurer Josh Frydenberg and his state counterparts with developing tax reform options for the pandemic recovery.”

That said, how could ScoMo forget the lesson of the last election, which I call the Billy blue. Bill Shorten was expected to win the election so decided to tax property investors harder with changes to negative gearing and the capital gains tax discount. And he then promised to take away the franking credit tax concessions for lots of retirees who didn’t get the pension.

It was a blue of Bill Shorten proportions, which will make a lot of future politicians very gun shy when it comes to tax reform not agreed to by both sides of Parliament. Also for a GST change, you need the State Governments onside. That’s not easy and Paul Keating explained why when he was Treasurer when he came up with the line “…never stand between a premier and a bucket of money.”

Selling a higher GST will make it easy for opponents to run a scare campaign but on some issues the Opposition wouldn’t have to say anything. Just imagine if you had a kids at a private school where the fees are unbelievably high nowadays and 12.5% is added to those fees!

In 2015, Natsem figures showed that a 10% GST on school fees would raise $790 million and 63% of it would come from the top 40% of income-earners. That would now be over a billion dollars. But if ScoMo went for that it could end up being a billion dollar Billy blue that gives Albo the keys to the Lodge!

And imagine selling a 12.5% GST on our power bills.

I know Paul and he’s smart but only an accountant could think that.

Who’s afraid of a higher GST on everything? A hell of a lot of voters.