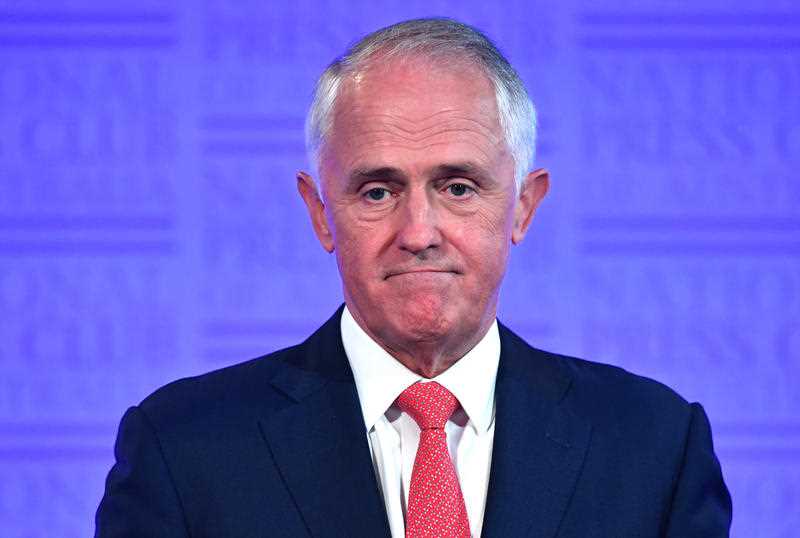 Whoever's advising the PM needs to be sacked!

Who is advising the Prime Minister? Whoever it is, he or she won’t let the PM read this comment because it will underline how badly Malcolm Turnbull is being advised.

I really hope Malcolm isn’t advising Malcolm because if he is, he’s a goner, unless that changes.

This frustration with our leader comes from the fact that I couldn’t believe that there was a National Press Club speech and all my colleagues at Sky News were talking about in their bulletins was the fact that Malcolm donated $1.75 million to his party’s campaign in the dying weeks of the election! 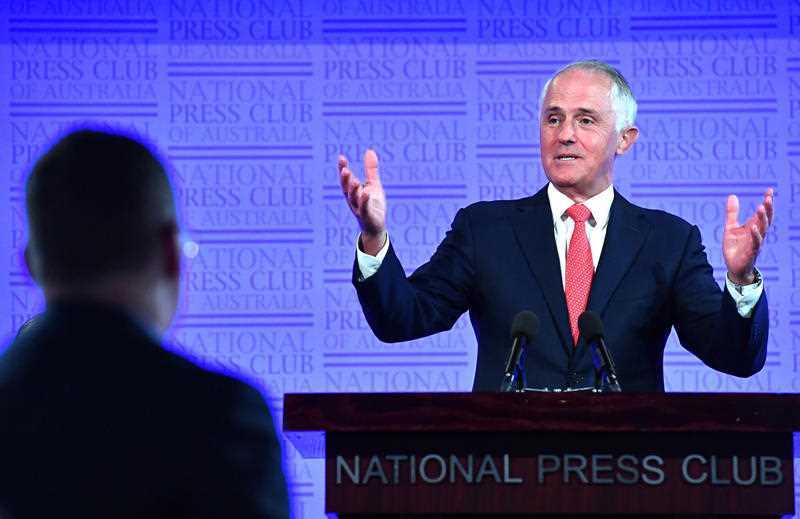 Anyone who cares about this negatively is a Labor supporter or a begrudging, jealous hater of rich people. Either way, he/she doesn’t matter to the Government because they’ll never vote for it.

Well, maybe I’m wrong. If Malcolm was a more compelling product, he just might win over the people he desperately needs polls-wise to hold on to his job before the election and then at the election. I know it seems unbelievable but if the PM’s speech yesterday said more than it did, I’d be in full praise of a job well done.

I asked the CEO of the Australian Industry Group, Innes Willox last week on my TV show if Canberra’s leadership was a problem for business leaders and their willingness to invest and he said ‘yes’. Small business surveys convey the same message that while confidence is improving, there’s disappointing vibes coming out of Canberra.

On the speech yesterday, News Ltd’s economics commentator, Terry McCrann, said he sounded more Prime Ministerial but on the content he indicated nothing memorable was noted.

The Australian’s Judith Sloan was her usual tough self in her assessment: “Malcolm Turnbull’s speech to the National Press Club was predictable, unenlightening guff. It was also gutless.”

The Fairfax press led with: “Bought himself an election: Turnbull’s $1.75 million donation”, which says it all about their leanings and Malcolm’s uninspiring presentation in Canberra yesterday.

I’m not sure what’s really behind Malcolm’s cautious defence of his donation but given his popularity ratings right now, it seems crazy.

If I was him, it would simply be the case that “I loved Australia and wanted to lead it so badly to take it to a place it deserves to be that I forked out $1.75 million to get the top job! So sue me!”

With this news, The Daily Tele did what you would’ve expected: “The Prime Minister has made an impassioned defence of his lavish lifestyle as he revealed he donated nearly $2 million to the Liberal Party’s 2016 election campaign.”

What’s wrong with Turnbull putting in his own money? At least he isn’t obliged to give favours to a trade union or big business.

Michael McClaren on 2GB, (who’s filling in for Steve Price) was talking to Andrew Bolt (who hated the speech) and did say the PM nailed his colours to the mast on being the party that will deliver lower energy prices because it won’t be as committed to renewable energy as Labor.

The PM’s play was gutsy and should win votes at the next election and it did attract this headline in The Australian: “PM’s plan for clean coal power.” But that’s a small dividend for a speech that should have outlined the big plan for 2017 and beyond.

As I see it, Malcolm has three things going for him. First, Bill Shorten is not a strong opponent. Second, there’s no real alternative in the Libs. And third, Aussies are sick and embarrassed of the revolving door of Prime Ministers since John Howard.

However, Malcolm has to lift his game. As a starter, I’d get a better advice team.

I know pointy-headed experts doubt that Einstein said this: "Insanity: doing the same thing over and over again and expecting different results”.  I sure hope he did because it’s such sound advice.

Yesterday on 2CC, the breakfast host, Tim Shaw asked me what the PM should say at the speech. This is what I came up with on the spot, considering the Libs low rating in the polls.

I invoked the image that "We are the champions" of economic growth and this year we’ll break the world record for continuous growth without a recession for 103 quarters.

Then he should have turned to the economic and stock market outlooks, which on a consensus basis are looking up. He should have talked up his plans for infrastructure and tax cuts, which he would be outlining in the May Budget. He should have shared a plan that would create economic growth and jobs, while at the same time placating the debt ratings agencies.

This sounds great but hard to pull off, given the composition of the Senate, with the minor parties and Independents. So he needed to make a determined undertaking to get to know and be inclusive with these obstacle-creating Senators to the Budget and better policies to create jobs for Australia.

At a Switzer/Sky leadership lunch two years ago, Peter Costello said Tony Abbott should have gone down to Ricky Muir’s office in Parliament House and said: “Let’s go for a drive!” Ricky headed up the Australian Motoring Enthusiast Party and whether you rated him or not, he had a vote and his vote was needed. The two men who needed that vote — Tony Abbott and Joe Hockey — lost a lot because they failed to deal with a troublesome Senate.

It’s time the PM got out and started talking to the Australians who have stopped listening to him. I’d like to see Malcolm succeed but, at the moment, his failure is not good for business confidence, economic growth and job creation, which is this Government’s war cry and unique selling proposition.

However, it’s not being sold. A new selling team with a better message needs to be recruited. And for good measure, Malcolm, I’d take the Einstein advice. Do less of the media that you’re doing that’s not working and more of the media you and your advice team ignore, like the Switzer program on the Sky News Business channel.

Between my TV show (which is repeated countless times on the Sky News Business channel), my radio show on 2UE, my 2GB appearances, my ABC Adelaide radio spots, my 2CC weekly segments, my columns on Switzer Daily and Yahoo7.com.au and more, I touch over a million people a week. However, you never talk to my audience directly.

Do I need to repeat this? "Insanity: doing the same thing over and over again and expecting different results."