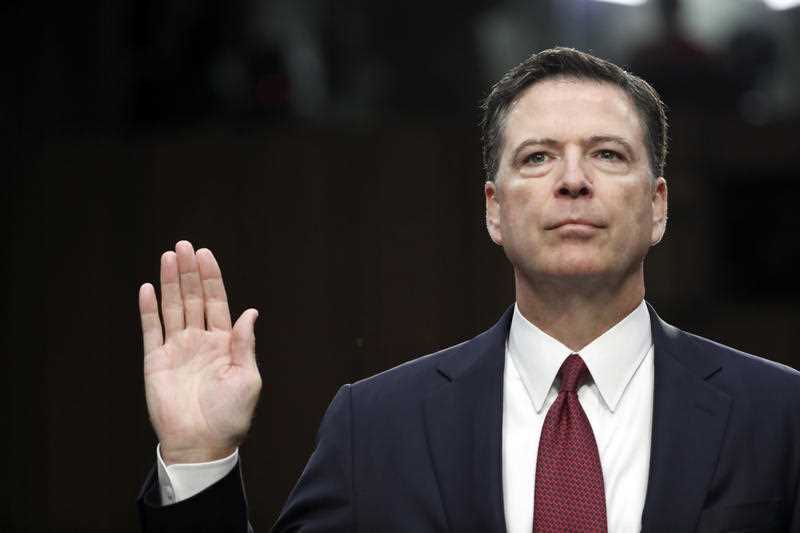 Who could believe a Thursday could be so important?

Overseas on Thursday was a huge geopolitical day for markets. The UK election was held and while some pundits said it could be surprisingly close, The Independent newspaper’s poll said it would be the biggest landslide win for the Tories since Margaret Thatcher.

Meanwhile, Trump haters were praying that the ex-FBI boss, James Comey, was going to tip the bucket on the US President. If he did this, it would give real belief that an unlikely impeachment could happen. Wall Street could react very badly to something like this.

On his early testimony, Comey didn’t show he was a Trump fan, giving it to him for bagging the FBI. However, Wall Street wasn’t worried about impeachment and the Dow was up over 80 points.*

And if they weren’t two big enough events to spook or spike stock markets, then there was the European Central Bank’s boss, Mario Draghi’s latest take on what was going to happen to interest rates in Europe.

This was always going to be the easiest big issue to digest for markets. Draghi raised the ECB’s growth forecast for the Eurozone from 1.7% to 1.8% and kept interest rates on hold.

BBC reported the improved story this way: “Earlier on Thursday, the Eurostat statistics agency said the eurozone economy had grown at its fastest rate in a year during the January-to-March quarter.

At that rate, the 19 countries that use the euro would see growth at 2.3% this year, nearly double the rate of the US, which is on course to grow 1.2%.

Mr Draghi said the recovery was due to a pick-up in investment and corporate profitability, gains in employment and the global recovery supporting trade and euro area exports.”

This is a great news story for an important chunk of the world economy and is a positive for an economy such as Australia that relies on world growth to keep commodities up.

A crazy report from a hitherto unknown foreign-based economist was given column inches in the Oz press yesterday because he linked lower commodity prices to an Oz dollar at 50 US cents! Where do our journalists find these crazies?

I’m writing this at 6:30pm on Thursday, Italian time, while it’s 2:30am in Australia. I’ll soon be off to a beautiful dinner in Camogli but will return and, by then, we’ll know if the voting Poms and James Comey have done the right or wrong thing by the stock market.

Back from dinner and before the close the Dow is in positive territory but not by much. Comey’s testimony gave Trump haters a ghost of a hope that he might have done something wrong but the big players on the New York Stock Exchange and the Nasdaq on Times Square weren’t running for the exits.

It’s fair to say the jury is out on Trump’s potential trumping of stocks but the odds look like he’ll get a speeding ticket for being a President on P-plates rather than a ‘lose your licence’ impeachment.

For an objective reading, the widely considered best gauge of fear in the market — the VIX — traded lower by about 3% to 10.14.

On the UK front, there was no defining results, as voting booths don’t close until 10pm!

Now I guess most of you, including me, didn’t know that.

I’m betting on there being little news that will shake US investors out of their largely positive view on stocks but given the importance of Donald Trump to our investment results for the rest of 2017, I can’t say I’m 100% confident.

I hope by Monday I can be more positive.

By the way, apart from Holy Thursday and Thanksgiving Thursdays in the USA, this has to be one of the most important Thursdays ever!