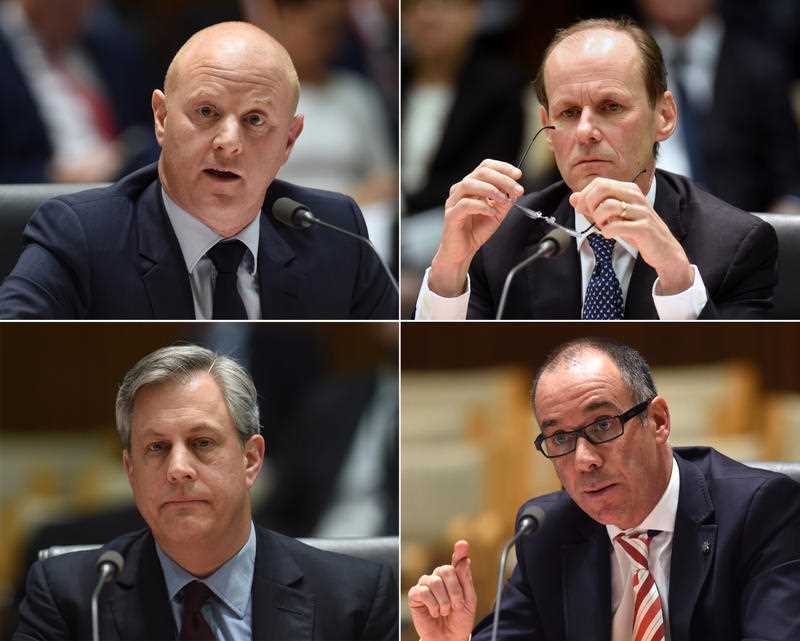 Where were the bank haters when NAB went pro-consumer?

Treasurer-in-waiting, Chris Bowen, has jumped on his boss’s bandwagon calling for a Royal Commission and bagging PM Malcolm Turnbull’s ‘idea’ of a banking tribunal.

I put the word ‘idea’ in single inverted commas because, as far as I know, I was the first to put the option of a banking tribunal up the flagpole on Sky News — and now twice with Laura Jayes on her show The Latest at 6pm. At the time, I thought it was a chance to be poo-pooed as too expensive but I always figured the banks could pay for it! (If someone else was championing it before me, I’d like to know who that smart person is so I can praise them.)

Chris doesn’t like the tribunal concept, arguing on ABC Insiders: “What would this achieve? The banks would have very substantial resources for their legal teams, for his [the PM’s] banking tribunal, and the victims of banking malpractice have no resources.”

Like most politicians I’ve watched over the years, this is why he came up with the usual political ‘solutions’ to a real world problem.

“This is not the answer. A Royal Commission would be able to, in a thorough, mature and sensible way, examine all the problems and instances that have got us this far, and sensible ways forward.”

He points to the existence of a banking and financial services ombudsman, which has been about as useless as tits on a bull, however, even the term “ombudsman” is typically political and so predictably ineffectual.

On the other hand, Finance Minister, Mathias Cormann thinks the banking inquiry last week, which I jokingly called “The Grill Team”, was productive, though I have to say banking buddies I know scored it this way: bankers 4, pollies nil. That said, the publicity wasn’t great for banks and the whole exercise did make me think about the conga line of Ministers of Financial Services, who have nothing to stop banks behaving badly. And one of those included, ironically, one Bill Shorten!

“What we’re focused on is how we can further improve on existing processes to resolve legitimate grievances of bank customers,” he said.

But after that, he lost me when he trotted out this: “There is a process currently in place for further dispute resolution through the financial ombudsman service,” he explained. “We are exploring, and that’s a matter of public record, how that process can be further improved to ensure that the resolution of customer grievances, of legitimate customer grievances, is as efficient and as effective as possible.”

This sounds more like the usual political talk we get out of Canberra. If customers could really settle their problems, we’d never have needed honest, gutsy, whistleblowers and terrier-like journalists like Fairfax’s Adele Ferguson to shame people in positions of power to act to help those mistreated by dodgy finance charlatans.

You don’t need a Royal Commission to look at expensive credit cards, ATM fees and other banking slugs. Ministers for Financial Services could create a crusade to change stuff that looks like exploitation but I have to say this is tricky because it might be banks today, supermarkets tomorrow and lawyers’ fees after that! Where do you stop with interference?

I like the idea of a proper banking tribunal set up like the Consumer Claims Tribunals in each state. I’ve had need to use these tribunals, where there are no lawyers and the tribunal convener listens to both cases, asks questions and rules on the matter. It worked well for me and this is what I could see working for most banking disputes.

The PM and his team need to put some details on what a banking tribunal should look like so they look fair dinkum. Meanwhile, I’d like Labor to get real about Royal Commissions. We had one into drugs in the 1980s and we can see how much effective change came out of that! We have an ICE problem in this country and where are the governments springing into action that makes us voters think our representatives are on top of this?

Recent writings have shown that I’m not a huge bank basher nowadays but when I was younger I used to do it on TV and radio as an enjoyable sport.

However, I have to say, Australians should point the finger at themselves if they think banks behave badly and no one is doing anything about it. A few years back, NAB tried a big “we’re breaking with the banks” promotion and few people got off their butts to change banks.

Last week, I showed how anyone who wants to be treated better by banks can go to mortgage brokers or comparison websites for lower interest rates on loans. They can switch credit cards to the ME Frank Credit Card or the Coles Mastercard, which have the lowest rates in the market. They can use comparison websites for power bills, mobile phone contracts, insurance and a whole lot more but millions of people don’t use this information. Instead they spend their time watching Gogglebox!

A Royal Commission into banks would be good for Bill Shorten’s popularity but I’m more interested in Aussies’ bottom lines — that’s my beat and Malcolm needs to come up with a credible tribunal idea and fast!

One last point. I went to the Financial Services Ombudsman website and this is what I got at 6.20 on Monday morning: “Our website is temporarily unavailable due to a high volume of requests (error code: 502). Please try again in 5-10 minutes.”

The current Minister for Financial Services is Kelly O’Dwyer, so I guess this is her beat. I look forward to hearing about her plans on the subject.