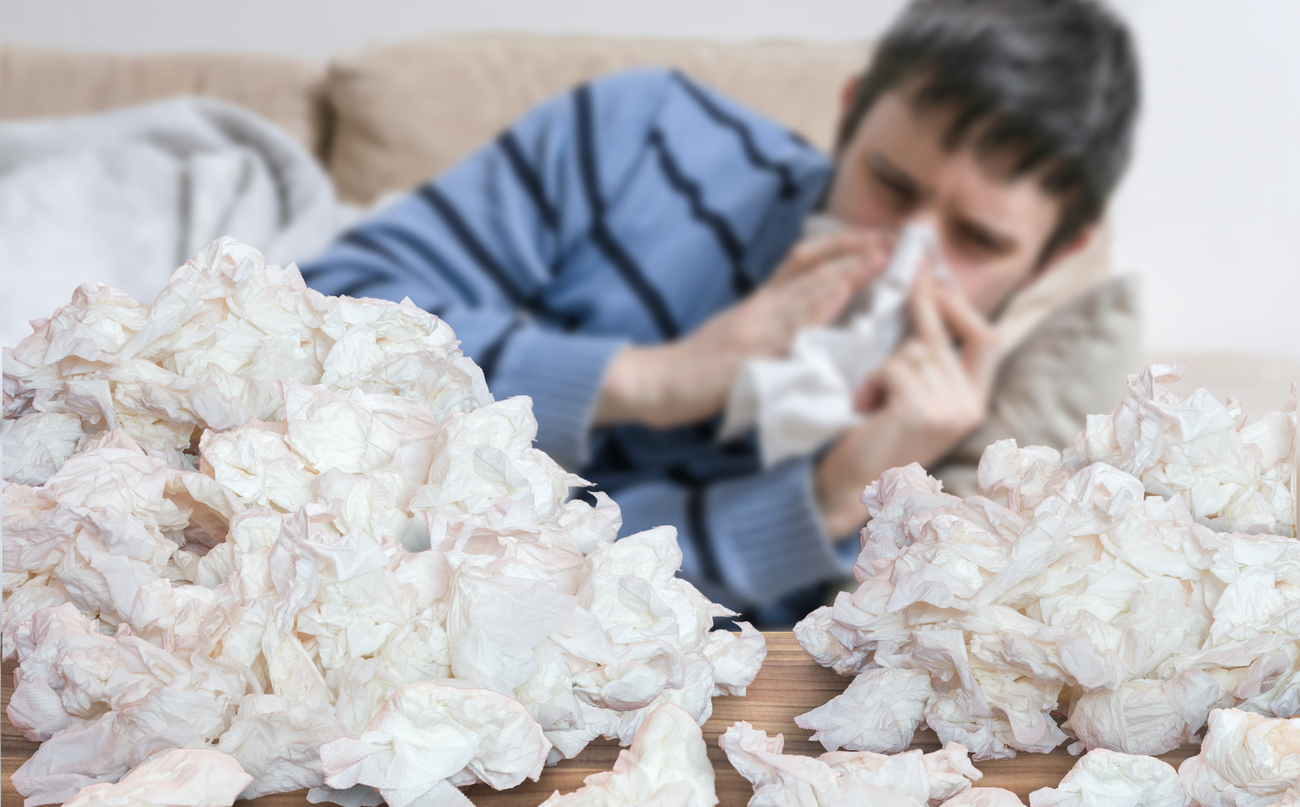 When Wall Street sneezes we catch a cold!

It’s an oldie but a goodie and gee it’s used a lot and it goes like this: “When Wall Street sneezes we catch a cold!” And this is especially timely with big moves on the New York Stock Exchange regularly reproduced, give or take a small percentage, here on our stock market.

But the interesting question for non-stock market junkies, who know the answer, is — why is it so?

Historians say the observation became popular in the 1950s.

This came out of the New York Times: WASHINGTON, Nov. 30, 1957—At the beginning of the present decade it was said of the world economy that “when America sneezes, Europe catches pneumonia.”

And then this on 31 May 1954, in the Winnipeg Free Press: “Slump Panic Needless, Briton Says.”

“Wise economists have warned us that if America sneezes, we would catch pneumonia.”

This came from Peter Thorneycroft, who was the President of the United Kingdom Board of Trade at the time.

Okay, I’ve proved it’s an explanation that has stood the test of time, but is it right?

I learnt all about it as a young academic when the Dow Jones index collapsed in October 1987 and I’ve been fascinated by Wall Street ever since. But this is the first time that I’ve tried to explain the NYSE’s importance to us and the rest of the world.

The original quotation seemingly was “When Wall Street catches a cold, Europe catches pneumonia,” but the world has grown since then and other land- masses have become hugely more important — think China, Japan and South-East Asia as a bloc.

We can’t help but focus on our market. But the facts are, when it comes to stock markets it’s the US — the Dow, the S&P 500, the Nasdaq for hi-tech companies and the Russell 2000 for small cap stocks — versus the rest of the world!

At the core of this follow the leader story is that until recently, the US economy was the world’s biggest economy but China is challenging. However, the US is the richest economy, has the world’s most influential fund managers and it comprises of 30% of the world GDP, so a slowdown there has to affect the world economy. And we in Australia are an open economy that depends on exports for a lot of our growth and that in turn affects company profits, jobs, retail sales, etc.

To understand how dependent we are on US investors you need to know that over 50% of stocks on the Oz market are foreign-owned and American money would be the biggest chunk of that.

This 2014 chart shows how important foreigners are to our stock prices. Just about all of the time some 40% of our stock market is owned by foreigners and in1990, before the recession, it was as high as 60%!

You can see that Institutions battle with foreigners for our stocks followed by we retail investors, who are only around 20% of the market. Given the importance of foreign investors and given Wall Street’s impact on all other markets of the world, when the Yanks get spooked about some smoke in some troubled US companies on Wall Street it spreads like wild fire. 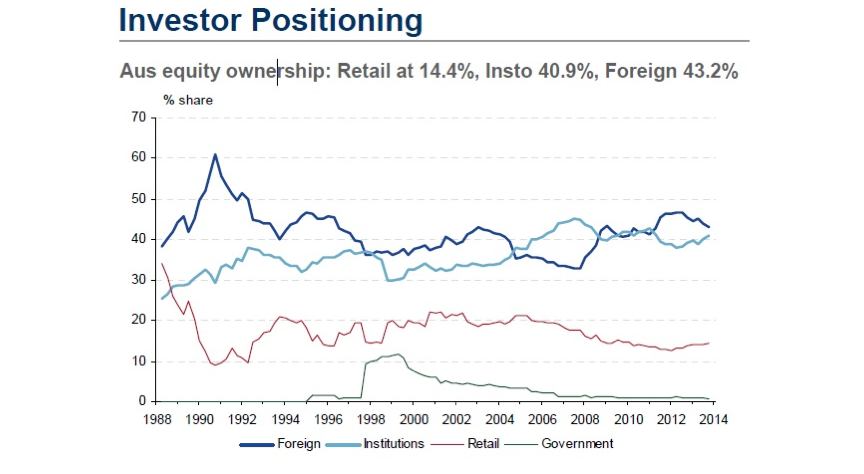 The GFC was linked to sub-prime loans infecting other investment products that had been dressed up as safe, when in fact they were not. A US virus crippled the world’s financial system and it was even US owned credit ratings agencies that were a part of the problem because they arguably did not do their jobs properly in rating these loan-related products.

I think history says “when Wall Street sneezes the world catches a cold,” but I think that is a medical and market exaggeration.”

When the US sneezes it’s like a correction, and recently we sneezed too and our sneeze was actually weaker than the Yanks.’ But if they come down with a real, debilitating cold then we often end up with influenza and a lot of that is linked to foreign money exiting. It’s often called a flight to quality but in reality it’s just adventurous, global-oriented institutions simply wanting to get back into their greenbacks, pounds and euros because they are scared of the unknown. They start to worry if the sell-off will be a crash and will it bring a recession? Bull become bears and optimism is swapped for pessimism and Wall Street is what we all watch.

There is no sound economic reason for money to exit our stock market in these crazy times apart from the fact that history shows that our stock market finds it hard to lead Wall Street and that is mainly because of the dominance of the US economy and that’s just the way it has always been.

Interestingly, China can sometimes ignore Wall Street’s sneezes but to date it has not been insulated against the spread of real, full-blown colds.

By the way, there have been 10-year periods when we’ve done better than the Yanks on a stock market rise basis, but on a day to day basis the short-term players who determine our market daily can’t seem to get over that old follow the leader syndrome.