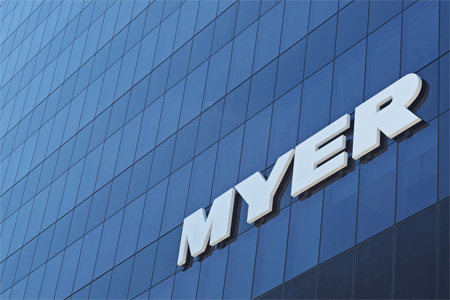 When Myer's problem is that there's no reason to shop there

Myer is in a ‘spot’ of trouble — better call Sol. That’s an irresistible steal from the TV show Breaking Bad, but it comes as the once mighty Myer looks like it’s heading for death row.

In case you missed it, the department store Myer has become a basket case and right now some speculators suggest Solomon Lew will take over the operation, following his request from the company to see the register of shareholders. On the other hand, Lew could be agitating for a change of management and the board. And why wouldn’t he be thinking that, as he owns 11% of Myer through his own company - Premier Investments?

Under its investment umbrella, Myer has successful brands such as Smiggle and Peter Alexander. The company also owns Portmans, Jacqui E and Jay Jays.

The company started the year great in what has been called a tough year for retail, with first half sales increasing by 7.1% on the same time last year. It earns around $90 million a half-year and shows that Solly and his CEO, the former CEO of David Jones, Mark McInnes, know what they’re doing.

In March this year, Solly did a $100 million raid of Myer shares, which pumped up the share price to $1.26, giving him close to 11% of the company.

Some saw this as a prelude to a takeover but nothing has emerged to confirm that, until Solly called for the register of shareholders. That said, he could be using this book of actual owners of Myer, to see who he can enlist to change the board and management.

The current CEO, Richard Umbers, is regarded as an OK retailer by the market but his runs aren’t on the board with Myer. Solly might be thinking that someone like his CEO, Mark McInnes, who was the boss of David Jones until he faced a behavior issue with a female employee, could do a better job. His performance with Premier Investments has basically proved that claim. By the way, Solly was once the chairman of Coles Myer and left under challenging circumstances, so he might be keen to right what he might think were wrongs, at a time when his old company needs someone special.

The Solly speculation is bound to be an ongoing story until we know exactly what he’s up to. Fortunately I’m not a Myer shareholder and have been telling my audiences to be wary of the company since it listed with the most attractive prospectuses of all time, with Jennifer Hawkins draped throughout the document, which was meant to attract shareholders.

Of course, Myer now faces competition from some of the greatest retailers of all time — Zara, H&M and UNIQLO. It also faces category killers/ specialists such as Rebel, JB Hi-Fi and Forty Winks, which have taken away business that once was the domain of Myer and DJs.

Over the weekend I saw a pub that has a barber inside its walls. Clearly the publican gets it — he has to offer experiences and points of difference to build crowds.

The only thing Myer has going for it is Jennifer Hawkins. The problem is that when you go to the store there’s nothing akin to Jennifer in the place. DJs used to tell us “there’s no other store like David Jones” and we still remember it.

The only thing I remember about Myer is that it once was Grace Bros. and it used to be a store my mum took me to nearly every week when I was an impressionable pre-schooler.

The company lost people like me and others and I can’t see what they are doing to rescue themselves from oblivion. Better call Sol!

P.S. A Fairfax report this morning says Citi retail analysis says Myer could save $23 million by changing the location of many of its 200 specialty retail stores and that all savings should be looked at. I hope the company can come up with something better than cost-savings!

As I say: Better call Sol.