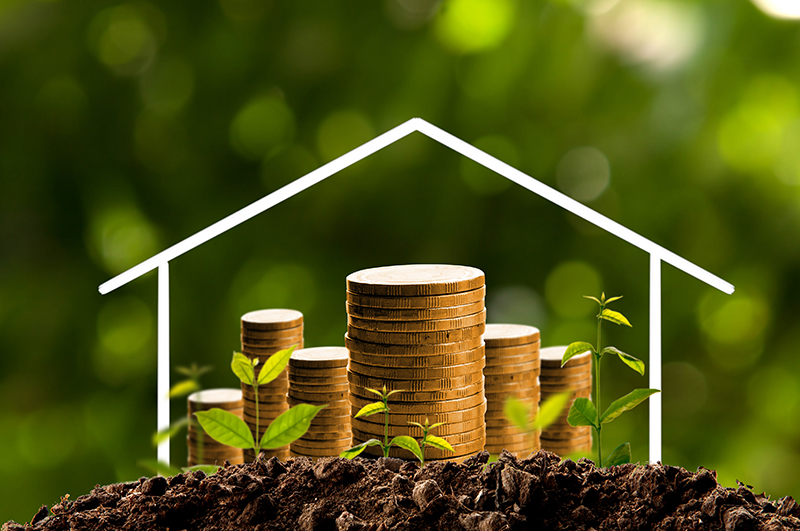 My colleagues on Sky News put Labor’s Tony Burke under the kind of pressure that really makes alert Australians shake their head and think: “This is why so many people are ditching the major parties.”

As Tony defended his leader’s negative gearing and capital gains tax discount policies, Laura Jayes (quite cheekily but astutely) asked if this was meant to bring down house prices?

You should have seen Tony dodge the question because he knows the Government would love to have him saying: “Yes, we want to bring down house prices so the well-off home seller makes it easier for the ‘impoverished’ homebuyer, and especially the first homebuyer, so they can get their hands on a house.”

OK, that’s honesty you could never expect from anyone calling themself a politician. But the bottom line is that Labor’s policies have to make properties less expensive, while they save themselves a lot of tax deductions that hurt the Budget. Of course, creative accountants and rational-thinking high taxpayers will search for other tax-minimizing strategies because that’s a national past time — but that’s for a future whinge!

I’ve been arguing that even if you grandfather existing properties where the owner is using negative gearing, when it gets sold, the grandfather clause dies, so the next buyer isn’t likely to be a property investor.

Some existing properties could be attractive for investors, if they think there’s a lot of potential capital gain but these would be quite scarce.

Those properties with limited or slow capital gain potential would be rejected by investors, and less people would show up to an auction or home opening, which would lead to lower prices.

Negative gearing is supposed to encourage those with money, and paying a lot of tax, to become landlords. This was an idea to get governments out of providing accommodation for low income Australians.

Accountants looked at those paying a lot of tax and encouraged clients to buy a property to get access to the tax deductions. However, over time, influencers such as ex-Treasurer and ex-PM, Paul Keating, argued that negative gearing doesn’t work if you’re not in the top tax bracket, or if tax rates are coming down.

A recent tweeter questioned my concern for the issue based on his view that it only works for high tax rate income earners.

But his view is only half right. If you’re in a top tax bracket and there’s a big loss when your rent is less than your interest repayments and other costs of being a landlord, then there’s a considerable tax benefit. But the investment story is important to the whole success of the strategy.

If you only made a small loss on a two-bedroom apartment in Bondi, bought say seven years ago for $600,000, the 150% capital gain you’ve made since has meant that your brush with negative gearing has been a positive experience.

The capital gain is an important incentive.

Also, negative gearing helps your cash flow to make the payments to the lender. You can work out your expected loss of being a landlord with a negatively geared property and get your paymaster to reduce your weekly or fortnightly tax slug, which gives you extra cash to meet your loan repayments.

But is it fair to help someone make a capital gain then give them a 50% discount on this gain before taxing it at the taxpayer’s top tax rate?

Well, as I said above, the nice tax treatment of landlords or property investors was meant to get the private sector to help provide accommodation, which governments used to provide. We used to call these public offerings housing commission projects and they were expensive for budget bottom lines. And many of these projects turned out to be unsuccessful social experiments.

But after a bit of legwork I found that the richest 20% of Aussies start around an income of $65,000! So you could be a part of the rich Australia we’re all supposed to hate for being so lucky and well off!

So it won’t surprise you to learn that ATO data shows that two-thirds of Australians who negatively gear have an income below $80,000.

Ironically, the AFR reminded us that “Paul Keating was Treasurer when the Hawke government famously removed negative gearing in 1985 only to bring it back after rents had gone up.”

Of course, in the age of historical revisionism, statistics have been found that say rents only went up in Sydney and Perth after negative gearing was canned. I prefer the best measure of the pluses and negatives of the idea and that’s the fact that Paul dumped his big idea after two years!

What looks good with numbers, economic models and social ideals can really come a cropper when you try messing with the real world!

The Australian Council of Social Services isn’t a fan of negative gearing: “It is the combination of taxation of capital gains at half the normal tax rate when the property is sold, and the ability to claim unlimited deductions for losses in the meantime that drives investors to negatively gear.”

I guess you can see why future PM Bill Shorten is taking on negative gearing and the capital gains tax discount, which he will reduce from 50% to 25%.

The ABC’s Fact Check website reminded us that solicitor Jim O'Donnell, in a paper published in the eJournal of Tax Research in 2005, said when the attraction of “deferred and reduced” capital gains tax is added to the ability to offset rental loss against other income, “the net effect of negative gearing is that the investor can come out ahead in economic terms and still reduce their tax liability”.

But there has to be a payoff for individuals taking on the risks of borrowing and hanging out with tenants in doing work that used to be the job of governments. And that kind of work led to tax rates over 60% in those days!

The Henry Review said: “The tax advantages from borrowing to invest in a rental property, also relevant for shares, leads to investors taking on too much debt and distorts the rental property market.”

And that’s a fair call for some investors and in some property markets.

Here’s Fact Check again: “In an August 1987 cabinet submission for the debate on restoring negative gearing, the then treasurer Paul Keating did suggest that the abolition in 1985 had caused investors to leave the rental market, pushing up rents. ‘The tax reform changes have now been in place for two years, which would appear to be a reasonable period for adjustment to have worked through so that investors may again return to the rental markets,’ the submission said.

“However, it also said: ‘With the notable exception of Sydney, conditions in the residential rental property market are not unusually tight. The evidence suggests that local influences, rather than tax measures, dominate in metropolitan rental markets.’”

But the question remains: why did the then-Treasurer, Paul Keating want to re-introduce it? Because it was more trouble than it was worth.

And by the way, house prices were on the way up in 1987 rather than on the way down, as they are now in the big markets of Sydney and Melbourne, so it was a less risky strategy then.

And get this: “There are no owner occupiers who buy in big projects,” he added.

A better policy might be one that actually increases the supply of properties. Undermining the future sale prices of property isn’t a good way to get people investing in property.

I really hope Labor isn’t underestimating the importance of investors, with our housing sector in more trouble than Donald Trump!