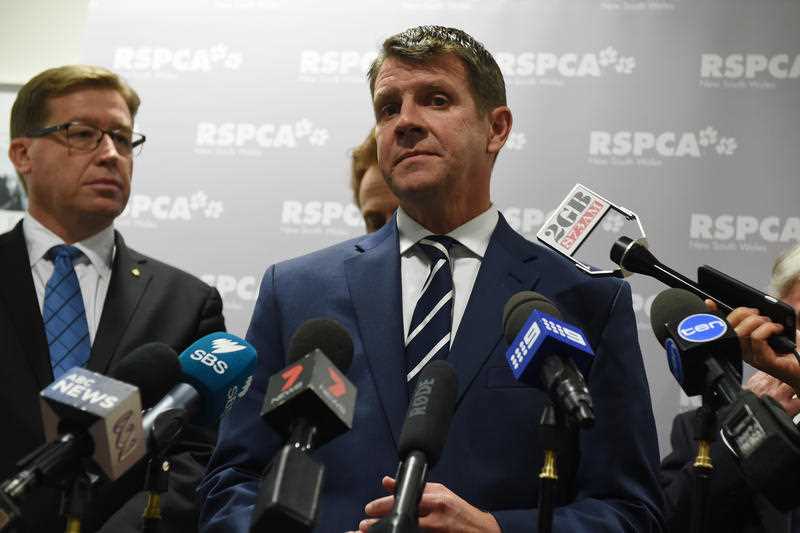 Call me crazy but I see a link between Donald Trump, Mike Baird, greyhounds and payroll tax. And the link explains why even our stock markets are sensitive to a US election debate, which got down to who was the greatest womanizer — Donald or Bill Clinton!

This morning (the morning after if you like, after Donald and Hillary got down and dirty in their town hall debate), CNBC showed how markets were watching the battle.

"I would have to agree that the market is taking it [a tie]," said Peter Cardillo, chief market economist at First Standard Financial. "If the market had thought that Trump had gotten a positive gain, we wouldn't be higher."

So financial markets don’t want Trump, but the polls show that close to 46% of those polled think a man clearly ill-qualified for the job could be their best option for the US presidency!

This tells you a couple of things.

First, these people have a judgment problem. Second, they are rusted on Republicans and/or they’ve had a gutful of Democrats and even Clintons. Third, a lot of people have had it with typical politicians and because of years of the usual BS, they just want someone and something different.

The greatest worry is that Donald was the best the Republicans can do!

Don’t get me wrong, I admire aspects of Trump. His TV show and brand extension business strategy is pure genius. When I interviewed Mark Bouris, who is our local ‘Donald’ for the The Apprentice TV show, he told me that he and Donald weren’t bosom buddies but he admired how he could stay on script as he plays Trump the star, the entrepreneur 24/7!

His huge billion-dollar loss in 1995 shows he’s no Warren Buffett, but he’s still one of the most famous business people of all time. But that’s no credential to be a national leader.

His tapes show he has a morality and standards problem but it shows us how disappointed we are with normal politicians, like Hillary and our own crop, who, clearly, are being seen as the cream of the crap!

The political relevance of the abnormal Trump shows you how bad normal politicians are. And this brings me to Mike Baird, who not long ago, was seen as an exceptional politician.

Lately, Mike has looked arrogant and it might be because he’s been reading his own press, though it might be the news items of a year ago.

His handling of the WestConnex house takeovers and the greyhound ban shows his success is going to his head, but he might be learning his lesson with what the media is calling an embarrassing back down on the ban.

Undoubtedly, the greyhound industry has been a disgrace and people and organisations should be penalised, but banning an industry was madness. If bad behavior was the criteria for killing an industry, then a lot of industries would have to go.

The fact that greyhounds were treated so disgustingly was a failure of government and politicians, so why haven’t we seen some public servants and politicians sent to the bin over the greyhound industry debacle?

Why haven’t police ministers, education ministers and welfare ministers asked why church groups got away with ruining the lives of our young people for decades? There have been accessories after the fact for many of the things we hate about society as it currently exists, and they’re called politicians. And that’s why something as grotesque as Donald Trump appeals to a world where a lot of people are “as mad as hell and they don’t want to take it anymore.”

And they’re so mad that they could even gamble on Donald.

We are crying out for great politicians, who are also inspirational leaders. That’s why Mike Baird looked so promising. When the greyhound disgrace was revealed, he should have appointed a gutsy politician to clean the industry up and heads should have rolled.

I ask you: what politician is leading the fight against ICE and the low lives who pedal the stuff?

Normal people are sick and tired of politicians being gutless-wonder runaways.

I wanted someone to come on my 2UE radio show to talk about the Turnbull Government’s banking tribunal proposal but no one wants to talk. Why?

They don't have a real plan? Are they too busy to talk to the real world? Are they scared? Who knows, but it explains why some people like abnormal people like Donald Trump.

This brings me to payroll tax. Recently, a friend who bought a business in the red to turn it around made the mistake of also having a business in a totally unrelated industry that was profitable.

Her decision to buy the money-losing business, which is now just in the black, meant that 10 people retained their jobs but she has now learnt that she has back payroll taxes to pay!

State government Treasury departments use a rule called grouping so her businesses have been grouped, which pushes her payroll bill over $750,000 and so she has to pay payroll tax!

So in saving a business and 10 jobs and now creating others, she’s being penalised. And this is the kind of thing that upsets normal people.

A normal person can even accept the idea of a payroll tax that slugs job creators but they might - because they have common sense - say you pay payroll tax if you’re making profits.

However, common sense is not all that common when it comes to politicians. And that’s why good sense has gone out the door and it’s why Donald Trump, Pauline Hanson, Derryn Hinch et al now look like reasonable alternatives to normal politicians.

You must know that I hate being negative but on the subject of disappointing, underwhelming politicians, someone has to start calling for some real leaders before it’s too late.