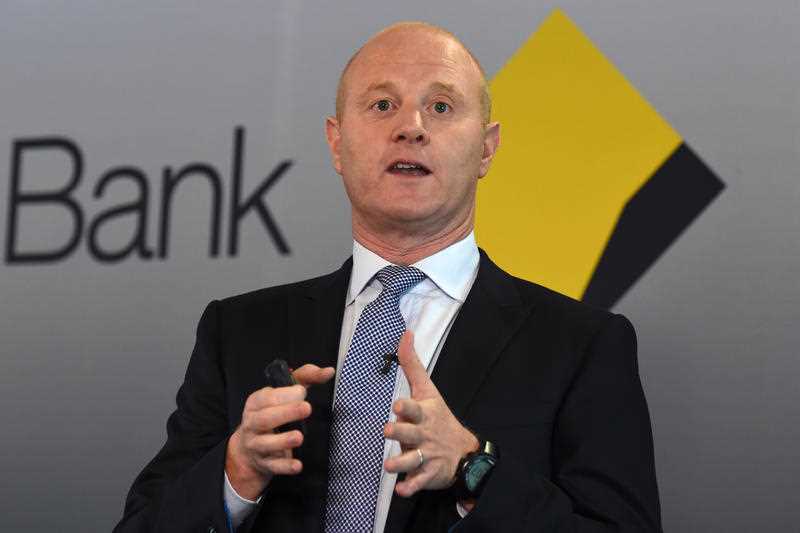 What's wrong with the CBA? Its leader has a problem

This isn’t an easy story to write because over the years I’ve worked with some of the teams at the CBA, who have been nothing short of excellent. However, right now, the bank has a problem that needs to be addressed and it’s the man at the top, Ian Narev, who has to step up and fix it.

I know Ian and he seems like a good guy, for a Kiwi! Just joking, though I’m not sure if racial discrimination political correctness actually extends to Kiwis, Poms, Yanks and South Africans!

Clearly, the CBA’s and Ian’s problem is not its share price, as the chart below shows.  Ian has been there for quite some time and before he took over in late 2011, he was a key player under his old boss Ralph Norris. Both Norris and Narev (a couple of Kiwis!) advanced the bank’s computerized functionality and it has given the bank a real competitive edge over its rivals. 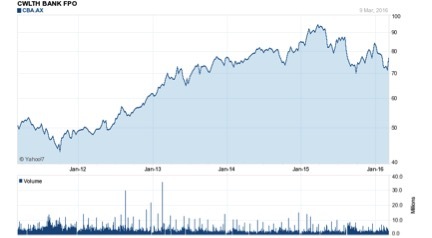 While Norris was a techie banker, he understood the value of listening to his customers and, from the outset, he set goals to make his bank the best in terms of consumer satisfaction. When he took over the bank in 2005, he publicly stated this goal. I promptly responded to this in The Australian newspaper, where I was small business editor, that this was a nice dream but I didn’t have high expectations that it would amount to much.

To my surprise, Norris invited me into his office in Martin Place to assure me that he was fair dinkum about his pledge.

You don’t see that kind of thing from our big four bankers nowadays, which I think shows how remote they are from their customer base.

NAB’s Cameron Clyne is the only big four bank CEO who has ever found the time to come to my Sky Business studio to talk about his dreams for the bank and I’ve always believed it was a pity that not enough Australians took up his offer when he proposed to break up with the big four banks.

He promised to be different and we either did not believe him or we didn't care or we were just bone lazy. In many ways, the problems with our bankers is partly created by our unwillingness to hold banks accountable when they behave badly.

In the early 1990s we did when we switched from the big banks to Aussie Home Loans, Wizard, et al, but we were given a 2% interest rate cut to make it more attractive to break with our banks for home loans.

However, as customers, we aren’t very demanding as a group so CBA has been exposed for poor financial planning practices and now CommInsure has been ‘Four Cornered’ on the ABC for even refusing to compensate a CBA worker who had MS and was advised by the bank that working was out!

Rupert Murdoch once said “the buck stops with the guy who signs the cheques” so Ian Narev has to cop the blame for what goes on below him.

Steve Jobs said of Apple that he always wanted it to be ‘the embodiment of trust’ and it has influenced me when we started our financial planning business. I looked at what people didn’t like about financial planners — in those days secret commission were rife — and we did the opposite, doing things like rebating those commissions.

Of course, it would be crazy to say that all parts of the CBA are infected by anti-customer practices but the latest media revelations on CommInsure tells us that the guy at the top needs to do a root and branch review on what’s right and what’s wrong with his bank.

My wife and I have had some rough treatment from the bank’s insurance arm so it was not a surprise when I learnt about its strong arm tactics with some customers. And today, the SMH is running with a story that thickens this unsavory plot. “The former chief medical officer of the Commonwealth Bank's insurance arm CommInsure has filed an unfair dismissal claim that includes explosive allegations of manipulation of medical reports, missing files and "artificial" declining of claims that should have been accepted,” Adele Ferguson and Sarah Danckert report today.

Over the years, people have complained to me about CBA but I’ve always joked that the best way to get even with the bank was to own their shares, which has been the best stocks-related, money-making advice I’ve given. That said, I like to believe that maybe a bank could be successful with key performance indicators that actually look to find unfair, anti-customer practices and then they exterminate them!

But maybe I’m an idealist.