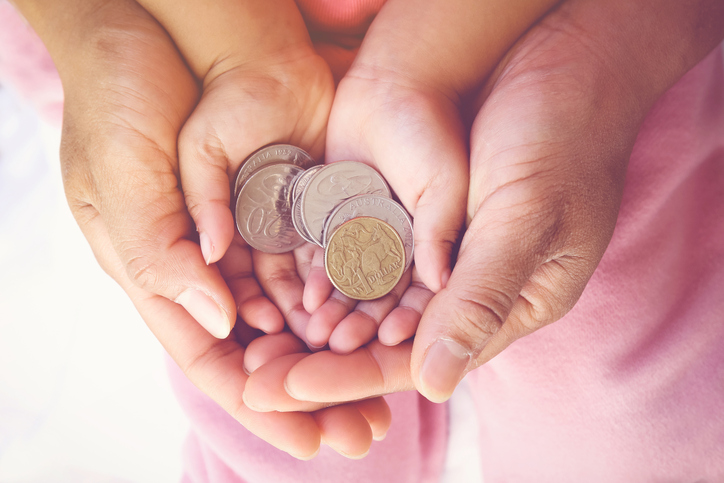 What you should tell your kids about getting richer

One of the greatest problems of grown ups, which most of us choose to ignore, is the role we play in influencing our sons, daughters, employees or colleagues who we’re expected to lead. I was looking at a lot of my expert mates who tweet every day on subjects from Malcolm Turnbull to same sex marriage to what’s going on in Canberra, Washington and Pyongyang. I wonder what they tell their offspring about how they grow their wealth.

Most of my mates in the media are surprisingly smart but they admit to not being money smart and even numerous business journalists have confessed that their personal finances could be miles better!

I want to give you something simple and concise, which, in the absence of a personal financial plan created by a professional adviser, would serve as solid advice that could create richer family members in the future.

I always start with this chart to get people interested. It shows how $10,000 becomes $453,000 between 1970 and 2009 — the year after the big 50% GFC crash of the stock market. And anyone could have done this either with or without much help but they needed to be shown the method and they needed to stick to the ‘advice’ the process implies.

So what did the $10,000 go into? If it went into the equivalent to the exchange traded fund such as IOZ, which buys our top 200 companies or my own SWTZ of Switzer Dividend Growth Fund, which is designed to track some of our best dividend-paying stocks, you should get a similar result as shown in this chart.ï¿¼

And if someone had kept putting more into this collection of top stocks, even through the many crashes and corrections of stock markets, they would have made around 10% or more because this number consistently comes out for investors in stocks over the long term.

So what are the words of wisdom we should pass on to our kids and even ourselves, if your money story needs to improve?

First, it’s simple, find money. Try to save as much as you can by doing a budget and seeing where you can cut your costs. You could try to get extra income, say from an extra job or a part-time business on the side but the goal has to be to find money!

Second, use the stock market to grow rich via a safe collection of stocks, which will tap into the magic of compound interest over time. You could add more to super via salary sacrifice and that’s good for older Australians but youngsters will want access to their money, say to buy a house later in life.

Third, stick to the strategy and remember bad and scary times can be the best times to buy quality assets. During the GFC, the CBA share price got as low as $27 and it’s over $75 today. We bought an investment in 2002 for $1.1 million, which now is valued at $2.3 million!

Wise parenting says you should give your kids a handful of rules and all you need to do is to continually repeat them. The same applies to getting richer — give them some simple rules and repeat them over and over.

With Christmas looming, maybe an ideal present for a growing up child is buying two books on getting rich that you both read and talk about.

I know it's an outside-the-square thought but you and your son or daughter are worth it!