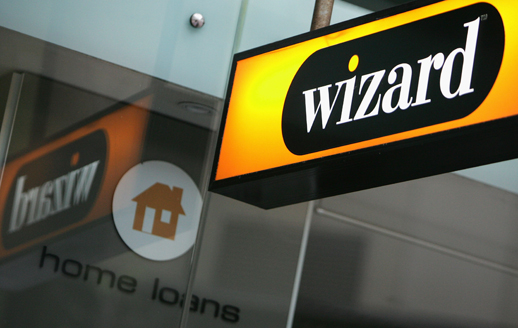 What? Will the Royal Commission discriminate against those over 45 borrowing money?

Commission craziness is about to take over as nanny state inclinations are let loose. One of this country’s greatest lenders told me yesterday that Australians 45 and over will now be discriminated against when it comes to home loans!

Yesterday I interviewed Mark Bouris before the premier of his new TV show on Seven called The Mentor. He came to our offices to star in my Coffee with Switzer video on the Switzer Daily website. (You can watch this interview when it’s uploaded to Switzer Daily next week)

I first met Mark in a small Double Bay office in the early 1990s, when he had a dream to create Wizard, a rival lending business to Aussie Home Loans, which had been sticking it to the banks at the time.

Along with the likes of Aussie, RAMS, Mortgage Choice and others, Mark grew Wizard to become a big threat to the banking system, especially when they got into the mortgage broking space.

Mortgage brokers now write more loans to Australians than the banks, though they actually send most of their clients to banks for the actual loan.

Some of the banks have actually bought the businesses that have mortgage brokers as their customers, so the lines between banks and mortgage brokers have become blurred. That said, good brokers might belong to a group that is owned by a bank but they’d still give their clients the best loan deals, no matter what.

The bad brokers are more likely to put their interests first and put a client into a loan where their commissions are greatest. I believe the majority of brokers are good people who know that looking after their customer is critical to the longevity of their business. However that’s an argument for another day.

Mark reckons the Royal Commission’s implications will chase out a lot of ordinary mortgage brokers, with the rules for broking and for getting a loan for a client becoming tougher. Also, the qualifications needed to be a broker will become more rigorous, which he argues is not a bad thing.

But there is a development that he thinks will become widespread because of the Commission and it’s what sounds to me to be diabolical discrimination directed at 45 year old (and older) Australians.

In an instance of craziness dressed up as care, some banks are already instructing brokers that if a 45 year old comes looking for a home loan or wants to refinance their loan, then as the old saying goes: “Houston, we have a problem!”

And what I’m about to reveal will send you into out of space with crankiness, if you’re a 45 plus Aussie planning on growing your wealth or planning to upgrade your house between the ages of 45 and 65 ahead of a retirement.

If you’re say 45 and found you were being charged 4.6% for a home loan, and you discovered that there’s a 3.6% loan rate out there and you wanted to switch, then the lender would expect the broker to get a statement of advice (SOA) for the borrower before they’d approve the loan!

This has to be done by a financial planner, which will create work for these participants in the finance industry but make it hard for a broker to switch a customer to a cheaper loan. Imagine telling customers that we can switch you but it will cost you $3,000 upfront?

In the old, pre-Commission days, the cost of the SOA would be added to the loan, so the lender gets to charge more and a hoop of officialdom would be sidestepped and the customer would pay, just like mortgage insurance. But those days will be a thing of the past.

Why the discrimination against 45s and over?

Well, loans go for 25 years and many people retire at 65 years of age, so the broker has to prove to the lender that the borrower will be able to pay off the loan in the last five years, when he/she is retired!

Did I say this was madness? Let me show you why.

First, most loans only last 5-7 years, as people upgrade their homes or downsize or go for a sea/tree change.

Second, as someone goes from 45 to say 65, their pay scale usually increases so they become less of a credit risk.

Third, as Mark pointed out, by 45 years of age you’re more likely to be a refinancer or a first time investment home loan borrower so this demand for a SOA is a real discriminating impost. Hey, it’s ageist to boot! I hope the politically correct mob get on to this!

Fourth, this will make it harder for 45s and over to grow their wealth via property, which means super will be the main game in town. And following the Royal Commission, a lot of banks will be getting out of wealth management and super! Did I say this was madness?

Fifth, this shows how crazy our world is becoming — the banks want an SOA so that if a borrower gets into trouble when he/she retires, then they can blame the financial planner for the mistake, especially if they need to make the retiree sell the home!

Mark says refinancing loans right now is dead, as the fear of the Royal Commission revealing what businesses in the finance space have been up to for years goes public and viral. It’s brand damage control and right now, the 45s and over are set to pay a silly price for silly business behaviour by a bunch of dopes who have caused this craziness.

The more we understand who have been running our big businesses and the governments whose leaders should have been watching out for us, the more we all wistfully hope that one day real adults end up in charge.

We are suffering under the leadership of political pygmies and self-serving businesses, which makes many of us think we’re being ripped off.

And the Royal Commission has actually confirmed that many of us might have been. But if more madness results from the inquiry, then our suffering continues, with just a different group in the sights of the morons in control.

Give us a break!

By the way, if 45 year olds find it hard to borrow, there could be a reduction in the building of new homes, which that could undermine our economic growth, job creation and the lowering of the unemployment rate.