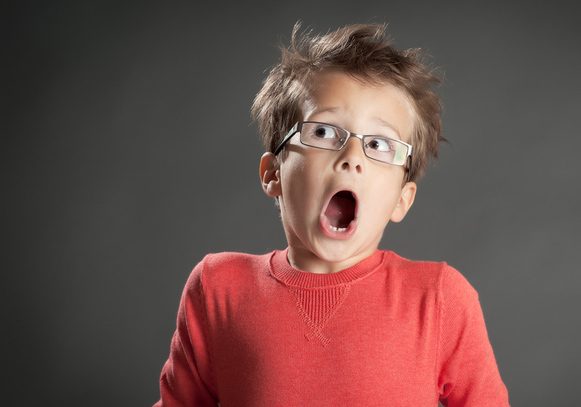 What will stop this stock market scaring the pants off us?

We’re on our own today, with the Yanks on their beloved Thanksgiving, so there’ll be no lead-ins from Wall Street. Yesterday was an up-day, with the S&P/ASX 200 index rising 48.5 points but we don’t have a great track record of acting as a lone wolf market and European markets were all in the red because of Brexit and Italian budget concerns.

So what has to happen to see our stock market shake off these correction blues?

It starts with Donald Trump and the meeting in Argentina for the G20, which is earmarked as the time when he and the Chinese President, Xi Jinping, might come to a trade deal. This is a hope and the stock market would rocket higher on any news that suggested the possibility of the $500 billion tariff slap been negotiated off the table.

And any clear revelation of what will happen going forward (USA on China tariff punishment-wise and vice versa) would create a buying opportunity for stocks.

Yesterday I interviewed a hedge fund manager, who was holding 45% of his funds in cash five weeks ago but is now only holding 5%. He sees this current sell off as a buying opportunity and a Trump-Xi deal would net him a tidy profit.

It should also be noted that in the past two weeks there have been positive comments from the White House about a China trade deal and stocks have spiked on cue. And you should be reminded that the third year of a US presidency is the best for stocks, though some pundits think President Trump could face the opposite and the following reasons explain why.

This week the market focused on a Goldman Sachs report that said the US economy’s hot economic growth will cool down next year. This isn’t a majority view but a growing one and it hurt the stock market this week.

Supporting this was the fact that Treasury yields or interest rates had been rising until recently. This was telling us that the bond market expected strong US economic growth, rising inflation and therefore higher interest rates.

This is why the stock market is still worried about the US central bank (the Federal Reserve), which could raise interest rates too quickly and also give too many rate rises.

This was last week’s worry before the ‘slowdown in growth’ worry took over. But there are double worriers who think slow growth and too many rate rises could dog the stock market next year! As you can see, the third year of this President has a lot to beat to conform to the past, which says we should see stocks head higher.

One reason for that is that Donald has already given tax cuts, which are often a third year play and the sugar hit of the first and biggest cuts will be wearing off over 2019. That’s the view held by many but they could be underestimating the multiplier effect of the tax cut.

Clearly, for stocks to head higher and convince us that this current sell off is only a correction and not a prelude to a crash, the Fed has to hint to the market that it’s not going to be a bull in a china shop and raise rates to a predetermined agenda. The Fed boss, Jerome Powell, has implied that he will play the game in front of him but hasn’t entirely erased fears that the Fed’s future, as well as the most recent rises, are behind this predicted economic slowdown of the US economy.

A rebound in the FAANG stocks (Facebook, Apple, Amazon, Netflix and Google (Alphabet)) would help but these need a China trade deal to kick this along. I suspect the market will buy these stocks again, however, it will be with less enthusiasm.

Away from the USA, China needs to show that its current economic slowdown is going to be arrested and its Government has been “cushioning economic blows with targeted tax cuts, investment incentives and efforts to get more credit to efficient private-sector companies. President Xi Jinping may be nudging his nation on to a more sustainable growth path, even if it means swallowing some losses along the way.” (livemint.com)

This is seen as a better play than simply throwing money at the problem, which Beijing did in 2009 and 2015. That said, stronger economic news would help stocks and clearly this partly gets back to the Trump trade war implications.

On the local front, we need to see the Hayne Royal Commission’s recommendations, which won’t come until next year. And then we need to know the Government’s and Labor’s proposed policy responses to the Royal Commission will work out so we know when to buy or sell the banks! I’ve said before I suspect it will be a case of ‘sell the rumour, buy the fact’, when it comes to bank shares but this is only my best guess. Both the Government and Labor will play hardball with the banks so this could remain a brake on stock prices until the election is over!

The Aussie economic outlook should be supporting a rising stock market but nearly one-third of our ASX 200 index is financial stocks and the Royal Commission is taking these businesses to the cleaners!

Throw in the revolving door of Prime Ministers, the election out there waiting to happen, controversial changes proposed by Labor for property and retirees who buy dividend-paying stocks for their income, and the tax refund that could be banned and you can see more local reasons why our stock market is struggling.

Making matters worse, Brexit and the EU’s problems with Italy and their budget give the stock market more reasons to be spooked.

And while all these concerns explain why we say stock markets “climb the wall of worry”, if Donald and Xi can come up with a compromise that takes away this big negative for the global economy and stocks, we’d see this correction turn into a Santa Claus rally before Christmas.

Our market will have the lead in the saddle bag of what happens after the Royal Commission but given we’re at 5691 now and we were at 6351 on August 30, there are 660 points (or 11.5%) of gains out there waiting to happen. But we need a whole pile of positives to start ‘trumping’ the oversupply of negatives that markets are dealing with right now.

The best bit is that these negatives could easily turn positive.

One last thing: the Switzer Income Conference is less than a week away, and we’d like to offer you a complimentary ticket (or two!) to hear from some of the smartest finance minds in the country on how to maximise your investment income without taking too much risk.