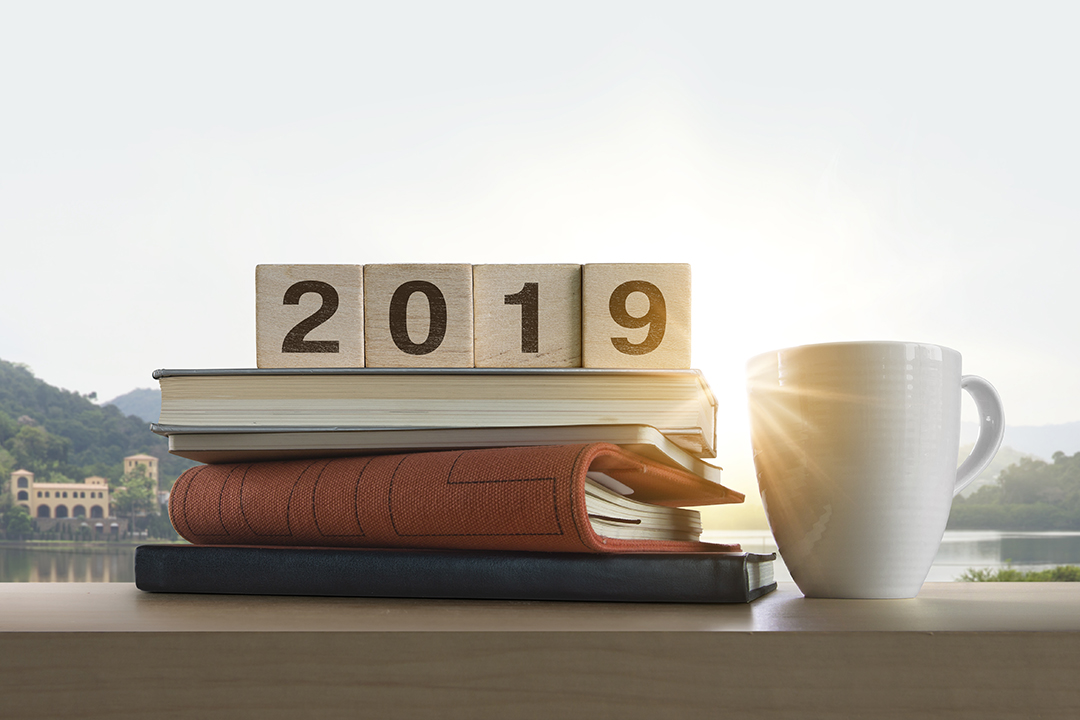 Answering the question: what was the biggest message of 2019? is easy and it came to me instantly when I started to reflect on the year that was. In short, it was: “Expect the unexpected!”

If you need a kick-arse example, try the May 18 election result!

Maureen and I were invited to a friend’s place (whose bias against Labor is legendary) on the North Shore of Sydney on election night. Even though he loved calling Bill Shorten, “Bill Short-term”, along with most of us he was convinced that Bill and Chloe would’ve been sleeping in the Lodge before we saw the month of June.

Real estate agents, financial planners, accountants and mortgage brokers were expecting the worse, while stock market experts were tipping Bill’s policies would KO the stock market. And then Scott Morrison, the man who has always “believed in miracles”, won the so-called unwinnable election! (On that subject, he needs another miracle right now with bushfires and a lethargic economy not doing a lot for his once much-loved reputation, post-election.)

Retirees were expecting to kiss their beloved franking credits goodbye. They got that wrong. And so did the publicly-listed companies that unloaded all their tax credits via special dividends, which helped my Switzer Dividend Growth Fund yield over 11% for the year. I didn’t expect that!

I know many people didn’t expect a rebound in the stock market like the one we got, though I have to crow that I did speculate that 7000 on the S&P/ASX 200 was a chance. We’re not there yet, and we might not make it by New Year’s Eve but 2020 is bound to deliver it. The bottom line is that most market experts didn’t expect this chart:

That’s a 23% gain year-to-date before dividends so someone in a simple ETF for the ASX 200 Index pocketed about 28%! Few of us expected that!

To other market matters, who expected the US Federal Reserve would cut interest rates three times this year? It’s a good question, given when in November of 2018, as the stock market was diving on Wall Street, the head central banker Jerome Powell wasn’t giving any hint that he would be cutting rates in 2019, despite the fact that his President was virtually calling him a dope for not cutting them!

“Interest rates are still accommodative, but we’re gradually moving to a place where they will be neutral,” Powell said during an interview with PBS at the time. “We may go past neutral, but we’re a long way from neutral at this point, probably.”

For those who don’t get economist talk, he was still suggesting that interest rates would rise in 2019 and the market expected he was looking at three rises, not cuts!

Another case of “expect the unexpected” and the same goes for our Reserve Bank Governor, Phil Lowe, who wasn’t tipping three rate cuts in 2019.

He was even comfortable with the house price falls, which were pretty scary until ScoMo pulled off the election win and Phil’s RBA started cutting rates.

And who expected the house price rebound? Not the expert doomsday merchants, who were betting a 40% fall in house prices had to happen.

In April, abc.net.au looked at the house price slump and told us that “UBS economist George Tharenou believes the scale of the housing market downturn, and its fallout in declining construction employment, is likely to trigger rate cuts, but that the real estate downturn is only about halfway through.”

“The peak-to-trough decline in prices is circa 8 per cent, worse than the GFC, and near the largest for at least 55 years when REIA [Real Estate Institute of Australia] data for Sydney started," George wrote in a note. “Looking ahead, we expect price falls to reach 14 per cent, causing a negative wealth effect on consumption.”

Like a lot of us, George would have been surprised by the unexpected rebound in house prices.

On the weather, few of us expected that the climatic day of reckoning would come so fast! And while the debate about the human contribution isn’t settled, and what needs to be done here, the bushfires are going to make this debate more essential and dramatic in 2020.

On sport, few of us expected the All Blacks to miss out on the final of the Rugby World Cup. And who tipped Japan would beat both Ireland and Scotland? Lots of us expected Richmond and the Roosters to win their respective AFL and NRL comps but who expected that wonderful kid Ash Barty to be the number one tennis playing woman in the world?

Let me finish off with a disturbing unexpected development for me personally and it involves the very unlikeable Donald Trump. Even the most subjective lover of Donald would have to concede that he’s not the greatest of guys.

He’s no Ray Martin, Mark Taylor, Hugh Jackman, George Clooney, Nelson Mandela, Bill Gates and Father Bob Maguire. You might like his policies and you might like it that he sticks it to bleeding heart lefties, smart Alec journalists, poncey French politicians who over-protect their farmers and their produce and the Chinese!

And that’s where Donald has unexpectedly won me over. As an economist I hated his trade war tariffs because I knew we’d see a global economic slowdown — and we have. I expect that!

However, over the period of the trade war, we’ve all been forced to focus on how unfairly the Chinese play in trade, in business, in hi-tech matters and with their trading partners. A politician with global clout had to call out the Chinese and only an obnoxious, self-assured bastard like Donald had the rocks to play hardball with Beijing.

Even though Donald is not my kind of guy, I admired his chutzpah in sticking it to the Chinese — and I never expected to write that at the beginning of 2019!

And while on Donald (the ultimate surprise President — and throw in Bill Shorten’s loss, the kiddy leaders in France and Canada and the new PM in the UK, such that we now have a ScoMo leading here and a BoJo in the Old Dart), when it comes to politicians and what we want, would-be leaders need to know us a whole lot better or else they should expect the unexpected!

Oh yeah, another unexpected 2019 development is the number of new book titles that have the word “f—k” in them! One actually has the full word in the title! I bet most of us never saw that one coming.

Have a great break and a peaceful and happy Christmas.