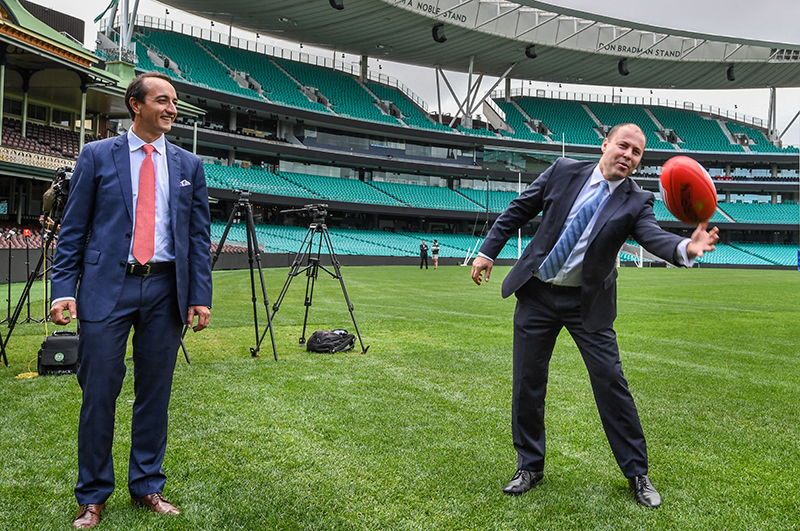 What politician will have the guts to rescue the banks, borrowers and the economy?

Some of the greatest achievements in my material life have been achieved in concert with a group of ‘Australians’ that nowadays have been branded as near-do-wells that can’t be trusted — and they’re called banks! Post-Hayne and his Royal Commission, apparently society is happy to bring bank and bankers to book for their crimes and misdemeanours but the question we have to ask is: “What will be the cost?”

Don’t get me wrong, bad financial industry behaviour needs to be punished and it was hopeless politicians who failed to lead and discipline the financial sector that created a need for a Royal Commission. But the actual number of really bad actions by finance industry businesses versus the millions of very good services and products provided over decades seems to be lost on some vocal Aussies who get space in the media.

Let me remind you that before the Royal Commission most of us were OK with our banks. Check this out as proof: “New results from Roy Morgan show that customer satisfaction with banks in the six months to January 2018 was 81.2%, up from 80.8% in December. This represents a very positive result for the banking industry as it follows the increase seen in December and is the best figure seen since June 2017. It is now also well above the long term average of 73.8% calculated since 2001.”

And even after the witch hunt, the latest reading is at 78%, so our hate session on the banks seems to be exaggerated. The Government now has AFCA in place, which is the Australian Financial Complaints Authority which aims to make it easirt for ripped-off consumers to get even with finance people and businesses behaving badly. So it’s time that someone in charge of the economy i.e. Josh Frydenberg or someone who might i.e. Chris Bowen to actually say it’s time to let banks do what they do — LEND!

The AFR told us via the online mortgage watcher Lendi that home loans are being delayed, denied and are dearer, following the work of Justice Hayne!

Can anyone with a brain that hasn’t been polluted by a total disdain for capitalism, materialism, economic growth, job creation and success, ever say that it’s a good thing that we stop banks from lending?

Potential home owners, employing small business owners and everyday Australians who have big dreams to bring up their family in a home that they own, all need banks and other lenders to make it happen. But the punishment directed at banks is hurting the people who allegedly have been abused by the banks!

I hate the idea of ‘nanny states’ as they create silly situations like we have now, with bank lending that has created a slowdown that could develop into a recession. Political opportunism drove the establishment of the Royal Commission but thankfully we got positives out of it. However, if the negatives help create a recession, rising unemployment, bankruptcies and all the emotional anguish that goes with that, then we can only blame our leaders for not managing the post-Royal Commission fallout.

With close to 80% of us not pissed off with our banks, some politician (before the election) has to say that his Government will work to get lending happening properly again.

Many of our economic, social and political problems happen because so-called leaders allow ever-threatening bad situations to get worse by ignoring the elephant in the room.

I hope this election is won by a politician who actually believes in the old saying: “No guts, no glory”, keeping in mind the collective good of the economy and the country.