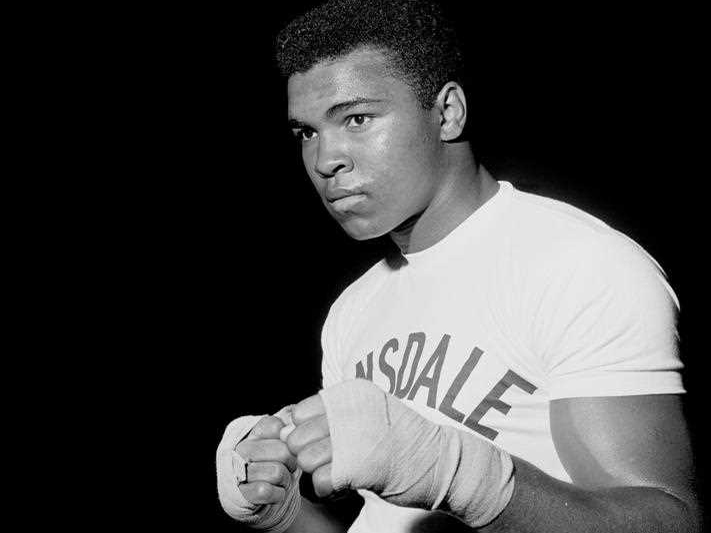 What Muhammad Ali and other business legends taught me

With Wall Street and its famous market indexes flirting with all-time highs, the likes of the Dow Jones index and the S&P 500, which contain some of the all-time champion businesses of the world, such as Apple, IBM, GE, etc., it’s timely to think about what real life sporting champions can teach anyone who wants to achieve something great.

It’s especially so in the wake of the recent passing of Muhammad Ali. When I was young and stupid, I often pondered the value of having sporting legends at business conferences. Don’t get me wrong, I’m a sports freak but I wondered what rugby greats like John Eales knew about the biggest killer of successful businesses — a cash flow crisis.

Knowing John and how smart he is, he probably has a great handle on the subject but the reality is that it was me who didn’t have a great handle on business success. But please remember, this was when I was young and stupid.

Since then, I’ve had the benefit of time and the good fortune to hang out with and interview everyone from the likes of John Eales to Richard Branson to GE’s Jack Welch to Gai Waterhouse to Bob Hawke.

Now that’s a range of different high achievers, but they all had the critical ingredients of success — a big goal, commitment and focus to making it happen, great people around them, a determination to work hard in their strength zone to become exceptional and enormous self-belief.

There’s one more characteristic of winners that Muhammad Ali taught me but I’ll get to that in a moment.

They’re all great leaders in one way or another and that quality came from them being hugely committed to self-improvement. In making themselves high achievers via hard and smart work, they became exceptional and great followers are drawn to these sorts of winners like a barbeque sausage lures a Labrador!

Whenever the greats of business are given an award or are singled out for accolades, they always thank the great people they work with, but that’s not a nice throwaway line to keep the good vibes up in their business. No, it’s recognising how they, themselves, haven’t only attracted great people, but have developed them.

When Jack Welch led GE, the top people he had under him went on to lead some of the great businesses in the US. And Jack explained to me when he was in Sydney some years back that he used to sack 10% of his workforce each year!

He figured the bottom 10%, who pretty well knew who they were from regular employee reviews, weren’t happy at GE and were going nowhere. Jack thought he was doing them a favour and his business a favour by letting them go. He insists that he has received many letters of thanks from ex-employees, who needed the push or leadership to make them go to somewhere they would be in the top 10% rather than the bottom 10%.

A few years back when my wife and I were drawing up our goals for our business, I stumbled on one of my favourite pieces of advice and it came from none other than Muhammad Ali.

He once told us: “It’s the repetition of affirmations that leads to self-belief and when that belief becomes a deep conviction, things begin to happen!”

You don’t have to be a boxing fan to know Ali’s affirmation was “I am the greatest!”

He said this when he wasn’t the greatest but there’s a lot of boxing experts who would say he actually did become exactly that.

That argument aside, he has articulated, probably like no other athlete, what explains his success — a deep conviction can power you to a lot of success. Like great athletes, you won’t win all the time with a deep conviction, (unlike Black Caviar!), but you’ll know the winners circle.

Great business people know the importance of cash flow but they operate in their strength zone and get really good people to make sure there’s no cash crisis in their business life.

The successful business builder, like the great athlete, is 24/7 on his or her goal and what has to be done to make it happen. If they are half-hearted, they will be ‘also runs’ in business and sport. It could also determine a lot about their life as well.

The great US tennis player Chris Evert reportedly once said: “There were times when I wanted to win so badly, I could actually will it to happen. I think most of my career was based on desire.”

I think there is a powerful link between Ali’s “deep conviction” and Chrissie’s “desire” and it’s what we all have to work on to get what we want.

If it’s success in business, sport, relationships or bringing up a great family, it gets down to the characteristics of winners — a big goal, commitment and focus to making it happen, great people around you, a determination to work hard in your strength zone to become exceptional and enormous self-belief.

As my old mate Tim Shaw once made famous — but wait there’s more!

Add deep conviction and a deep down desire and I bet you, things will begin to happen!

P.S. I mentioned John Eales earlier in this story and the moment in our lives I will never forget was when he took the final penalty kick at the end of a Bledisloe Cup game against the Kiwis in 2000.

As captain, he stepped up and replaced the usual kicker, who was off the field, to take what looked like a very hard, pressure kick. That was deep conviction leadership that was unforgettable.

You can see that moment here and I loved his memory of that kick.

He said “I had taken that kick 100 times before in the backyard to win a test for Australia.”

Practice deep conviction and desire and you just might create a picture perfect outcome.