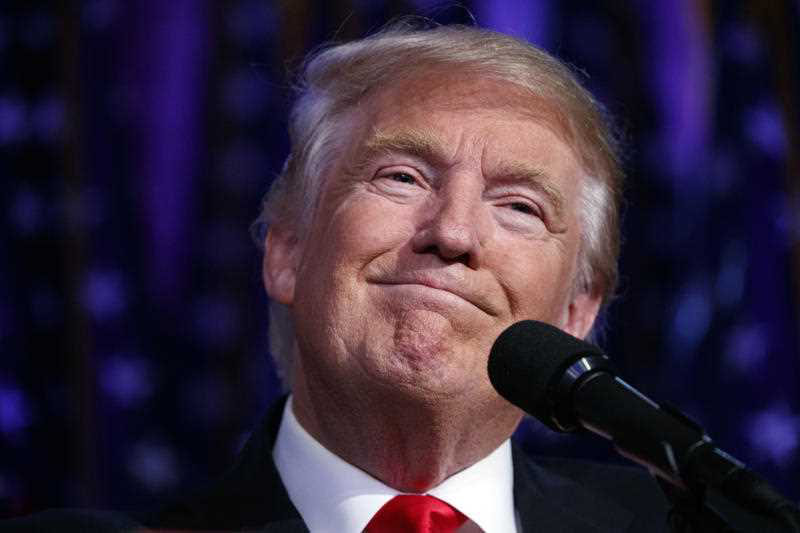 What just happened? Donald is taking us to La La Land! Yahoo!

It looks like Donald Trump has delivered La La Land to all of America and I’m happy to go along for the ride. When I woke up I was expecting to see red on the screen, with US stock market indexes doing a “down, down prices are down” overreaction, which would have set us up for a dip-buying opportunity after Wall Street went too far.

However, there was green on the screen! Now US business TV is saying the market is giving a future business-friendly administration a tick of approval but the market was actually betting the other way before the election. Remember?

When Hillary looked like losing, thanks to the surprise FBI investigation of her emails, stocks dived. When she was ‘exonerated’, markets went up.

The former legendary CEO of GE, Jack Welch, talking on CNBC, explained what happened, quoting someone else who he thought summed it all up neatly with: “The media took Donald Trump literally but not seriously. His supporters took him seriously but not literally.”

My concerns about Trump were primarily that apart from his crazy habits (though let’s face it, George W. Bush and Bill Clinton were hardly pillars of virtue), he was saying crazy things.

A 45% tariff on China! A wall between the USA and Mexico! Interestingly however, within all his craziness, there were economic policies that got lost in all the stuff he had to say to sell to the people who bought his sizzle. These people didn’t care about the sausage, they just wanted to smell the sizzle — they didn’t take him too seriously. Or did they?

I guess we’ll find that out over time. For now, Donald Trump has been re-assessed by financial markets, with Wall Street and the Nasdaq up and bond yields on the rise.

My biggest concern was that a Trump victory might bring the kind of sell offs we saw here and around the world, as it looked like Donald was going to be a winner. That made me think that the negative confidence effects would delay the Fed from raising interest rates in December, which would have kept us in this economic funk that has been around since the GFC.

The USA has to get back to a normal economy with good economic growth, rising inflation, better wages and higher interest rates. And it looks like financial markets are now thinking this just might happen faster under a President Donald Trump!

He has promised to spend more and tax less than Hillary Clinton and that has been historically great for economic growth. So maybe the white, uneducated males of the USA and their un-feminist female partners, who have backed Donald, are better at real world economics. Time will tell.

As for now, I like the fact that the stock market is optimistic about Donald Trump. The great salesman-like calibre of his victory speech was the action of a master seller and entrepreneur! You have to hope he can deliver on his promise.

I also like the fact that bond yields rose, which means money markets see more hope with Trump than Hillary that growth and inflation are on the way.

Donald has mastered the TV world that has come out of Los Angeles or La La Land so I hope he can turn this into an economic reality show that rates its socks off!

And speaking of TV, Simpsons’ fans might recall that in an episode in 2000, called “Bart to the Future”, Lisa became President and inherited an America left broke by one President Trump!