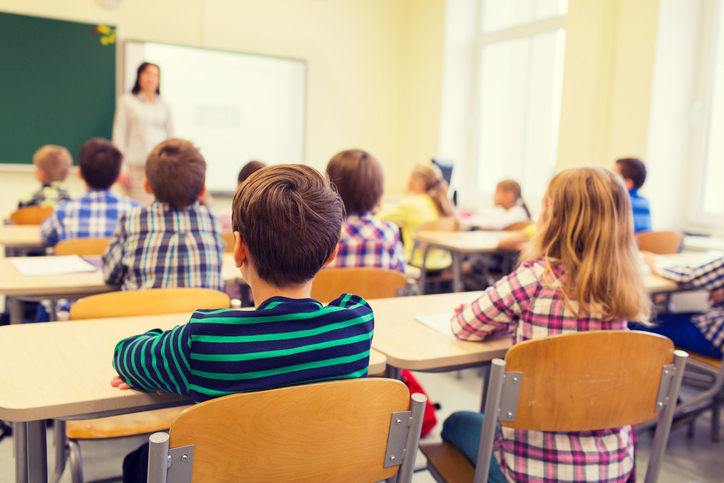 What in the hell's wrong with teaching business to Aussie kids?

Here’s a question for you: why don’t our education systems teach business to everyone? After all, we all learn English and Maths and yet many people/parents can’t even speak proper English, let alone help their kids with fractions!

However, a lot of those parents run businesses, employ people, train those employees and are serious role models for many young Australians!

These ideas came to me after doing what I do every morning. First, I check out how Wall Street is doing, in case there have been developments that could hurt or help our overall desire to get richer rather than poorer.

After Wall Street, I always like to check out what the major newspapers are offering as the stories of the day. And today, The Australian got me in with this headline: “Classroom focus shifts to life skills.”

The thought of an education system and a Board of Studies getting real quite excited me, so it got me in.

I learnt that in NSW “The curriculum overhaul, the first in two decades, will ‘correct’ the existing emphasis on studying a breadth of subjects to ensure students leave high school with deeper knowledge and the skills to navigate a changing world.”

That’s not bad and The Oz’s Stefanie Balogh explained what that means.

“Maths will look at statistics and the algorithms used by Google for search engines, while English will include explicit references to structure, grammar, spelling, vocabulary and punctuation,” she wrote. “Students taking history extension will better understand the nation-shaping role of the Anzacs in politics and culture.”

As I read, I was hoping that provision for business in the curriculum — as a compulsory subject — might be a good idea! But Stefanie made no reference to the notion, so I guess business again fails the real life test by educators and even politicians!

The vast majority of the non-government workforce spend at least a third of their life working in business. And it would be great if public servants and academics at least had a reasonably strong understanding and empathy with business because they work with people who are in business or one day will work in businesses!

I know business courses are offered but I think they should be compulsory in the final two years of study. The subject might not have to be examined in the final exam for school leavers but we should at least try to give them the business and money-making, as well as money-saving skills, to avoid being poor!

Imagine if we were all smart enough to avoid poverty and how that could help the Budget’s bottom line! We would be a more productive nation and that can hardly be frowned upon by the most artistic of Australians.

After all, a lot of my artistic friends are in business selling their works of art, their writings and their ability to act. Last night, I interviewed Damon Gameau, the actor who made that great film called That Sugar Film.

It was a work of art that has become a business and social education juggernaut. Even though I didn’t ask Damon about his business skills, I bet over the past few years he would have thought, as his brand/business has grown, “Gee, I wish I was better at business and money management!”

So what would a business/money course teach young people? Apart from managing money to build wealth, it would show them how to build their personal brand or business. It would teach the value of systems, which might mean not only could they build a successful and sellable business, they might not always lose their keys!

Business can teach life skills that are missing in Canberra and in many families, such as leadership. Imagine teachers dedicating time talking about leadership — imagine the positive effects for both student and educators!

What other good stuff could we offer students?

CNBC recently looked at “What billionaires Bill Gates and Warren Buffett would do if they lost it all and had to start over.” Gates said “he would devote himself to either artificial intelligence, energy or biology.”

Artificial intelligence will be huge, he says, and the world needs cheap, clean energy. And mastering biology could lead to solutions to life problems of obesity, cancer and depression.

Gates sounds like a pretty decent role model to throw at school kids, doesn’t he?

Meanwhile, the 86-year old Buffett, said he would make the same choices and become an investor. "I had fun when I was in my twenties, my thirties, and now I am 86 and I am having fun," he said. "I would be a failure at anything else, probably."

He actually had great advice for students but, in fact, it’s good for anyone: "I advise students, as much as possible, to look for the job that you would take if you didn't need a job," he said.

He insists we all have to avoid "sleepwalking through life," arguing that it’s "like saving up sex for your old age. It's not a good idea."

Imagine if we gave Buffett’s advice to all students: "You really want to be doing what you love doing and if you don't connect strongly to your first job or two, don't give up before you find it."

Now that’s a business life skill really worth teaching and makes me rudely ask: “What in the hell’s wrong with teaching business to our kids?”