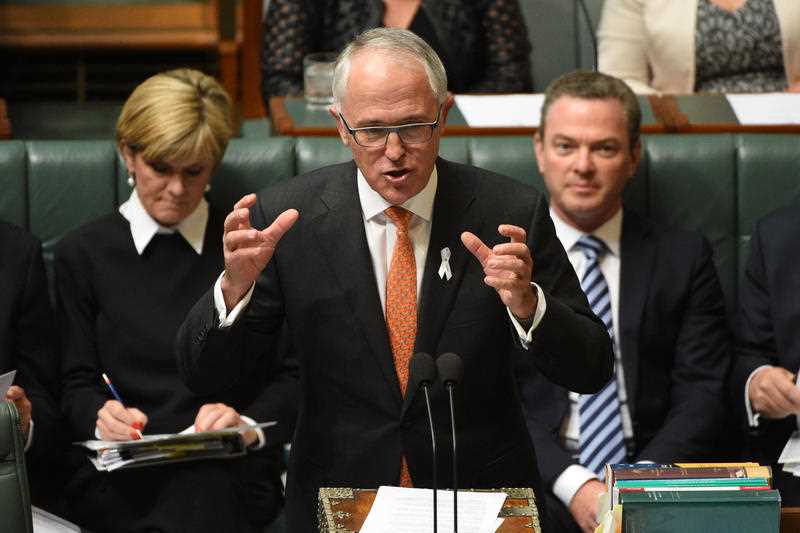 What has to happen to make Malcolm smile?

Yesterday the PM and the Treasurer got some news that has to be seen as good and timely ahead of the May 3 Budget and as the Government’s once unassailable popularity has headed south. It was the latest NAB business conditions and business confidence figures and in case you missed them they were pretty damn good. In fact, they could be called great!

So with an optimistic tailwind from yesterday where even the stock market went up 40 points, let’s see what good economic/market things have to happen to make Malcolm Turnbull smile ahead of an upcoming election, likely to be on July 2?

Yesterday the respected NAB business survey found business conditions went from a good 8.2 to a great 12.3 and this is an eight-year high for this gauge of what businesses are saying about what it’s like to be in business now. In addition, the business confidence reading went from 3.4 to 6.1, which is a big surge and is unambiguously good news for the economy and the Government.

Today it would be superb if the Westpac monthly take of consumer sentiment can be strongly positive but it might be hard given the ANZ weekly reading has been down to flat in recent weeks. I suspect the poor polls for the PM is related to his underwhelming showing since he brought up the GST then dropped it and then brought up state taxes and then dropped it.

A lot of this explains his drop in popularity.

On Thursday it would be a real shot in the arm if employment increases and unemployment falls from the 5.8% level recorded in February.

If this week can deliver a trifecta of good news stories for the economy then the PM can say look at the economic scoreboard and tell me that I’m an under-achiever!

On Friday, I’m hoping China’s GDP growth number surprises on the high side as this will help the stock market ahead of that tricky month of May, when the old saying “sell in May and go away” often plays out. Of course a stock market slump ahead of a Budget and then election would not be good for Malcolm nor our super balances.

On April 17 — this weekend — there is the meeting of OPEC and non-OPEC oil producers and if they can come to some agreement on an oil production freeze then the oil price slumps might be ruled out and stock prices could head up. Sure these might not be the most reliable countries in the world but every time they have talked about an agreement stocks have headed up and BHP and Rio have benefited.

Over the next few weeks US companies report their profit numbers but the outlook statements could make or break the stock market, so this is a US curve ball Malcolm should be praying not to have to face. A positive Wall Street will be good for our market and the PM's stocks.

If the PM can pull off a credible budget, aided and abetted by Treasurer Scott Morrison then with a solid looking economy and a stock market heading in the right direction, an early election might prove a master stroke. If the opposite is the case then Malcolm might end being the sixth shortest serving PM of all time and knowing him he would hate to live with that tag!

A lot rides on the economic and market news of the next few weeks.