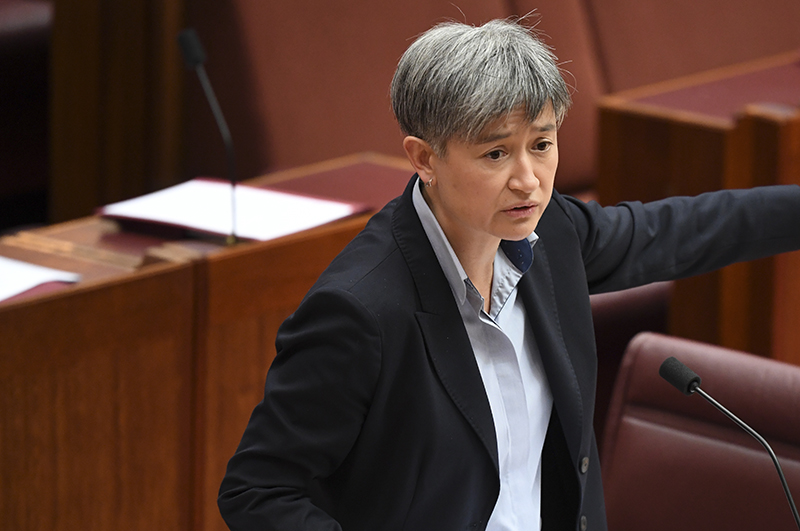 What? Has Penny Wong become the coalminer's daughter?

Big news stories such as Pimco’s chief investment officer saying that a trade war truce could see bond yields U-turn and kill the inverted yield curve and the resignation of the Italian PM (which could bring on an election), can’t compete with this Penny Wong story.

In an age when Donald Trump has made the concept of fake news popular, I only hope what I have to say about Penny isn’t fake news.

If you can believe this story in the AFR, why wasn’t it a front page story? As a consequence of the Queensland and Hunter Valley backlash at the May 18 election, it would appear that Penny has indicated that Labor isn’t against coal and the idea of Australia selling it!

This is a huge U-turn on the subject of climate change and looks like the good sense and fairness to other countries has taken precedence over one-eyed, desperate politicization of a subject that has to be handled with equity considerations.

Don’t get me wrong, if economies could do what they have to do with alternative sources of energy that weren’t progressively harmful to the environment, I’d sign up to supporting the anti-coal supporter group. But technologically we’re not there yet.

What about Penny and the ‘new look’ Labor led by Albo? What’s even more intriguing is that after ScoMo’s dressing down (at the Pacific Leader’s Summit in Tuvalu) for not doing enough to hold back the rising sea levels that worry the life out of Pacific islands in our region, Penny hasn’t piled into the PM.

Showing that Labor has learnt its political lesson the hard way, Penny said this on the ABC: “Coal remains an important industry for Australia and it remains part of the global energy mix.”

Before the election, the Senator wanted one in two Aussies in electric cars, bigger renewables subsidies and the Indians pedalling the Adani coal mine to get on their bikes and get out of Queensland and head back home to the sub-continent.

It looks like Labor has been forced to do what all businesses have learnt to do, i.e. listen to their customers, who are not all inner-city idealists who can afford to hate coal because their jobs don’t depend on it.

The AFR’s Aron Patrick put coal into perspective for us, explaining that:

• 75% of our electricity comes from coal.

• We sell 414 million tonnes of the stuff overseas each year.

• We are the 5th biggest producer of oil, gas and coal behind China, the US, Russia and Saudi Arabia.

But Penny isn’t labouring on her own ‘selling’ coal, with the Hunter MP, Joel Fitzgibbon (who nearly got rolled from his safe seat) telling us that our coal is one of the cleanest possible. “Relatively clean” is how he puts it.

Joel thinks we need coal at least until 2039.

But Patrick showed us Joel’s strongest argument for being tolerant of coal, for at least a time. “We should continue to capitalise on that demand to create wealth and jobs here in Australia,” the Labor stalwart argued. He also argues that our coal “can help Asian economies modernise and eventually complete their own transition to lower-emissions energy.”

If the world signed up to purity for the sake of reducing the potential threat of man to the climate, we would be telling developing economies like China, India, Vietnam and African equivalents that they have to pull back on their aspirations to live materially like Westerners. They’d never buy such philosophical and economic madness!

Now this might be fair if we could get inner-city lefties, Greenies and semi-committed planet-lovers like me, to stop using cars, airlines, air conditioning and underground heating and all the delights of modern living to save the planet and kill climate change.

That’s not going to happen for a long, long time. Part of the reason is that there are some of us who worry that we give up so much to stop or slow down climate change and a damn volcano comes along and wipes out all the good that we’ve sacrificed for!

It’s hard to turn normal people into self-sacrificing heroes. And that’s a lesson that good, old Penny and Labor seem to have learned.