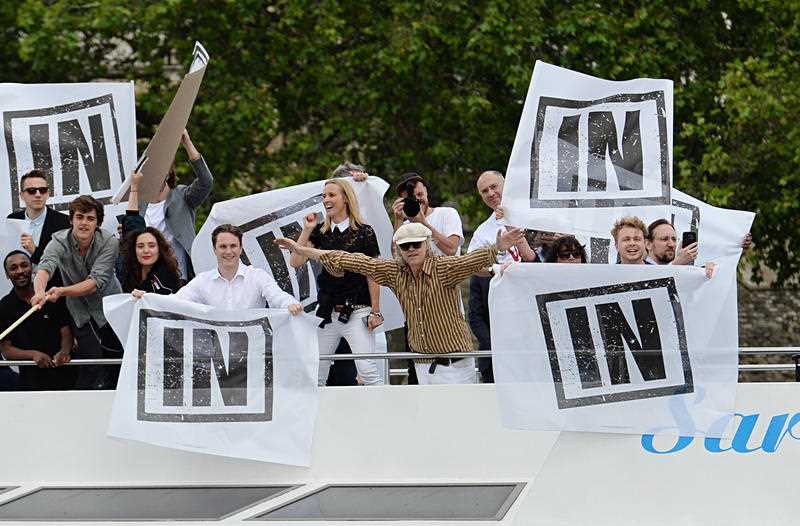 What happened to Brexit? It was killed by a tragedy!

What happened to Brexit? After all, this potential exit of Britain from the European Union via a referendum on Thursday this week was poised to create financial market chaos. However, our stock market was up 94 points (or a big 1.8%) on Monday, when last week we thought this would be a wild worrisome week for wealth builders.

Europe stocks, as measured by the STOXX 600, surged 3.65% and before Wall Street opened, the Dow Futures Index was up 200 points. The real Dow did go over 200 points, but lost some of its enthusiasm to close up 142 points. That said, the Yanks never got too spooked about Brexit, with their stock market down in the weeks before now, but not by as much as Europe or our market. Maybe they’re saving up their fear and dread for dealing with the prospect of a President Donald Trump!

All up, this has been a massive turnaround in sentiment, so what gives?

Well, last week, the polls were swinging in favour of a Brexit but I did argue then that the people who make their money on guessing the future — the bookies — had Bremain as a hot 2/1 on favourite, which meant you had to put $2000 on to make a lousy $1,000!

If Brexit happens, it would lead to uncertainty, stock market sell offs, the US dollar and gold up, while commodity prices and the Oz dollar would head south. Our stock market should be routed, with banks and material stocks — that is BHP and Rio — bound to be KO’d.

How do I know this? Well, the opposite happened on Monday with the turning of the polls against Brexit. Last week, the YouGov poll was suggesting that Brexit was a distinct possibility but now Remain (or Bremain) is back in front.

The Sunday Times reported the latest YouGov poll showed Remain was up 5 points to 44%, while Leave was down 3 points to 43%, so 13% is still undecided. As you can see, this isn’t a done deal, yet.

That said, the 8-point turnaround follows the terrible tragedy of Labour MP, Jo Cox, a Remain advocate being shot in the street on Thursday.

And now, or at least on Monday, market players think Brexit is a no-goer and so bank stocks and the likes of BHP spiked.

This might be a problem for those UK nationalists who despise the EU, but it’s a huge plus for the world economy and stocks. The global economy sweating on a global economic recovery didn’t need another European curve ball like the Greek one we had to deal with last year.

Of course, Grexit was economically less important because the UK economy is miles more significant. It’s the 5th biggest economy in the world, while Greece ranks at number 48 behind Bangladesh, Columbia and Vietnam!

No one knew what a Brexit would mean to economic growth in the UK and the EU, the solidity of the banks and business confidence.

That said, the IMF said it would trigger a UK recession, a stock market crash and a house price slump.

All this would have had repercussions around the world and the very uncertainty of it all would result in a gross market overreaction. That’s what markets do.

Of course, if the polls swing back towards Brexit, markets will dive. And if Brexit happens, then the economic Armageddon described above could become a reality. And even if it doesn’t, there are enough people out there who believe it will and these panic merchants could trash stock, currency and commodities markets and make it all one big self-fulfilling prophecy!

I have one recommendation — pray for no Brexit. I’d hate to think poor Jo Cox’s life was cut horribly short for a lost cause.