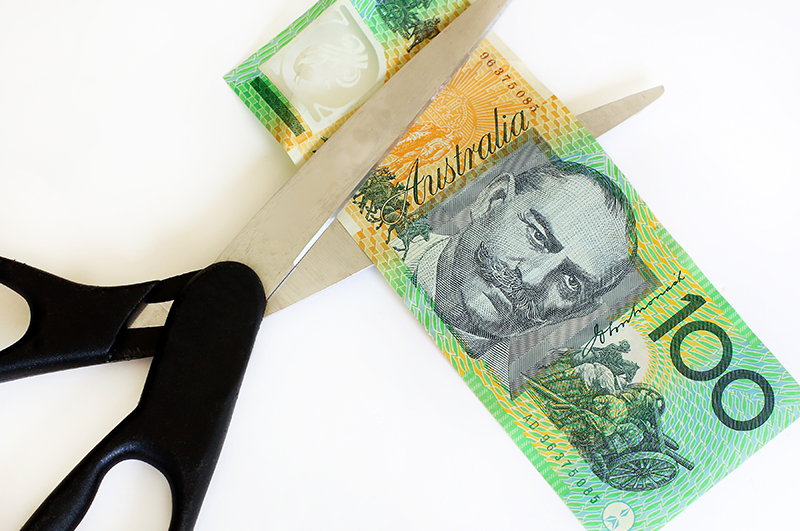 What do we need? Tax and rate cuts. When do we need them? Now.

Last week, Goldman Sachs went negative on the Aussie stock market telling us that our 18% rally in stocks this year so far (up against a slowing economy) wasn’t going to be the best cocktail for creating profits and driving stock prices higher.

All this wasn’t being helped by the Trump trade war that’s hurting Chinese economic growth and China is our number one export customer. That’s why getting these promised tax cuts through the Parliament this week is crucial and is an important test for the ‘new look’ Labor team led by Anthony Albanese.

Getting these tax cuts into the system this week (in a week probably set to deliver another interest rate cut by the RBA tomorrow), hot on the heels of the Donald Trump-Xi Jinping truce on tariffs, as well as an agreement to resume trade talks, looks like good economic news way overdue. Yep, and that’s what this economy needs as it struggles with economic growth.

But wait, there’s more. The AFR this morning runs with the headline that “Capitals hit bottom of property cycle” as more signs that homebuyers are responding to a more positive economic outlook. That’s why the Morrison Government, Albanese Labor, the RBA and Donald Trump need to keep it positive because one false move and this weakened economy could cop it!

Anyone who closely watches the run of economic data as it’s released each day would’ve noticed two things. First, the overall run of news remains worrying. However, second, if you focus on the data that really takes in the post-election effect, then there’s reason to be a little bit more positive than you might’ve been in May.

For example, last week private sector credit (effectively, outstanding loans) rose by 0.2% in May, matching the consensus call from economists. However, the stats showed that lending growth for housing is the slowest since records began in 1976. While I didn’t like this last fact, I took hope from the rise in lending in May and the fact that it was the month of the election.

I want to see the June numbers, which should show the election confidence boost, the interest rate cut, talk of APRA making borrowing slightly easier and the run of positive property headlines we’ve seen lately. In short, I want to see the post-election data.

For example, last week the AFR had the headline: “Sydney house prices to grow by 7% by end of 2020.” Ultimately, this is speculation, just as the 40% slump calls were over the past two years. But just as the negative headlines helped explain the 14.9% price fall in Sydney and the 11.1% fall in Melbourne, these more positive ones should have a notable effect to KO the price falls and help the economy get stronger.

Sure, it’s right to worry about a spike in debt when household debt-to-GDP remains internationally high but that’s why everyone (the Government, Labor, the RBA and Donald) has to help to get GDP growth up.

The faster our economy grows relative to the growth of debt, the better is our household debt to ratio problem. That’s why I’m rooting for anything that delivers growth and it’s why I want the RBA to cut tomorrow to get this cutting process out of the way.

Deep down, I want this to be the last cut because I don’t want to see a cash rate at 0.75% or 0.5% because it will mean that our growth is so bad that we need it!

And if Dr Phil doesn’t cut tomorrow but does it in August, then he’ll look a bit silly. As Donald didn’t agree to a deal over the weekend with China at the G20 meeting, the RBA knows any economic stimulus effects of a trade deal could be months away.

A deal over the weekend could have justified holding back on another rate cut so soon after June but now a double-barrel cut looks like a smart play.

This should be a positive that could add to the Parliament passing the tax cuts, with news that the Senators on the crossbenches are close to signing off on a deal.

I’m not arguing that Labor doesn’t have a case with its idea for bringing forward the second stage of tax cuts worth $158 billion but I think getting tax cuts passed ASAP is really important, given the precarious nature of the economy.

Bringing these forward would be great for the economy but hurt the Budget’s push to surplus. That said, I’d rather get growth happening.

But Labor wants to fight about stage three of the tax cuts, which is a battle for 2024! This isn’t the time for politics but for economics and getting stimulus ASAP is crucial.

This is Albo’s first test. It would be wise for him to remember (whether he likes it or not) that the Coalition won the election on very few policies but the standout one was their tax policy.

And passing the tax laws this week will more than double the tax rebate for low and middle-income earners, from $530 to $1,080 in their upcoming tax refund. You don’t have to be Shane Oliver or Bill Evans to work out that the economy needs an injection of tax cuts sooner rather than later.