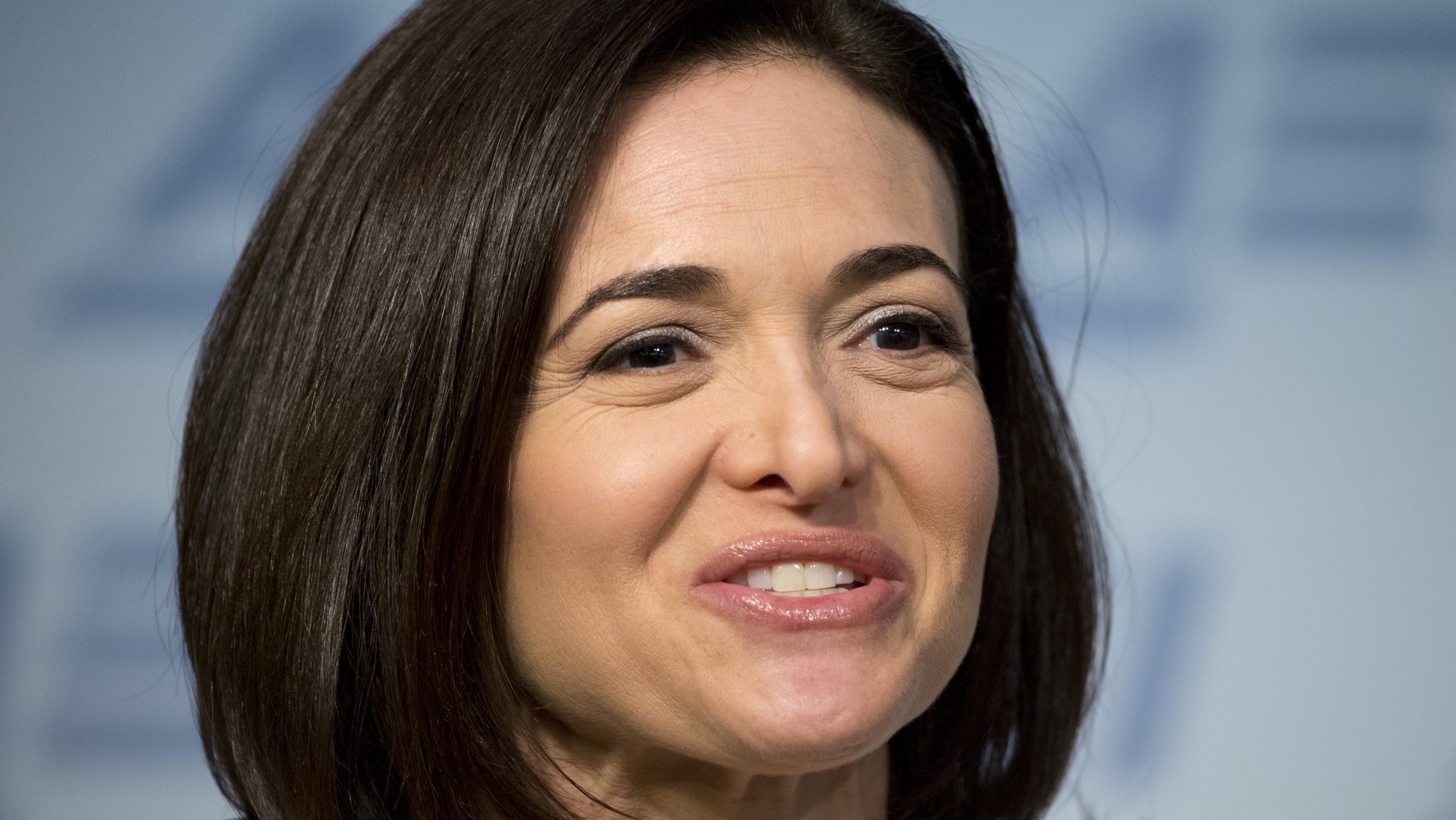 What do great performers have over most of us?

I’ve always been curious about the reasons why some people are good while others are great. When it comes to young people in sport, natural talent or lucky physical assets can explain pre-puberty sporting greatness, but, as time goes on, I reckon a lot of greatness is about choice, with a bit of luck thrown in.

That said, the legendary golfer Gary Player is famous for explaining his greatness this way: “The more I practice, the luckier I get.” And in Outliers by Malcolm Gladwell (one of the best books I’ve read on higher achievement), his central premise is that 10,000 hours of quality practice gives you a really good shot at greatness.

Admittedly, many of his examples focused on people with pretty good talent to start with but the big defining factor was their commitment. I often bring up this high achiever quote in my Weekend Switzer pieces but it’s the kind of thing that should be shown to people with aspiration every day.

It comes from the tennis great, Chris Evert, who once reflected on her life and explained her success this way: “There were times when deep down I wanted to win so badly I could actually will it to happen. I think most of my career was based on desire.”

In a biography of actor Robert De Niro, author Shawn Levy revealed that De Niro actually willed the film Raging Bull (the story of the complicated and crazy life of boxer Jake LaMotta) to happen, as he was totally driven to make it when no one else wanted to.

And if anyone wants to go from good to great, I suggest you tell yourself every day that you can make it happen.

You might think that sounds a little too American-inspirational, bordering on the annoyingly crazy, but repeating positive stuff is tipped by experts to be beneficial.

Norman Vincent Peale wrote one of the best-selling books of all time, The Power of Positive Thinking, and many bullet performers name this tome on self-improvement as important in their success story.

This from Darshan Goswami, M.S., P.E., from Pittsburgh in the USA sums up their basic view on the subject: “According to psychology our mind controls our body. You can tap this capability by following a few simple steps. Each person is capable of programming their own mind to achieve what they desire.

“By learning to direct your thinking, you can change the way you behave and achieve a positive mindset. With a positive mindset, you always expect more joy, happiness, better health, greater success, which also helps you reduce your stress levels.

“Basically, whatever your mind thinks and believes is what you expect. Anticipate positive situations and you'll get positive outcomes. So, taking charge of your mind becomes a vital factor in keeping your body healthy. You can do this through affirmations and by consciously relaxing your mind through meditation.”

And gee, I’m not going to go all religious on you but someone said in the book of Proverbs quite some time ago exactly the same thing: Be careful how you think; your life is shaped by your thoughts.

Boxing great, Muhammad Ali believed in affirmations. He once told us: “It’s the repetition of affirmations that leads to belief and when that belief becomes a deep conviction, things begin to happen.”

Even when he was Cassius Clay and on the way up, Ali told us: “I am the greatest!” and even though he wasn’t at the time, his affirmation became a deep conviction and he became the greatest.

Of course, being positive doesn’t always guarantee that you win all the time but it gives you a damn good chance and it can even be positive for your health. And not many really sick people become stand out entrepreneurs, sporting greats, musicians, leaders, and so on.

A study in the Journal of Personality and Social Psychology examined the thinking patterns of college students suffering from depression.

“The study discovered that negativity just makes depression worse, as the negative thoughts accompanying depression tend to lead to more. These thoughts can undermine your attempts to control depression!” (healthambition.com)

A 2006 survey of worriers and non-worriers by the Journal of Clinical Psychology found conclusively that “negative thoughts and anxiety reduces your cognitive function!”

Here’s a pic that sums up the reason why getting positive pays off: 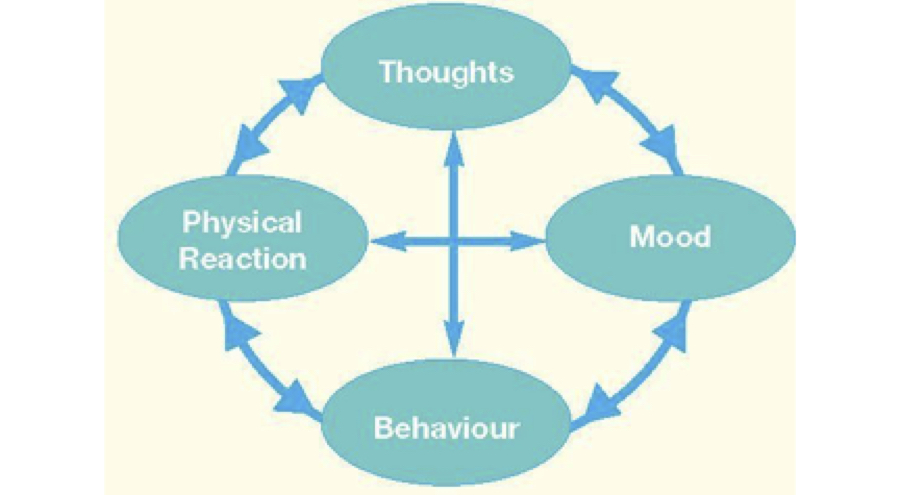 I’d argue that it’s hard to do quality practice/work and lots of it when you’re feeling down and negative.

When I’m asked why the great entrepreneurs built such exceptional businesses, I say belief in a dream, commitment to making that dream happen, surrounding themselves with great people to cover up weaknesses and nearly 24/7 hard work.

There are exceptions but most of them work long hours because they love their dream/work.

Inc.com looked at the insane workloads of some of America’s biggest names in business and reinforced my view that hours in often mean great output out.

Apple’s boss, Tim Cook starts emailing at 4:30 am and is the first to the office and the last to leave. Tech entrepreneur Mark Cuban, who owns the Dallas Mavericks, says he went seven years without a vacation and used to stay up to 2am in the morning reading about new software.

Amazon’s Jeff Bezos has always been driven and even his classmates were told in no uncertain manner that he would be the school’s valedictorian and it was no idle threat/dream. Brad Stone, the author of the book The Everything Store, says in the early days, Bezos worked 12 hours a day, seven days a week and often didn’t get to bed until 3am!

And I love this from Facebook COO, Sheryl Sandberg (pictured), who’s a trailblazer in the business world. She used to leave work at the outrageous time of 5:30pm to eat dinner with her kids. But she revealed to the Harvard Business Review that she got “right back to work online after she puts her kids to bed.”

The legendary basketball player, Michael Jordan was prolific when it came to practice. His coach, Phil Jackson said that “when Jordan first entered the league, his jump shot wasn't good enough. He spent his off seasons taking hundreds of jumpers a day until it was perfect.” (Inc.com)

Jackson argues that “Jordan's defining characteristic wasn't his talent, but having the humility to know he had to work constantly to be the best.”

So what’s the formula for success in everything from building a great business, a personal brand as an employee, a great sporting career and so on?

Let me tweak what I said earlier about what explains successful people, this way:

If you can’t do all the above, you might end up good but not great. I’m not suggesting for one minute that we should all be so committed to success that we adopt the ‘picture book parent’ role or exclude developing relationships with our family and friends in order to achieve greatness. Individual success isn’t my definition of greatness because I believe in a holistic life. I don’t regret for one minute the hours I spent with my sons and now my grandchildren. What I’m trying to explain is how people become great at what they do and it’s brilliant, as long as there’s balance in the equation.