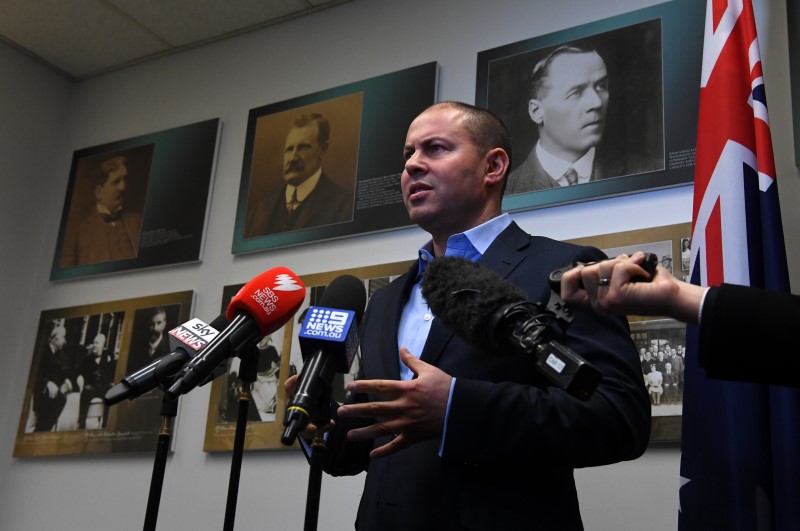 What can Josh say to trump Trump?

The only plus when trying to work out what Donald Trump will do is that you should expect the unexpected. However in the real non-Trump world, business leaders and the businesses and consumers they sell stuff to, are behaving in a predictable way, with an escalation of the trade war. And they’re worried!

A recent Deloitte survey of Chief Financial Officers underlined the current ‘fear and loathing’ over the impact of the US-China trade war. And it can’t improve, following the hotting up of the war over the weekend.

All this makes Treasurer Josh Frydenberg’s speech to the Business Council today even more important because unless Josh starts trumping Trump and his trade war’s impact on business confidence and investment, we are simply in Donald’s negotiating unpredictable hands.

Be clear on this: this trade war is getting close to a crucial stage. Here’s why:

• A trade deal was expected in late March and the delay and ramping up of tariffs is spooking businesses negatively affected by the war, such as Caterpillar, Apple and others who sell to and buy a lot from China.

• The battle intensified when China raised tariffs on $US75 billion worth of US goods on Friday.

• This launched a tirade of Trump tweets but this one grabbed the headlines: “Our great American companies are hereby ordered to immediately start looking for an alternative to China, including bringing…your companies HOME and making your products in the USA.”

• Not helping stocks with these new tariff curve balls from both China and Trump is the fact that the Fed boss Jerome Powell, over the weekend at Jackson Hole, Wyoming, did not signal aggressively that his central bank will cut interest rates to offset the negative economic effects of the war. They most probably will, but he didn’t say that.

• At the same conference, our Reserve Bank Governor, Dr. Phil Lowe said what most business and political leaders are thinking that “political shocks are now becoming economic shocks”.

Those political shocks were outlined by Dr. Phil at a panel discussion after his speech, where he pointed to the tariff battle on Friday (explained above). And then there’s Hong Kong, Brexit, Japan’s battle with South Korea, and Iran.

All this has to rattle business leaders in control of huge investments so it’s little wonder that many are just sitting on their hands waiting for clarity on tariffs, Brexit and so on. On top of that, we have the bond market looking at all this madness and saying it expects a recession over the next 12-24 months. And while I know this market isn’t infallible, with all this unpredictable stuff going on, a recession has to be a real chance unless a circuit-breaker comes along soon.

The best one will be a trade deal but who knows what Donald is going to do here. It’s this very uncertainty that would stop a CEO opting for a big investment that could be rendered unprofitable if the trade war goes from bad to worse. The same problem has to be relevant to a UK firm not knowing what Brexit will mean.

Today, our Treasurer will try to motivate business to invest but it will be the calibre of his offering that could be crucial. The Trump-tariff effects are spooking big business in particular and simply dropping interest rates won’t cut it.

There needs to be fiscal stimulus to help businesses invest more and the BCA supports investment allowances, given the chances of what they really want (lower company tax rates) are off the table for both budgetary and political reasons.

All this means Josh better come up with something to excite business leaders who invest because many of them right now are quite rightfully worried about the trade war and recession headlines.

The Treasurer has criticised companies for paying out lots of dividends recently rather than using these profits to grow their businesses, like CSL and Cochlear have been doing. However, these are exceptional businesses that are clearly not worried about the Royal Commission into banking, the local election and the threat of Labor’s policies. Many local businesses have not only been worried about the impact of the trade war, they’ve had to contend with this pile of home town threats.

Effectively, Josh has to trump Trump and the negative effects his trade war is having.