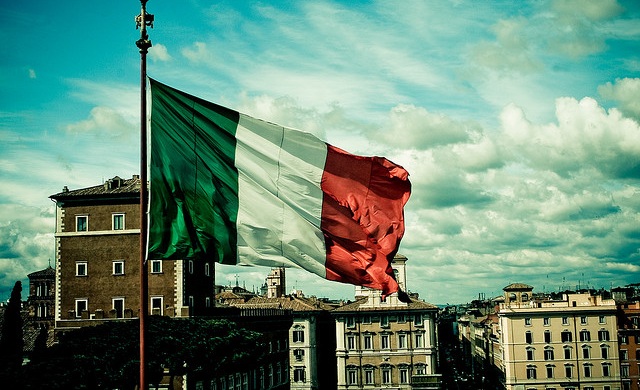 What are you going to do to stand out?

One of the funniest and profoundly influential videos I’ve ever seen was created by an American, Joel Bauer, whose YouTube video has over, wait for it, 2.5 million views! I discovered Joel’s work a number of years ago and shared it with my small business audiences but I started to think about his “Your Business Card is Crap” video after seeing here in Italy, the biggest fry pan I’ve ever seen!

The scene was a small piazza or square in the town called Camogli, which is not far from Genoa and Cinque Terre. Of course, Genoa is famous for being the hometown of Christopher Columbus and the Cinque Terre is an internationally sought after tourist attraction of five towns close together in Liguria, which has a well beaten path for walkers straddling the region’s coast. We stayed in the quieter village of Camogli.

My wife and I did one of the Cinque Terre walks from Monterosso to Vernazza on Thursday and while it’s not for the faint-hearted or unfit, it was exhilarating.

Italian friends had recommended Camogli as a beautiful village on the sea, within striking distance of the Cinque Terre, but not as mad with tourists. They were right. Its reputation for being a step-back-in-time delightful Italian village right on the sea was spot on.

Its low-key and original feel, which many Italians love, defines its brand, which delivers in spades, or maybe it was in pans.

If I’ve noticed one thing about successful people, whether it be in business, sport, politics, wealth-building or in growing a personal brand as an employee or even as a lover (I am in Italy after all!), is they think outside the square. They out-think their rivals or normal people.

I’ve said it before and I’ll repeat it — they court the abnormal and reject the normal. Let me give you an example in relation to building wealth after the GFC.

The stock market collapses of November 2007 through to March 2009 took around 50% off the stock market’s key indexes. Some investors lost a lot of capital and, being scared, they ran to the safety of term deposits. These were over 7% at one stage when money was tight but that didn’t last long and eventually they went to around 5%.

It was an ideal time for Challenger to put out their great fisherman advertisement, where the fisherman said he didn’t have time to wait for the stock market to rebound so he’d put his money into an annuity.

These are safe and long-lasting but their returns are on the low side, reflecting their low risk. Normal people would have gone to term deposits or annuities but abnormal people would’ve been buying the banks or the actual S&P/ASX 200 index, which you can access nowadays via exchange traded funds or ETFs.

I wish my ETF, which specialises in dividends, had launched in 2009, as it would’ve been right for the time. Around that time, I was telling my 2GB listeners that this was a great time to buy quality stocks at low share prices. Then, CBA was under $30 and is now $79 but has been as high as $87!

If you’d been abnormal and bought an ETF for the overall 200 companies, and let’s assume you were totally new to stocks but you’d bought my story on radio and put $100,000 into this product, you would have about $220,000 or more in your kick, if you include the dividends.

Even more if you throw in franking credits.

With term deposit rates being so low for so long since the GFC, you would have precious little to boast about. Being normal gave you disappointing returns but being outside-the-square abnormal paid dividends — in fact, nine years of them at about 5% plus those franking credits, which are like little tax refunds that shareholders can access.

It pays to be abnormal!

Back to the pan, your business card is crap and how these two strange stories can help you stand out from the crowd. And by the way, if you are the quiet, restrained type, I’m not saying you have to become a show off. I’m simply arguing that you need to become abnormal and it can be in the nicest possible way, if you like.

To be honest, Joel Bauer is a show off, and probably a shocking one, but the point he makes in his over-the-top video is that most people in business try to succeed using ‘crap’ stuff.

Often, the first thing we do when we meet someone in business is hand over a business card but what if it’s dull, hard-to-read, colourless, tells nothing about you and your business and is simply ‘crap’? It leaves a bad impression in the mind of the person you’re trying to win over. And you wonder why you don’t kick goals?

Bauer asks in his video “what do you do that brings crowds guaranteed?” And while this applies to anyone in business, on a wider plane he’s saying: what’s abnormal about you that will bring you success?

This is what Bauer says about himself on his official website: “What makes me different over any other mentor in the world are the results my graduates produce. I have trained over 1,900 of the top income-producing speakers, authors, coaches, CEOs, consultants and marketers in the world. They have learned how to write books, build out their product systems, create passive income and communicate in a way that positions them as ‘the only logical choice.’ Now you can learn the exact formula that has positioned the world’s top mentors to where they are today.”

The people of Camogli needed to do something to rescue the village after WWII, so a local lawyer and fisherman thought outside the square and created The Fish Festival in May, 1952 to line up with the feast day of San Fortunato, who is the patron saint and protector of fishermen. 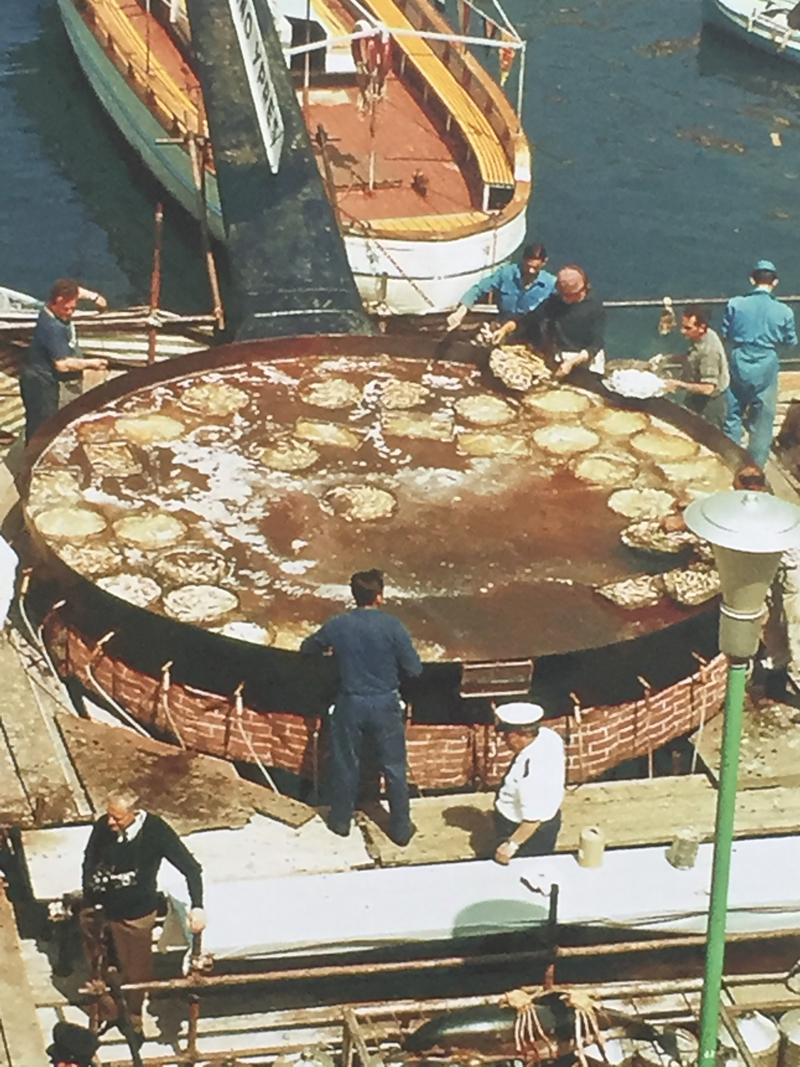 Early success with tourists flocking to the event meant many pans were needed and cooking went late into the night, so two local fishermen, both called Lorenzo, thought outside the pan and suggested creating one great big pan, which became famous not only in Italy but throughout the world!

Nowadays, the stainless steel pan uses 1000 litres of oil to fry three tonne of fish for up to 5000 servings, which they give away free. 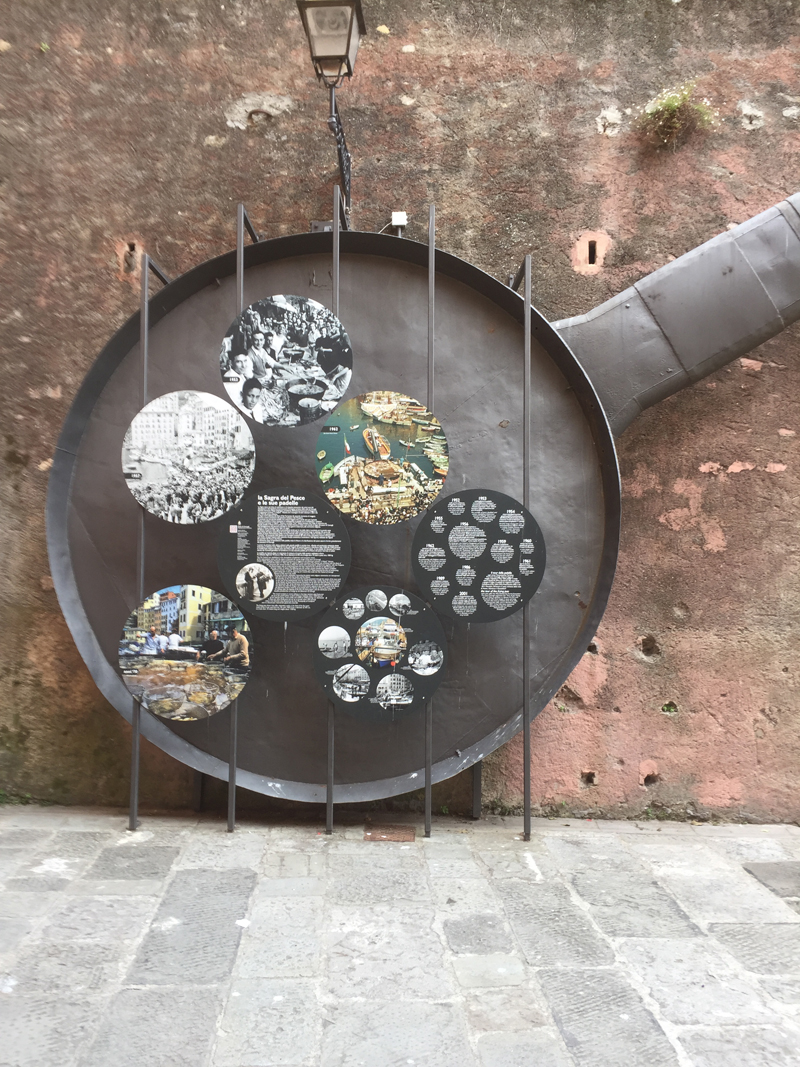 That is a pan and a story of success outside the square (though it’s actually held in a square!) Piazza Colombo. Quite fittingly, this was named after Christopher Columbus, who was one of the greatest outside-the-square thinkers of all time and who lived just up the road in Genoa.

It’s actually a myth that Columbus disproved the Earth is flat as smarties of the time had worked that out. But his discoveries, which included America (if you ignore the Viking Leif Eriksson, who made it to Canada in the 11th century), showed that Columbus was a gutsy explorer, colonizer and real entrepreneur, who was certainly a high achieving abnormal kind of guy.

By the way, I know Chris has some skeletons in his closet linked to slavery but I think the point about being abnormal and successful still stands.

And that’s what you have to do if you want success. Don’t be afraid to get outside your comfort zone and be abnormal. You might discover riches beyond your wildest dreams.