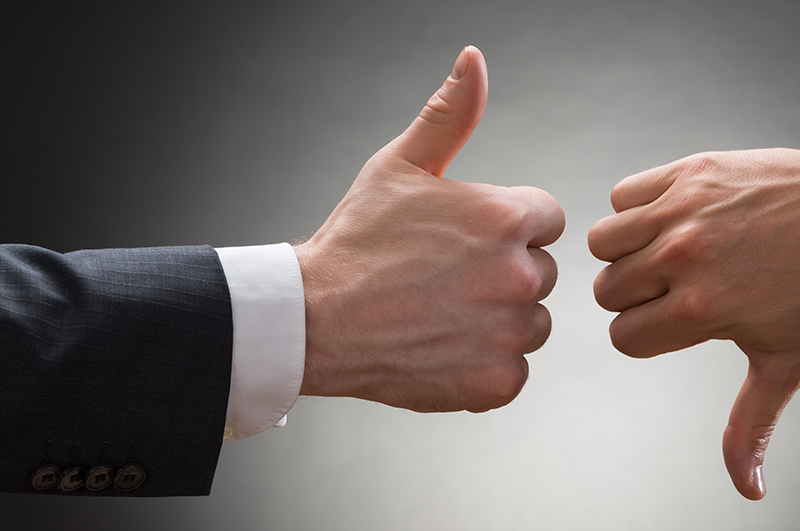 What a wild, weird and wacky week for optimistic economy watchers!

For someone like me who adds up the positives for the economy and markets that we invest in and then deducts the negatives, this has been a week of two halves. Firstly, the local economic data was more bad than good, which worries me that another interest rate cut might be needed locally, even before Cup Day. But secondly, the news from abroad was more good than bad, if you can see more negative interest rates in the EU as something that can be cheered.

Before explaining that last wild and wacky point, let me inform you that the ‘weirdlings’ in the stock market were positive about more negative interest rates, as the German DAX was up 0.41% and the French CAC put on 0.44%.

OK, let’s rewind on the week in bullet point form. Here’s the bad stuff that had me worried:

• The Westpac/Melbourne Institute survey of consumer sentiment index fell by 1.7% to 98.2 in September.

Against these negatives, excluding refinancing, the value of owner-occupier home loans rose by 5.3% in July, with investment loans up 4.7%. The number of owner-occupier loans lifted by 4.2%. In trend terms, the share of first-home buyers in the home lending market hit a 7½-year high of 29.1%

This was on top of very good auction clearance rates in Sydney and Melbourne in the highs 70% region, which suggests the property market is throwing off its recent huge negativity.

That said, the failure of both business and consumers to get more positive made me negative about our economy. My only offsetting positive thought was that the impact of the interest rate cuts and the tax cuts might need a few more months to really affect a household’s bottom line.

Also, there has been a lot of negative headlines about recession and that weak economic growth number, which said we were growing at only 1.4%. Combined they could easily explain the current pessimism.

This is how CommSec’s Craig James looked at the consumer sentiment number: “Consumers are feeling just OK at present with the latest sentiment index dropping below the 100 level that separates optimism from pessimism. Still, the latest confidence result is a victim of bad timing – the economic growth figures released last Wednesday were the weakest in a decade. The ‘news’ that most people remember hearing about over the past week was “economic conditions”. (News from ‘overseas’ was also high up the ‘recall’ list – again largely negative news.) Having said that, the economy has entered its 29th year of growth, extending the record expansion. But strangely that didn’t feature in a lot of media reports.”

There was one other standout news item from earlier in the week, which was a plus, but I’ll hold that for the moment.

The second half of the week brought the following that excited stock markets worldwide:

• First, President Trump agreed on Wednesday to delay an additional increase in tariffs on Chinese goods by two weeks, to effectively let the October 1 trade talks be conducted without the tension of raised tariffs, which were supposed to start on that day.

• This news followed other positive soundings that were coming out from officials close to the White House and Beijing.

• CNBC reported that “the US Treasury Secretary, Steve Mnuchin said the President could “strike a deal with China at any moment but wants a good deal for American workers.”

• And the ECB will buy 20 billion euros worth of bonds a month for as long as it takes to stimulate economic growth!

The man who once said “whatever it takes”, the ECB boss, Mario Draghi, told his last press conference: “In view of the weakening economic outlook and the continued prominence of downside risk, governments with fiscal space should act in an effective and timely manner.”

• The ECB also made it easier for banks to source money to lend to business.

These positive moves are desperate stuff and gives reason for a doubting Thomas and Nervous Nellie to fear that this good news is only positive if you can ignore the problems it’s trying to eradicate.

That said, you have to hope that Donald Trump and his team understand that his trade war needs to end or de-escalate to help the global economy rediscover its economic growth mojo.

And on that subject, earlier in the week, UBS’s economics team tipped the September economic growth number would come in at 0.8% and the end of year growth figure would be 2.4%, which is way up on the 1.4% result we saw for the year to June.

They think tax cuts will be a game changer for our economy. And if we can get the positivity from a trade deal on top of an improving attitude in the housing sector, then we could be off to the races around Cup Day! That should return great dividends from the stock market. And in 2020 we could see more jobs as well as wage rises.

Yep, a slowing economy, falling house prices, a trade war and a scary election can lead to greater reliance on the bottle. This economy of ours needs to improve to reduce the chances of us all becoming drunks!