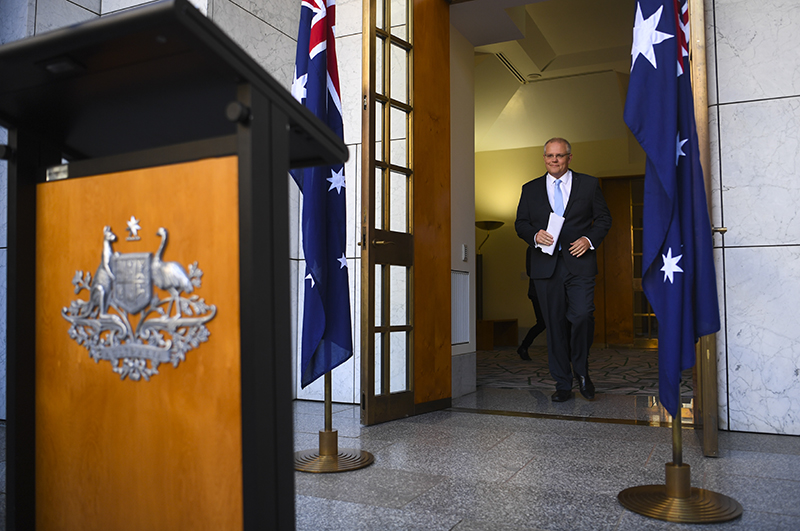 We vote on May 18. Pity we haven't had a recession!

On May 18, we go to the polls to make Bill Shorten or Scott Morrison our next Prime Minister. And you should know that economics will determine the result. Because of that, I’m going to write something that is so foreign to me — it’s a pity we haven’t seen a recession in 28 years!

Before you decide to admonish me, remember that I’ve been lecturing, criticizing Treasurers and RBAs for 28 years to try to avoid a recession, because I remember the last one of 1990-91. I’ve slagged Paul Keating and his excessive interest rate policy. I argued the timing of the GST with John Howard was economically poor and risky, despite the fact I sold over 15,000 copies of Whose Afraid of the GST? and then over 130,000 copies of GST: Your Questions Answered. I’ve been supporting the RBA with their current “on hold” policy on interest rates, though I’m wavering on this right now. But a few years back, I was relentless in my criticism of then Reserve Bank governor, Glenn Stevens, who kept interest rates too high for too long.

I try to be my “own man”. That means I’ve never been invited to The Lodge or Admiralty House by either party when they’re in power. I did get one invite to an RBA catch up with Bernie Fraser at Martin Place, when he was RBA Governor but I think I was a little too frank about some questionable policies so I’ve never dined again with our central bank bosses.

More on my “pity we haven’t had a recession” lament later.

I’ve been writing for over six months that the election would be on May 18 because Malcolm Mackerras told us this date here in his column in Switzer Daily. I’m sure he’ll note the inaccuracy of my recollection and tell me it was say seven months ago or something but that’s Malcolm.

In fact, to avoid his gentle scolding, I actually relied on my search engine to give me accuracy. Malcolm predicted May 18 on July 31 last year after the Super Saturday by-elections. That was a huge, spot on call.

And that was even before Scott Morrison became Prime Minister!

This election has me very conflicted. I taught the PM Economics at UNSW in the 1980s. I captained Malcolm Turnbull when we were 21 years of age at North Bondi Surf Club. And Bill Shorten has told me that he told his wife that he thought I am my “own man” when it comes to what I write with political/economic stuff. That is, he doesn’t think I’m influenced by the media outlets I work with, which is something I’ve tried to do in my 30-odd years in the media.

That said, I am biased when it comes to politics. Call me an economist but I have to believe in the positivity of the economic agenda, with its likely impact on the economic outlook and the policies promised.

Over the years I know my daily (and I mean daily) reading and analysis of economies here and abroad and the financial market gyrations that determine levels of business and consumer confidence, which roll on to economic activity, jobs and investment by businesses to sustain job creation, are crucial to family happiness.

Last week’s promised tax cuts from Scott and Bill saw the Westpac consumer sentiment pop over 100 yesterday, telling us that now optimists outnumber pessimists. This is just one example of where good economic vibes help confidence and then the economy.

Undoubtedly, the Coalition’s hopeless management of its leadership makes it the underdog for this election, though I do believe, in a troubled, conflicted, excessively media-intrusive world where political parties find it nearly impossible to wallpaper over internal division, Scott Morrison has done well since he became PM.

With Morrison we’ll get the same kind of policies that have helped create record jobs growth and unemployment of 4.9%. Our jobless rate averaged 6.84% from 1978 until 2019, reaching an all-time high of 11.2% in December of 1992. That was a consequence of Paul Keating’s “recession we had to have” and it explains why I’ll risk friendships with politicians, governments, central banks and even short-sighted bankers, insurers and mining giants, who have copped my public bagging in doing what I’m expected to do, which is to explain the economic consequences of stuff.

Bill Shorten has become increasingly professional in managing his team and the media but his economic policy offerings and the timing of these policies concern me.

I think his assault on all retirees who receive tax refunds from investing in stocks is bloody-minded and unfair. If he’d said he would put a cap on the refunds of say $10,000 or $20,000, I’d still say it’s harsh to change the rules when retirees were encouraged to look after themselves but this decision would be fairer.

That said, the Senate could easily make this rule change fairer than Bill is planning.

I can live with his changes to negative gearing but I think introducing them along with the capital gains tax discount reduction from 50% to 25%, with house prices already falling, is a dumb idea. I would’ve liked Chris Bowen to have said: “We want to introduce these changes on January 1 but if the economy isn’t ready for it, we’ll delay it so as to avoid hurting the economy.”

Labor is talking about raising wages but if jobs are destroyed, those unemployed won’t get a pay rise.

All I want to see from Labor, which has some good social policies on education and hospitals, is a sense that they’ll be economically-sensible. And I have to say, I’m apprehensive about the future when I’m going to have to hope that our crazy Senate will have to moderate the extreme aspects of Bill’s policies!

But at the end of the day, voters determine who will reign in Canberra and the fact that we haven’t had a recession for 28 years means a lot of people don’t know what bad economics and a gut-wrenching recession can create.

When you have 11% of the workforce out of work, more than one in 10 Aussies have to cope with rejection, house-selling when prices are falling and job opportunities shrinking as businesses go bankrupt or downsize. Banks become scared and won’t take risks with people and businesses they believed to be strong and reliable.

This is why I want the next Labor Government (if it’s to be a reality after May 18) to be one where they break silly election promises that they pitched to a hoard of voters who don’t know what a recession is like. And if they can’t break promises for economically responsible reasons, then I hope the Senate makes them.

While Bill Clinton should never be held up as “the man” when it comes to virtues and political leaders, he was an astute politician and President of the USA.

Every politician and every voter should heed his words:

“It’s the economy, stupid…”. A great economy can provide social welfare, manage the costs of making changes for climate change demands from voters and all the life pluses that come when you live a country that hasn’t had a soul-destroying recession for 28 years!

It’s going to be interesting to report on the promises of this election but I really wish Bill would make one and it would go like this: “I will break promises if the economy tells me to.”

Now that would be a Labor PM that this “own man” could vote for.