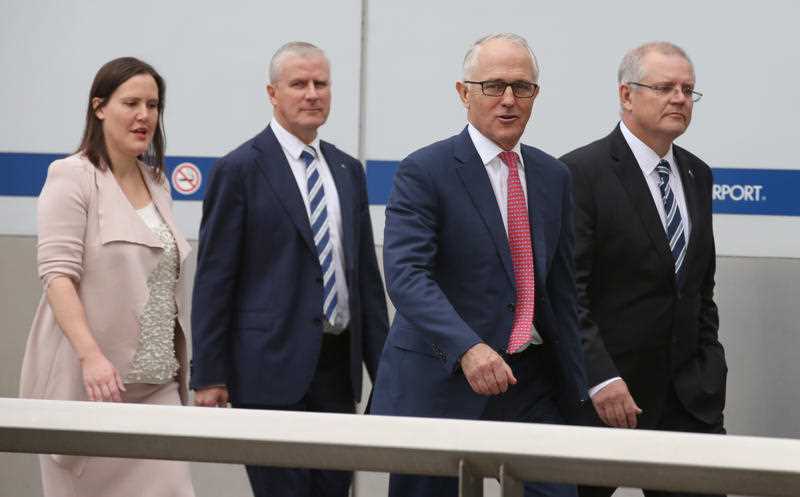 We need to talk about Afterpay and other gig economy businesses

The so-called “gig” economy is under pressure, as the convenience of these new age businesses starts to clash with what people think is right. And a business I feel remotely responsible for — Afterpay (APT) — has recently copped criticism for its methods that have created a stock market hailed business.

Afterpay’s stock price over the past year has gone from $2.95 to $5.35 but it was around $7.80 in early March. However it has suffered along with a lot of our stocks, following the US President’s tariff plays. That said, this company, which has been a market darling, has been copping some social headwinds along with other businesses in the gig economy.

The AFR recently showed us how promising this business is, with the following: “Afterpay's shares are trading at 60-times next 12-month earnings per share and 32-times forward EBITDA, according to S&P Capital IQ's numbers.”

Afterpay is not in the gig economy but it’s a new age concept based on the old world lay-by system of purchasing what people once thought of being pricey products.

The term “gig” economy applies to the temporary workers who are determined to be independent workers/contractors, who deliver our food from restaurants and pedal bikes with improbably big boxes on their backs. Intuit in the US tells us that 40% of US workers will be independent contactors by, wait for it, 2020.

The likes of Uber, Airtasker and so on are redefining employment and small business, where a public servant by day can be an Uber driver by early morning and late night.

Income hungry workers jumped at the chance of augmenting their income when these businesses arrived on the scene and consumers loved to be rescued from the clutches of taxi drivers, but like many outside the square solutions to a problem, there can be casualties and unintended consequences.

Unfortunately, leadership at all government levels has been pathetic, partly explaining why the Yanks now have Donald Trump as President and our leaders at home look about as useful as tits on a bull!

In case you don’t know much about it, Afterpay permits consumers to buy stuff, take it away or have it shipped, and they’re expected to pay the price in four installments per fortnight and the money comes straight off the buyer’s credit or debit card.

The shopping service is apparently really popular with female millenials in particular. The AFR says the company has 1.8 million customers and they had 1.5 million only three months ago. So despite criticism, it’s growing by 3,300 customers a day!

Some 14,000 retailers are using the service and this is an important point for the company’s defence against its critics.

What sounds great about the service is that there are no interest or added fees but there are late payment fees, which explains the criticism of the company. And the company’s share price has been trimmed as its management tries to address some of those criticisms.

I’ve been watching this company with interest as I’ve interviewed the CEO Nick Molner on my TV show and many years ago I taught economics to the executive chairman of the company, Anthony Eisen.

Apparently, Anthony, who was brought up in a very entrepreneurial family, noticed Nick when he was selling jewellery via eBay, and after putting their heads together, out came Afterpay.

Right now, the management of the company has to get its head around responsible lending to hose down the heat it’s copping.

Better fraud checks and a capped late fee are to be introduced and the management is reminding us that 80% of the company’s revenue comes from the retailers who use the platform, which means 20% is coming from late fees.

Being a more socially acceptable player means less profit per customer and that partly explains why the share price has dipped 30% since its March highs but interest in the company and its future remains high.

According to Street Talk, Citigroup will provide the company with a $200 million funding package, making it Afterpay’s biggest stakeholder. Clearly, businesses like this have a significant future, if Citi knows what it’s doing, and Bell Potter lifted its price target to $10, though Goldman Sachs cut its target from $7.90 to $6.30, citing as headwinds these credit defaults and problems bedding the business into the USA.

Away from this money-making or losing speculation, like many of our new age businesses, Afterpay needs to be made more society-friendly and it looks like the management is addressing that issue. However, many of these gig economy businesses look excessively exploitative of workers, or seem to disregard their impact on their fellow citizens, as these damn stray bikes everywhere prove. This lack of willingness to defend the social good shows why our political leaders are so poorly regarded.

Political leaders need to step up and get some guts. If you want to see a politician with guts, check out this video of the former Kiwi PM, John Key.

Senator Edward Kennedy gave us a definition of what we want from a political leader, with his eulogy for his brother Robert Kennedy.

“My brother need not be idealized, or enlarged in death beyond what he was in life; to be remembered simply as a good and decent man, who saw wrong and tried to right it, saw suffering and tried to heal it, saw war and tried to stop it.”

New age businesses have a lot of positives for the economy and society. However, mature and courageous politicians need to draw a line to make sure that for society’s sake, these great ideas are tested and tweaked.