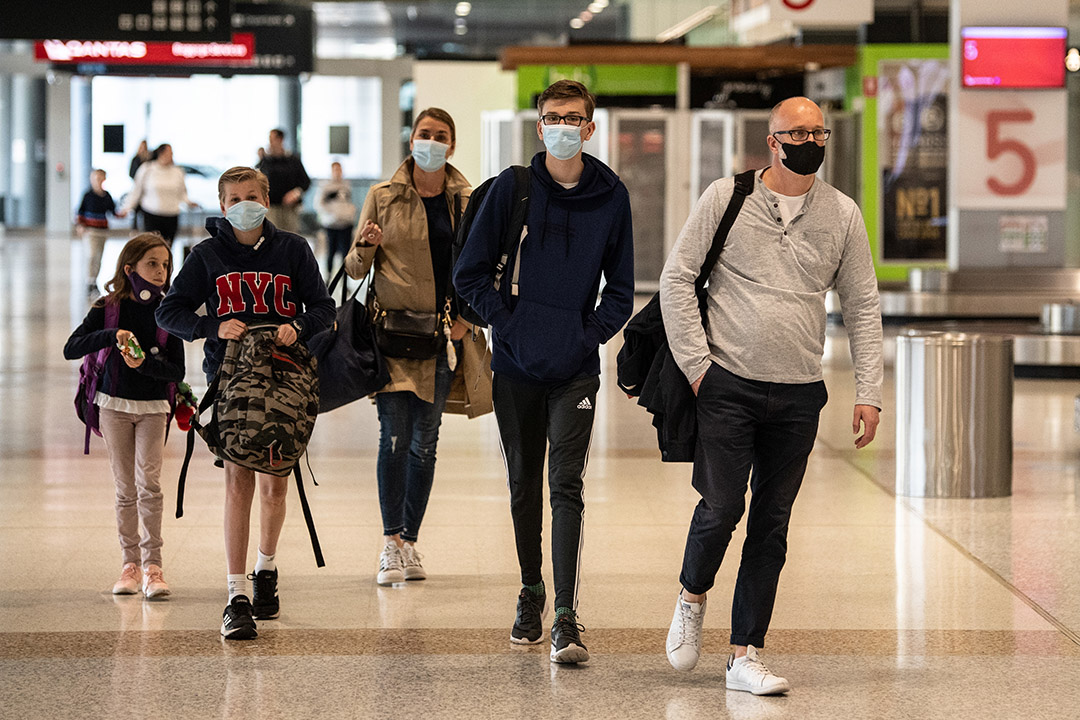 We need ‘no guts, no glory’ politicians

Overnight the US reported that a whopping record 4.8 million jobs were created in June compared to the 2.9 million economists expected and Wall Street shot up on the news. But a bit of ground was lost when it was announced that Florida recorded 10,000 new Coronavirus infections in one day!

Meanwhile the US top medico Anthony Fauci is warning that you can’t let the economy win over lives. But this raises the question: how can we save lives and the economy simultaneously? I think it will depend on wise and gutsy politicians.

When I try to work out how we nail this Coronavirus conundrum so our economy isn’t forced back into lockdowns and closures, I can’t help thinking about the US city of St. Louis in 1918 during the Spanish flu. I’m also focused on Hong Kong, as Beijing applies its foot to the back of the island-economy. And then there’s our horrific death toll on our roads.

And the common link is underwhelming weak politicians. Let me explain, starting with a bit of a history lesson from the Spanish Flu of 1918-20.

In March 1918, the first case of the pandemic popped up in Philadelphia. Two days later, St. Louis discovered its first case. The latter city made victims quarantined in their homes, public gatherings were banned and social distancing was the go.

National Geographic’s Nina Strochlic and Riley D. Champine tell us that studies on the Spanish flu reached another important conclusion: “That relaxing intervention measures too early could cause an otherwise stabilized city to relapse. St. Louis, for example, was so emboldened by its low death rate that the city lifted restrictions on public gatherings less than two months after the outbreak began. A rash of new cases soon followed. Of the cities that kept interventions in place, none experienced a second wave of high death rates.”

Interestingly, Wikipedia points out that “maritime quarantines were declared on islands such as Iceland, Australia, and American Samoa, saving many lives…” And we actually dodged the first two waves. But in January 1919, a third wave of the flu hit Australia, “where it killed 12,000 following the lifting of a maritime quarantine…”

That would’ve coincided with troops coming home from World War I.

The lessons are clear: you can’t get back to normal too quickly and you have to keep outsiders out for as long as possible. And as writers at National Geographics conclude: “the key to flattening the curve was social distancing.”

And that’s where Hong Kong comes in and their happiness to mask up. Ahead of the pandemic hitting a town near you, Hong Kong students were protesting against Beijing’s proposed tough security, which now have become law.

There was no social distancing but if you look at the deaths per million in Honkers, it comes in at 0.9 people! Vietnam is 0, Singapore is 4 and we’re 4 as well.

What seems like a sensible conclusion is that in many countries where they mask up, the threat from the Coronavirus reduces. Hong Kong was deep into public gathering protests as the virus hit but mask-wearing either to avoid detection by the police or because many Hong Kong residents wear masks when they go out, clearly has helped them to beat COVID-19.

So it seems sensible to ask: if we’re doing well because of our restrictive policies and our island status, why wouldn’t we mask up as insurance against a second-wave threat?

Call me an economist but we should be doing everything to get people on buses, trains and trams. We need office workers on lifts and in their offices to get the CBD economies back to normal. And we need crowds at footy matches, big race days, concerts, cinemas and in shopping precincts, without increasing the chances that we’ll be forced back into closures and lockdowns.

This call to mask up will cheese off a lot of free-wheeling Aussies who would shudder at the thought of being cooped up in a mask. But the day-to-day likes and dislikes of free-wheelers should be ignored for the greater good.

If we all mask up, then maybe these things won’t happen:

Putting it altogether, if the payoff of wearing masks for a short time (say a few months) is an economy that gets back to something like normal sooner than if we didn’t mask up, then I’d pay the price!

We could also get back to going to the footy sooner and we could buy club masks in our favourite team’s colours.

So how will we be forced to mask up?

Well, politicians will need more guts to make us. Our leaders are scared to tell us what to do and it shows how they and we ignore our horrendous road toll.

In May alone, 86 Australians died on our roads. Last year we lost 1,194 people through road fatalities. Their deaths would have crushed families forever! Politicians had guts when it came to COVID-19 and we only had 104 deaths compared to say Austria, which has a population a third of ours and yet had 705 deaths.

In NSW, the five fatal road safety issues were:

3. Not wearing a seatbelt:

5. Distraction, including too many people texting while driving!

Politicians are weak on bad drivers and the results speak for themselves. And that’s why I hope they get some guts and force us to wear masks for the sake of the economy and the people who live in it!