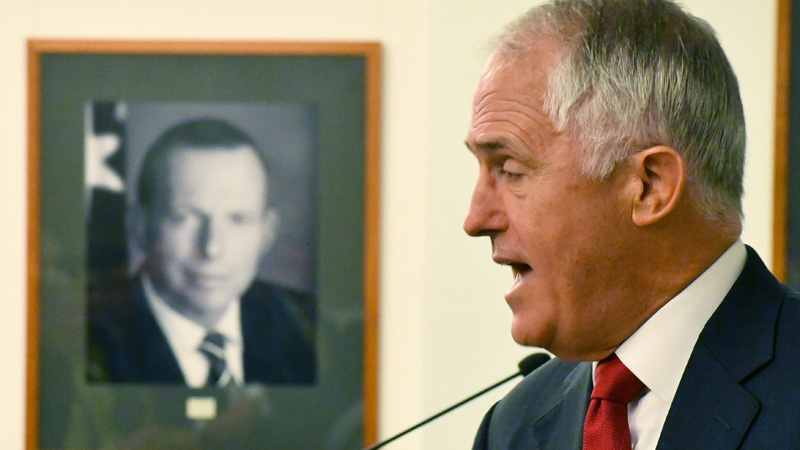 Ahead of the footie season, which is only weeks away, I had an unusual reminding of how important the power of a champion team is over a team of champions. And it also made me think more deeply about that old cliché that “there is no I in team.”

It came to me when I did something unusual last Saturday night: I went to the first round game of the Super Netball between the Melbourne Vixens and the Collingwood Magpies.

It was a first for me to see this game live and professional, and we were entertained by some great athletes in an exciting game.

The Magpies were the favourites after recruiting five of the Diamonds (our national team) to make themselves a formidable force in this new competition. But the old rule applied — a champion team ultimately beat a team of champions in the dying moments, after the Magpies looked the better side for most of the game.

It was a great battle and at long last women are getting a fairer go when it comes to professional sport, media coverage and fan support. Hisense Arena was packed to the rafters and when the Vixens won 58-55. My mate Steve Gatt, who’s the CFO for the winners, jumped for joy, crying out “this will be great for memberships!”

Forgive him because he is an accountant, sports nut aside! It also brought back to me how important developing great teams is to success in so many areas of high endeavour.

If you want a great business, a great sporting team or a great family, it’s about the CEOs/coaches/parents leading so well that he/she creates a great team mentality.

Last week, we learnt that the CEO of Ramsay Health Care, Chris Rex, was planning to retire. His company, as per usual, reported well but his exit brought the share price down. I suspect it won’t stay down because of an answer he gave to my last question when I interviewed him on Thursday.

The question was: “Why is Ramsay so good?” He replied: “It’s because of the Ramsay way.”

He explained the founder Paul Ramsay, who passed away three years ago, emphasised the importance of looking after the patients and the people in his business the way you’d want your family to be looked after.

Chris was COO (chief operating officer) for 13 years before being CEO for eight years and recalled how I spoke at a conference for the company 20 years ago at Uluru. He remembered my presentation and I remembered the experience, as there was an aura about Paul Ramsay and his team that was really positive and screamed ‘we’re an organisation you should believe in’.

Here’s the stock market chart that plots what happened after that time and it graphically shows what great leadership that creates great teams can produce:

It’s no wonder I was thinking about the notion of ‘team’ last Saturday night in Melbourne because, on Friday, I had the great honour to ring the bell at the ASX on our newly listed Switzer Dividend Growth Fund.

It’s my name on the fund, but there are other Switzers behind this success story — my wife and business partner Maureen and my son Marty, who has been a driving force behind the establishment of this fund. My son Alex has been important to the digital strategy that has helped build up a loyal audience of readers and subscribers, many of whom contributed to the $53 million that came to the fund before listing.

But the Switzer team/family hasn’t stopped there, as we welcomed the likes of Paul Rickard, who was the founding CEO of Commsec, who bought into our ‘team dream’ to become a business partner.

He not only brought money but expertise that helped us plot the path to us ringing that bell together.

But wait, this team-building story doesn’t stop there.

My dearly departed Dad, who I lost when I was 22, always said that you’re judged by the company you keep. And my old mate Gerry Harvey has counselled me that a lot of his success was based on the people he hung out with, who showed him stuff that gave him an edge.

This is where George Boubouras, the chief of Contango Asset Management, became an important part of our team. George and his funds management team was to put into a fund what I think is a very sound way of building wealth by investing in great dividend paying companies that actually grow their dividends.

What George doesn’t know about financial markets isn’t worth knowing.

Adding insight to our expanding finance team is Charlie Aitken. When Charlie talks about stocks, the finance media listens. And so do many Aussie investors.

Locking us all in is a great team of Switzer employees, who have chosen to spend a big part of their life working with us. We value that.

This brings me to the Turnbull team troubles.

Speaking at the launch of his new book Making Australia Right on Thursday, Tony Abbott pointed out that 40% of us didn’t vote for the Coalition or Labor at the 2016 election.

Being in the political wilderness has given Tony five big ideas, which will be his manifesto to get his old job back. Here they are:

4.   Stop all new government spending so we don’t rip off our grandkids.

5.   Reform the Senate to beat the deadlock stopping necessary legislation being passed.

This will be appealing, especially to Pauline Hanson fans and maybe a silent minority of Aussies. Tony will be hoping it is a silent majority, which Donald Trump tapped into.

Trump isn’t unusual in using division to win power, as there is an old saying: “Divide and rule.”

However, some great leaders in the past have actually done it by building great teams, made up of impressive team players. Bob Hawke did it and so did John Howard. Leaders since then have failed to grow in stature as a leader or as builders of a champion team.

To some experts on teamwork, TEAM says ‘together everyone achieves more’. And one of my favourite quotes of all time came from Sir Isaac Newton, who said: “If I have seen further, it is by standing on the shoulders of giants”.

What our political parties have to do is look at great companies, such as Ramsay, and great families we might admire. Henry Ford argued: “Coming together is a beginning, staying together is progress and working together is success”. And who would seriously dispute this?

It’s all ahead of the Prime Minister, with Tony Abbott (armed with his new book) breathing down his neck.

I hope for the sake of the economy, which I think is on the comeback trail, that we don’t have to face another leadership challenge. However, if Malcolm hasn’t built the team that can last and stick together, there will be primarily only one man to blame.

US preacher, Max Lucado, gives all leaders great advice with, “a man who wants to lead the orchestra must turn his back on the crowd”.

A great orchestra has a great conductor and a great team and they play the music we all want to hear.