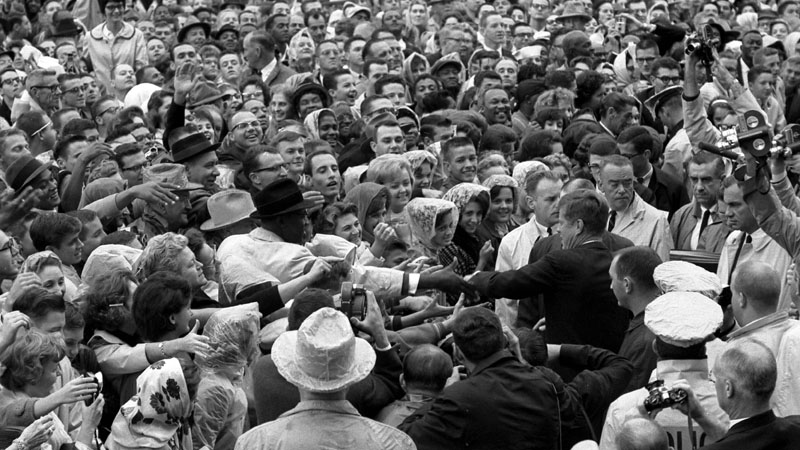 We have to talk about Malcolm

If we can believe popularity polls, Malcolm Turnbull has a love problem – we just don’t love the guy and I reckon it’s because he has a connection difficulty. And if that’s the case, we potentially have an economic problem.

The greatest threat to our pretty good economy is the possibility that Tony Abbott will keep undermining Malcolm Turnbull. Canberra under Labor created a crisis of confidence that hurt business and consumer sentiment with the Rudd-Gillard-Rudd play. And it happened again with the Abbott-Turnbull switcheroo and if we have to endure another reversion to the ‘same old’ in Tony Abbott as PM, then we just might see the economic slowdown that some doomsday economists have predicted.

Westpac’s chief economist Bill Evans told me on my 2UE radio show this week that leadership tussles in Canberra can affect confidence negatively. And if you want to see what political leaders can do to confidence, have a look at this chart from when Malcolm replaced Tony.

Let me help you understand this initial big vote of confidence by talking you through what you see.

In July and September 2015 when Tony was PM, you can see the confidence curve dropped. August saw a spike and interestingly there were headlines around such as: The Stage is set for a Turnbull Challenge. Then in October after Malcolm took the top job, confidence shot up again and even though there have been ups and downs, what economists look at is the trend and it’s basically gone from a reading of 92 to 102, which is an 11% gain and now optimists outnumber pessimists. 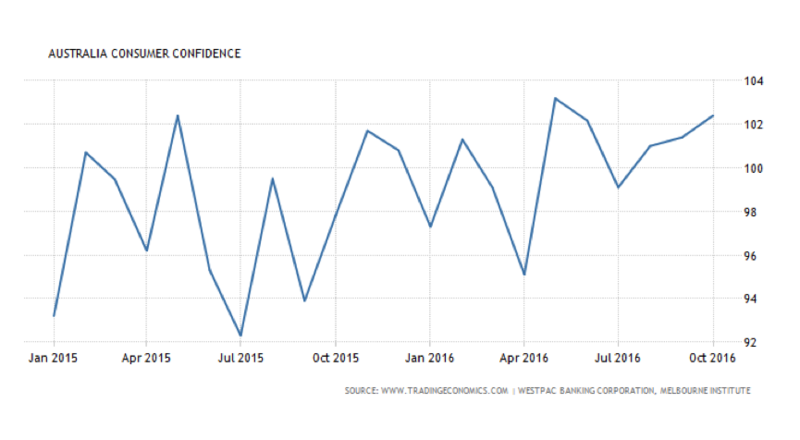 But what worries me is Tony’s latest plays in the media around how the Libs select their politicians. Hopefully this is not the start of a destabilisation campaign but it looks like it.

The latest Newspoll also is a concern.

The news was not good for Malcolm but it was better for Bill Shorten and Tony, though the figures show what a leadership problem we have here and I suspect it gets down to a lack of connection and love!

So what needs to be done?

Well, Malcolm Turnbull needs to go from a potentially good Prime Minister (which still lies ahead of him) to being a great PM. We desperately need a great leader after a spate of also runs in Kevin Rudd, Julia Gillard and Tony Abbott.

Bob Hawke was a great Prime Minister even though he had some personal shortcomings. Who doesn’t? The only thing is that other people are less in the public eye and are far sneakier at covering them up.

However unlike many of our PMs, Bob (on his own admission) was having a ‘love affair’ with the Australian people and I think for a time the feelings were reciprocated.

John Howard had his dissenters but the people of Australia made their choice and his four election wins tell us he was the kind of guy this country wanted and even begrudgingly nearly loved. Clearly, to a majority, he was a great PM.

So what’s wrong with Malcolm? He’s got a love problem.

John Maxwell, who wrote that great book Malcolm should read – The 21 Irrefutable Laws of Leadership – says we’re all getting good at communication but not enough of us are great at connecting.

On the second and third, the jury is out on the Government, with only the super changes in the Budget seen as their greatest reason for not trusting them but they have softened those blows and the reforms did not stop them from being re-elected, though the small majority they’ve been left with is not easily ignorable.

It’s on the love thing that Malcolm needs a lot of work. Maxwell, who is one of the most sought after leadership speakers on the planet, says connecting to followers is the hallmark of great leaders – that’s when followers feel the love.

In his book Everyone Communicates, Few Connect, he links connectors to someone who can show the love to others – potential followers.

He said when he was young when he was a pastor he thought leadership was getting followers to buy into his vision. Doesn’t this sound like typical politicians?

Then he said he met a man who told him something that changed his life. The wise one said: “If you want to help people, first get what they want and they will help you get everything you want!”

He said he did not get what connecting really was.

He says too many leaders are like someone on a mountain who say ‘c’mon folks, come on up, here I am’ but if he looks around and no one’s following him then he’s not a leader, he’s a hiker!

Maxwell says leaders never cross the finish line first because they would be running alone. Leaders finish with their team and this is an important message for Malcolm.

The simple message is that connecting is about others and this contrasts so much with how many Malcolm Turnbull experts assess the PM. It has been argued that being Prime Minister was the main game and while that might be an incorrect view, it’s clear-cut from those Newspoll figures that he’s not connecting.

Maxwell says he knows why he did not understand about connecting because he was immature and immature people don’t think of others first, they think about themselves.

In one of his speeches, he talked about his grandchildren who in the afternoon would ask to go for a ride in his golf cart when they came to stay at his house, which is on a golf course.

Between the 9th and 10th hole they stopped at the shop and he buys them a hot dog, a coke and a candy bar.

“I know you think it’s junk food,” he said. “But I don’t care. I fed my kids (their parents) good food, it made no difference!” It’s clearly a joke but the point he makes is that his dear grandchildren never come down and ask: “What do you want to do, Pa?”

Immature people don’t love maturely because they put themselves first. And why do they do that? That’s easy – they’re immature.

The first principle of connecting is all about others. In his five levels of leadership, Maxwell says the first and easy level of leadership is about people following you because you pay them. The second is because they like you, while the third level is because of what the leader has achieved. On the fourth level people follow you because of what you have done for them and the fifth is when you have all four other levels working for you.

Malcolm is at level three – he’s a high achiever – but right now he’s not connecting and we’re not feeling the love.

G.K. Chesterton has a great message for Malcolm: “The way to love anything is to realise that it may be lost.”