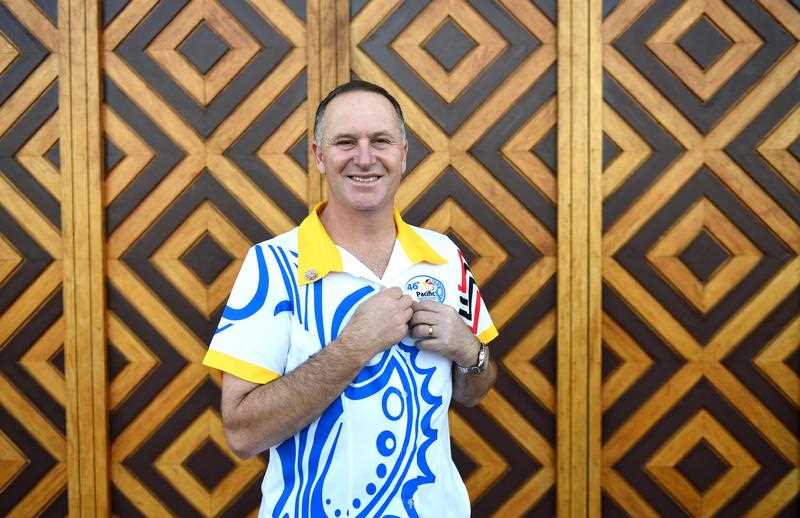 We can learn a lot from the Kiwis! Really we could

It’s probably only on ANZAC Day that we think positively about our cousins across the ditch. For most of the year, we find ourselves competing with Kiwis!

Well, that’s not entirely true because some of our work and life mates are from the Land of the Long White Cloud but we have to wait until they say ‘sux’ instead of six or ‘fush and chups’ before we know their origins!

We can be pretty supercilious about Kiwis until they beat us at sport and, at least two out of three times a year, the All Blacks remind us who’s boss when it comes to rugby. In recent years, however, this little country has impressed me.

They have something worth admiring and it’s not because they live with a 15% GST on virtually everything and don’t whinge about it as being akin to killing orphan babies at birth like we do here!

The penny dropped for me when I was driving to 2GB on Tuesday night to do my Super Show at 9pm and my colleague at the station, the ‘very right’ colleague, Andrew Bolt, told listeners about a very moving speech from a Year 12 student, who was Senior Monitor (or School Captain) at Christchurch Boys’ High.

Jake starts his speech at the end-of-school and prize-giving function, telling the audience that doctors had told him he had cancer and he had three weeks to live if he didn’t get immediate medical attention!

He came in a wheelchair and gave his speech that he wrote before the shocking news. I’ve heard some of the greatest speakers in the world from Anthony Robbins to Jim Collins in business to the likes Churchill and Clinton on TV but Jake Bailey’s effort was right up there. His words were spellbinding.

His reading of those words was inspirational and it made you wish like hell that his doctors perform miracles. This is a young man that not just New Zealand but the world can’t afford to lose.

I commend this YouTube video to anyone who’s committed to not wasting a precious minute of your life. Jake is a credit to his parents, his school and his country and he shows us what all of us should aspire to, which is a damn good effort for an 18-year old.

In his speech, he quoted one of the best observations on life from US President Theodore Roosevelt, who once told us: “It is not the critic who counts; not the man who points out how the strong man stumbles, or where the doer of deeds could have done them better.

The credit belongs to the man who is actually in the arena, whose face is marred by dust and sweat and blood; who strives valiantly; who errs, who comes short again and again, because there is no effort without error and shortcoming; but who does actually strive to do the deeds; who knows great enthusiasms, the great devotions; who spends himself in a worthy cause; who at the best, knows in the end the triumph of high achievement, and who at the worst, if he fails, at least fails while daring greatly, so that his place shall never be with those cold and timid souls who neither know victory nor defeat.”

At the end of his speech, Jake got a standing ovation and his mates did an impromptu haka — this was an impressive mob!

I know we clobbered the Black Caps at the Gabba this week but cricket is our long suit and we have more cricketers over here so we should beat them. And you might not know this but the Kiwis have more rugby players because the sport is more important to them than us but there is something special about the All Blacks, which is one of the greatest national teams of all-time.

They have something old fashioned, very professional and centred in collegial support. They are inspirational and Dan Carter’s game-winning field goal from 40 metres out at a crucial time in that World Cup final at Twickenham not long ago typified how special Kiwis can be.

And a speech by their PM John Key was another that knocked me over when he was inviting his Labor opponents to, as he said “Have some guts!” This was the kind of speech that all citizens of any country would have been proud of their leader to stand up and be counted on. See it here.

Yes, I know that the Kiwis are not the Messiah and yes, I know they can be “naughty boys”, as a Monty Python character once observed about Brian in the Life of Brian, but they do have an old fashioned way about them that we could well think about learning from them.

Right now, we have to beat negativity to help this economy of ours grow faster next year. The Turnbull effect has helped consumer confidence, which this month saw optimists outnumber pessimists for the first time since the positively-received May Budget but we need it go higher.

Rate rises, GST-talk and super taxes could rattle some Aussies’ confidence but I hope we can see it as healthy debate and we get on with buying and making stuff, creating jobs and getting on with a more positive life.

I reckon if each one of us watched Jake Bailey it would be a damn good start to making us realize that there are sensational people out there and there are so many good reasons to live a more valuable and larger life!

I know this is unusual for me — writing about a school student and praising Kiwis but as Jim Rohn advised: “If you are not willing to risk the unusual, you will have to settle for the ordinary.”